I got up too early today!! It was pitch black at 6am and I had to wait until nearly 7 for it to get light enough for a birding walk. When I did eventually get out it was very quiet, I walked my new southern route along the stream but it wasn’t until I entered the meadows that I started listing a few species. 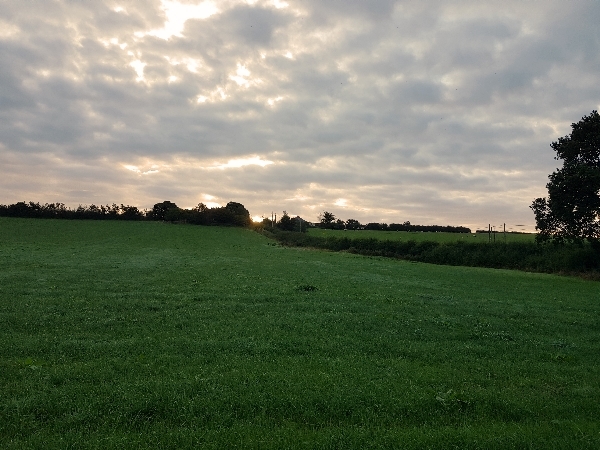 sunrise over the meadows at Stoford

Chiffchaff numbers were down I only saw one today and I never bumped into a mixed feeding flock along the southern route. A Great Spotted Woodpecker flew over me and a Green Woodpecker perched on the side of a telegraph pole. Most of the common woodland species appeared at some stage and a huge flock of hirundines descended onto the meadow for a couple of minutes, Barn Swallows made up 80% of the flock and both House and Sand Martins made up the rest. A Grey Heron flew up from the grass meadow and a few Herring Gulls drifted over but my new ‘pal’ the Kestrel was absent today.

The second part of my walk was into Yeo Valley I didn’t go too far because the sky turned quite dark. A nice surprise was the sighting of a Grey Wagtail, this is my first sighting of this species in the stream for almost a month! I saw both woodpeckers again and the usual Pheasants and Red-legged Partridges were sitting in the cropped fields, a pair of Ravens sat in a pine tree and a lot more Martins were flying around the trees on the western ridge. 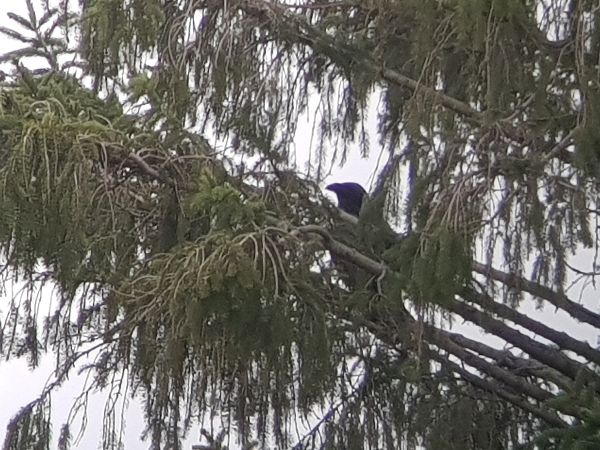 as you can see I still haven't taken a good picture of a Raven in the Valley!

As I walked back home it began to rain and before I got to the exit gate I bumped into a mixed flock of Long-tailed Tits, Great Tits, Blue Tits, Chiffchaffs (3) and a Willow Warbler. Then I got a message telling me that a Firecrest had been found in the car park at Sutton Bingham, unfortunately I had other plans so I couldn’t go to look for it. 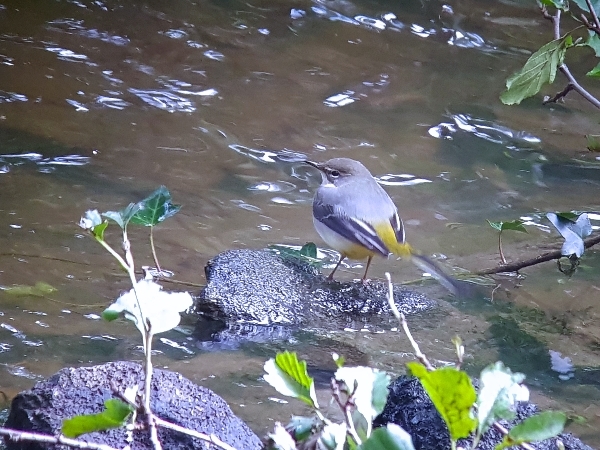 At 10am Dawn and I drove to the Somerset Levels, we planned a walk on the relatively new reserve called Shapwick Moor and afterwards we had arranged to have lunch with some old friends, Les and Carol, who are on a short break from their home in Bracknell. As we arrived at the reserve it poured with rain, so we waited for 15 minutes before ventured out. 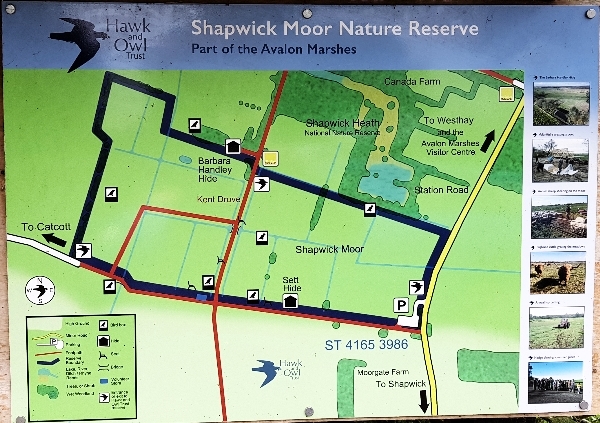 A relatively small and new reserve which was acquired by the Hawk and Owl Trust in 2007 is now open to the public and consist of wet meadows and ditches, with well maintained paths, view-points and hides. It was my first visit and I could see the potential of the site, recent management has concentrated on the restoration of arable farmland to wet grassland. Rich flower meadows with ditches and rough grass margins will be excellent for owls. Several owl boxes have been positioned in the meadows and I noticed that one of them held a pair of Kestrels. 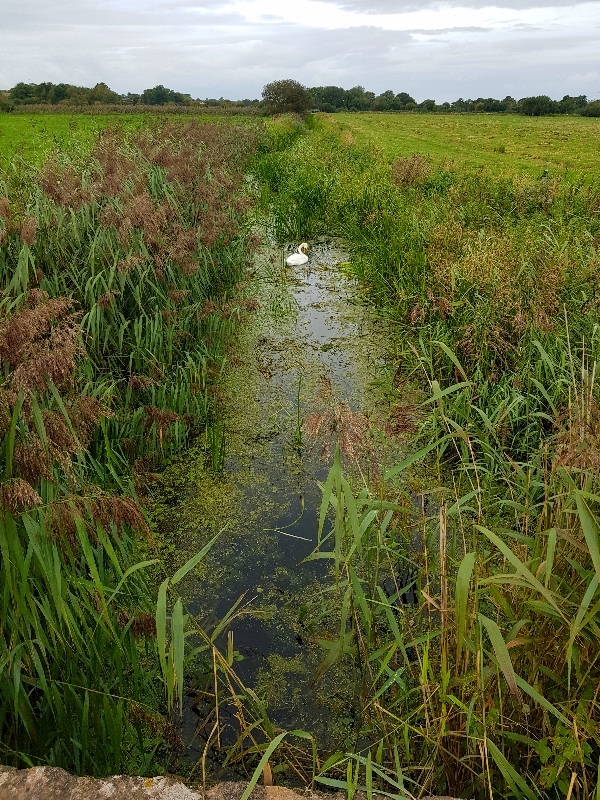 We walked to the ‘Barbara Handley’ Hide where a series of well placed feeders were attracting a good number of birds, we saw Chaffinches, Blue & Great Tits, Goldfinches, Dunnocks, a Robin and a pair of Great Spotted Woodpeckers. The meadows were dry just now, but we did see a number of Mute Swans and a couple of Grey Herons. 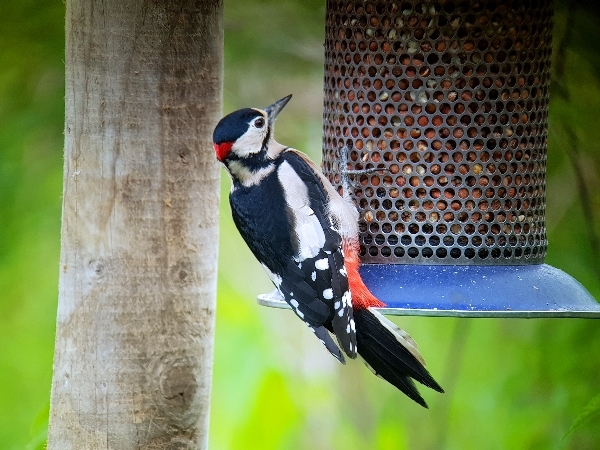 We left after an hour and drove to Wedmore to meet Les and Carol where we all had a nice lunch and a long chat, it was great to see them again. On the way home Dawn and I popped into the hide at Catcott Low, I was hoping to see a Wood Sandpiper which had been a recent visitor. In a field along the lane we saw 12 Cattle Egrets and from the hide I listed: Little & Great Egrets, Gadwall, Mallard, Kestrel, Buzzard, Marsh Harrier and a single Whinchat. 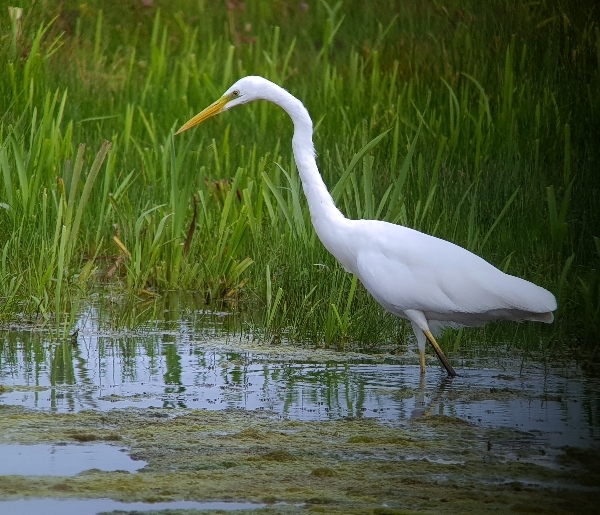 It rained once more as we made our way back home at 4pm.