There was a beautiful clear blue sky waiting to greet me this morning and there was much better light than yesterday. I left the flat just before 7am and walked to the stream, taking the track southward as I have done during the last few walks. I never went into the wooded area but stayed in the meadow to watch the hedge as it had lovely warm sunshine on it. 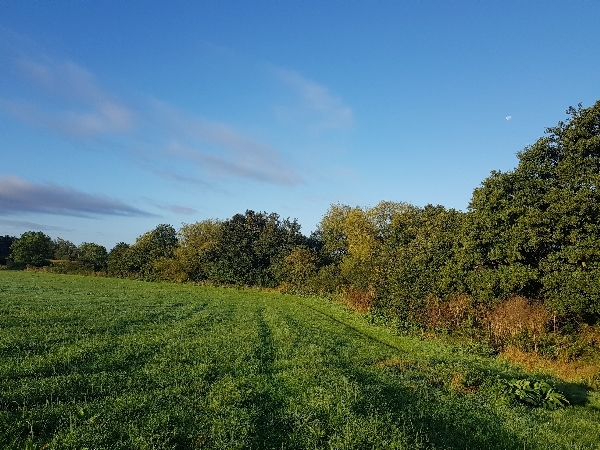 A pair of starlings were looking very dapper in their new winter plumage, they were hanging around their nest hole on the telegraph pole. I then spent an hour or so watching anything that moved along the hawthorn hedge and in the ash, the sallows, oaks and sycamores behind the hedge. It took a while before some activity started, it was a couple of Chiffchaffs that moved into view first, I followed them along the hedge hoping for more birds to appear, but nothing did. 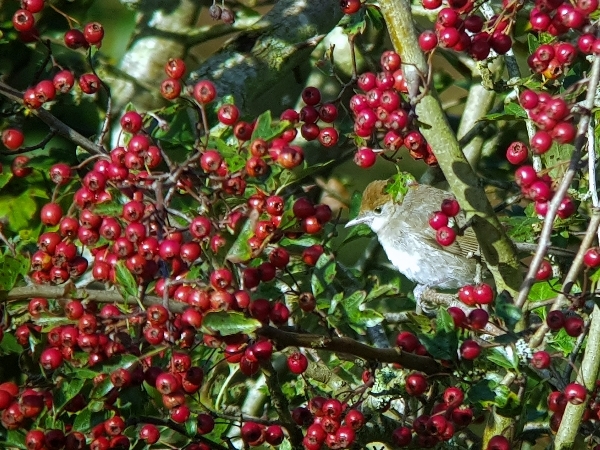 Blackcap in the hawthorn hedge

After walking to the next bridge over the stream, where I saw Grey Wagtail, I found that there was a bit more activity in the hedgerow. I got onto a Blackcap before finding a SPOTTED FLYCATCHER, the latter is a great bird for my local patch and only my third of the year in Stoford. The bird flew off along the hedge and I failed to relocate it at first. 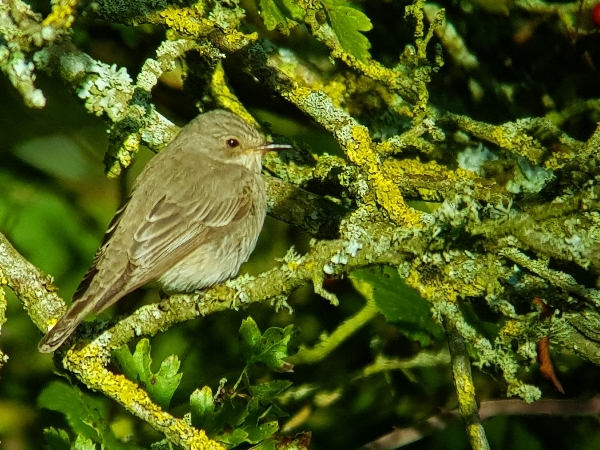 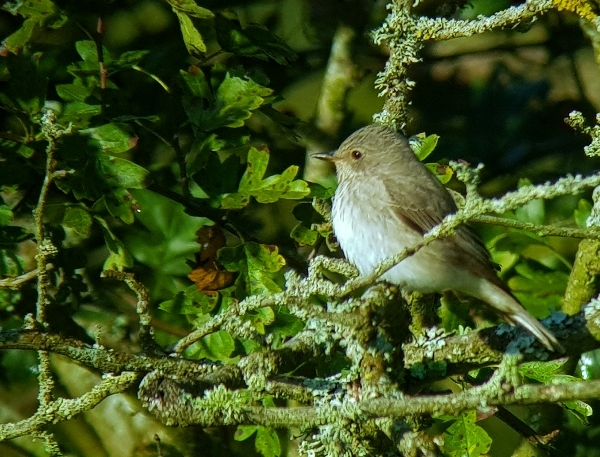 As I walked back down the hedge the flycatcher flew past me and landed in the same tree as before, this time it posed nicely for the camera, shazam, in the can!! Further scrutiny of the hedge and the meadow produced little else. I did see a bunch of 15 Barn Swallows and a similar number of House Martins, three Ravens flew over, a few Herring Gulls drifted by but no more migrants were seen. 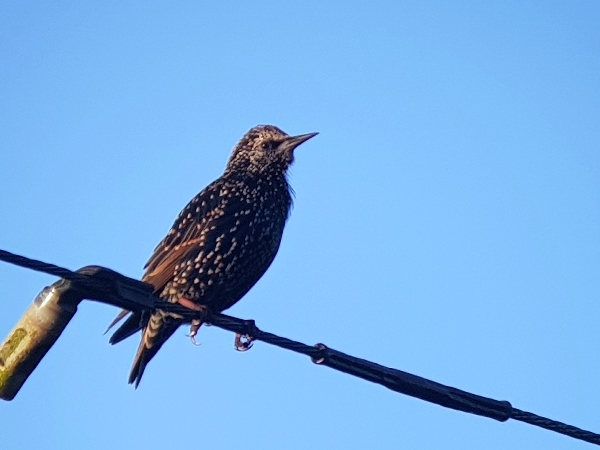 Before I went home I made a quick visit to Sutton Bingham Reservoir, my first stop was at the south side of the causeway where I scanned a distant field full of cattle in the hope of seeing Yellow Wagtails.  Well, I did see a whole flock of them but they were very far off.  I made a quick count and as I reach 20 all of a sudden they all flew up and disappeared out of sight. After a while a few of them came back, I counted 13.

From the causeway I saw a single Pied Wagtail and all the usual ducks, geese, grebes and moorhens. From the watch-point at the southern end of the reservoir I saw 3 Common Sandpipers and 6 Common Teal. Midway along the southern arm of the water a huge flock of large gulls were amassed, I counted  68 LBB Gulls and over 80 Herring Gulls.

I left at 10am and the only other species recorded were those that visited my feeders which included a pair of  Coal Tits.