It was a very misty to start with, so I waited until 7am for it to clear a little before I started out. As the mist cleared there was a beautiful blue sky with some high cloud it was a beautiful sunrise. I chose the path through the woodland next to the stream, again it was very quiet but I did see an Otter in the stream, this one was carrying a fish, it dived when it saw me and resurfaced 30 meters downstream before disappearing into the vegetation on the bank. 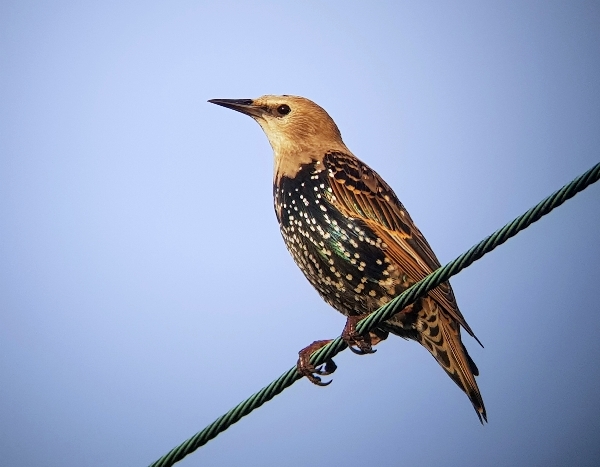 Even the juvenile Starlings are stunning 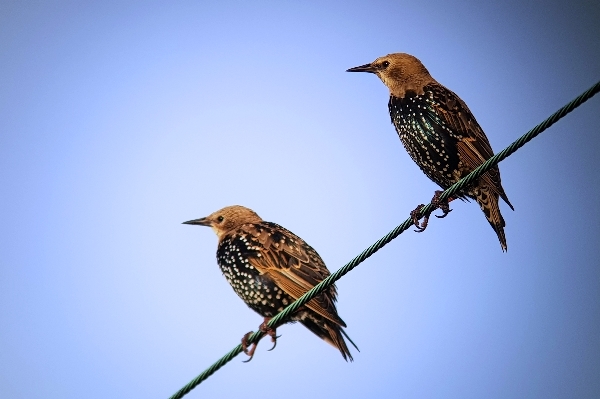 I spent quite a while watching the hawthorn hedge for movement, I eventually got onto a pair of Chiffchaffs, but the only other species on show was Robin, Blue Tit and Magpie. As I began my walk up the slope along the edge of the large hay meadow a couple of Starlings landed on the power lines near to where they had bred in the telegraph pole. These birds were the fledged juveniles, not long afterwards one of the parent birds turned up and they all flew off a few minutes later.

In the meantime, a Green Woodpecker called, a pair of Collared Doves landed on the wires and both House Martins and Barn Swallows flew over in small numbers. Also seen as flyovers were Herring Gull, Rook, Jackdaw and two Grey Wagtails. 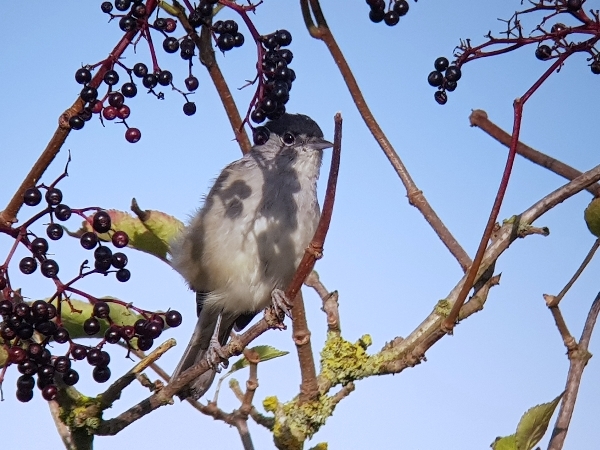 Blackcap in the Elderberry Tree

The most enjoyable time for me this morning was when I stood and watched a number of Blackcaps visiting an Elderberry Tree. For those of you who like my lists here is another one. Over the period of an hour I saw 7 species visit the elderberry tree, Blackcap, Blackbird, Blue Tit, Wren, Robin, Dunnock and Chiffchaff, that is my new list.  Of course, not all of them were eating the berries but it was lovely to see a string of birds in the beautiful morning light. 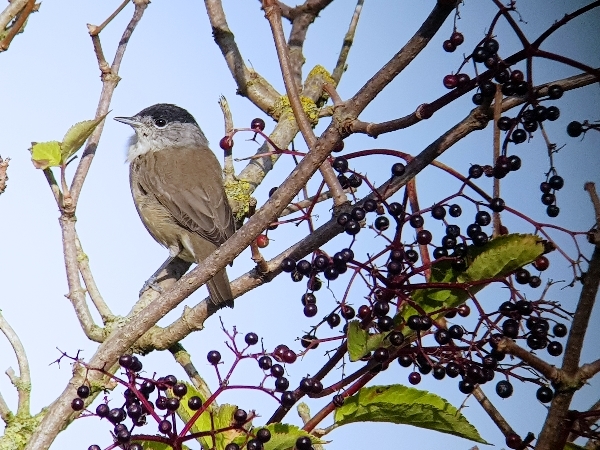 Blackcaps - male above female below 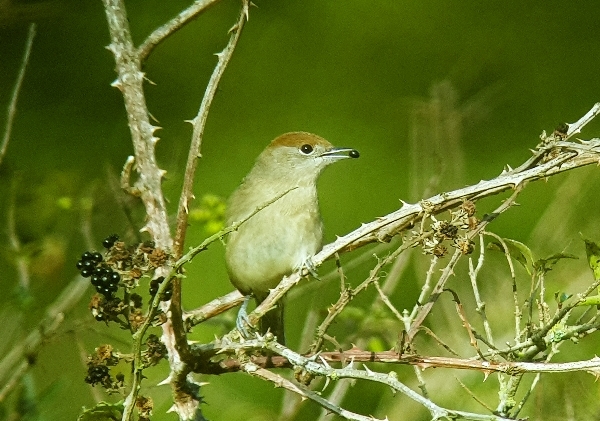 After watching the Elder Tree I walked further up the hill to look for a possible Whinchat in the rough grass and thistle area without luck, but I did find Bullfinches in the hedge, Chaffinches in the oaks and a couple more Blackcaps. On the way back down the slope to the lane I found a single Common Whitethroat in the brambles, this was my last new sighting of the walk. 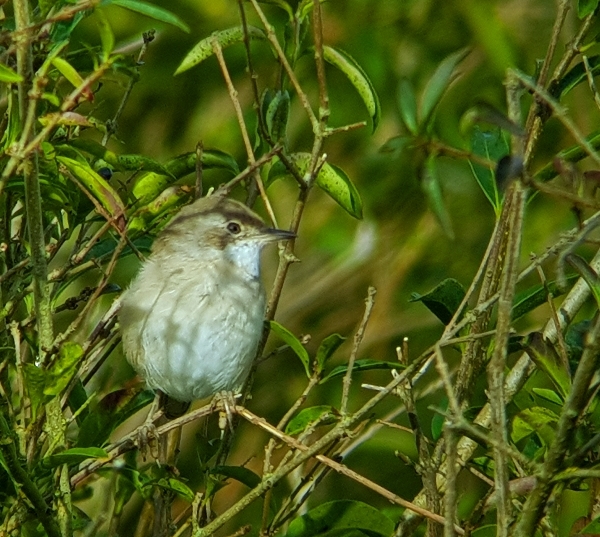