The hedgerows were silent with very little movement for the first part of the walk but things livened up a little later. There was once again a large passage of hirundines, in one flock alone I counted 156 Swallows and 6 Sand Martins, another flock held 60 House Martins with another large group of Swallows. 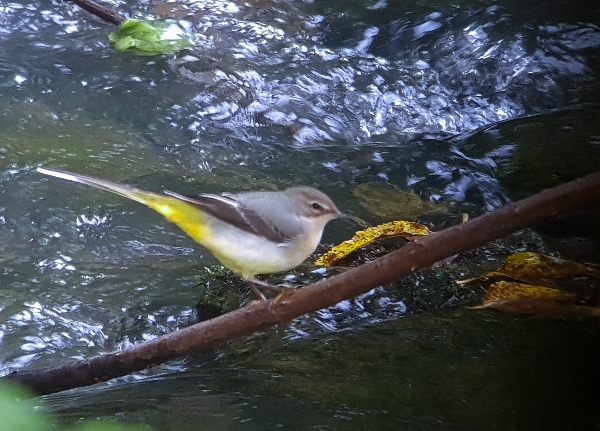 Grey Wagtail seen on the stream

I walked the entire circumference of the large meadow, it climbs up to the same height as Rook’s Hill in the Valley and is bordered by mature hedge with bramble clumps in many places. I checked ‘the’ Elderberry Trees for Blackcaps but saw none, in fact my list for today after watching the same Alderberry tree which produced 7 species yesterday only produced a single Robin!!

Further along the hedge I did find a few Blackcaps, a couple of Bullfinches, Chiffchaffs, Goldfinches, Blue and Great Tits. I kept one eye on the sky watching for migrating birds, a steady flow of Herring Gulls came over and I saw 3 Jays before I completed the circuit. 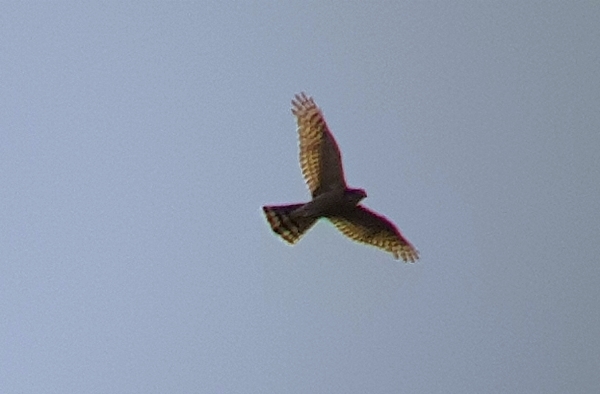 Sparrowhawk - very hard to phone-scope in flight like this, hence the bad picture

For the second part of my walk I went down into the Yeo Valley and was surprised to see a couple of hundred sheep and a small herd of cows in there, at last I had something to talk to! I followed the stream to the second meadow them I climbed the slope up to the top of Rook’s Hill. I saw two Ravens, a Common Buzzard, a Green Woodpecker and a flyover Great Spotted Woodpecker. As I topped the hill a Sparrowhawk circled above me, it was being escorted ‘off the premises’ by two Jackdaws. I had a quick look at the stream before I left the valley and saw a Grey Wagtail and an unexpected Beautiful Demoiselle Damselfly. 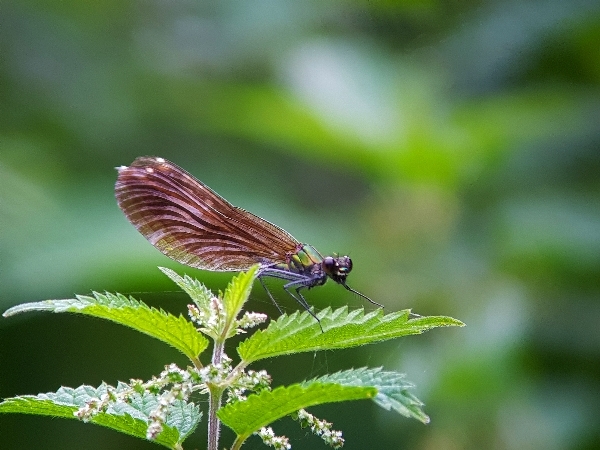 So I had all of the Corvids on my day list, all the hirundines and just as I left the Valley a Greenfinch flew over me giving me the fourth finch of the day. 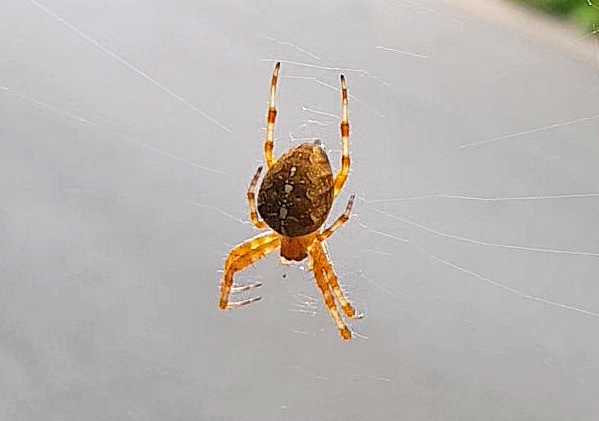 Late news from yesterday, Dawn and I drove to Surrey to see two of our Grandchildren and during the journey we saw two Red Kites, my first for the monthly list.