WEATHER: the glorious weather continues, with a very light breeze.

Despite having excellent weather conditions I had a bit of disastrous birding morning! My intention was to visit the gravel pits at Swineham to look for a Pectoral Sandpiper which had been seen there recently, on the way I was to stop off in Wareham Forest to add Dartford Warbler to my September list. 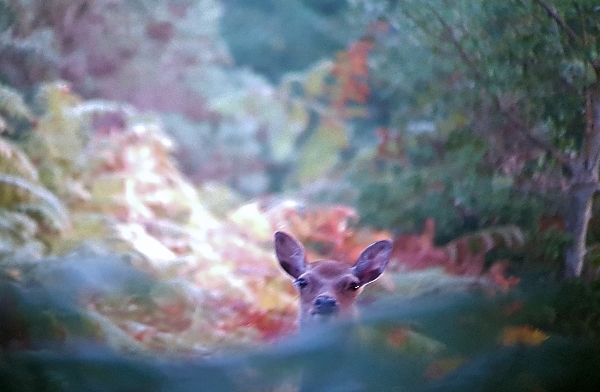 I decided to visit a different part of Wareham Forest other than my usual trip to Morden Bog, I pulled up at the start of a track near Sugar Hill and began birding there. I saw a Coal Tit and half a dozen Blackbirds on the first part of the walk, then I heard the distinctive and loud call of a Crossbill. Soon I had two or three of them calling high above me in the canopy of pine trees, could I see them, no! Then they flew off noisily and I got a glimpse of them leaving.

The forest track went on and on and the landscape didn’t break out into open heathland as I expected, so after a mile I turned back but not before seeing a small herd of Roe Deer. On the way back to the car heard the Crossbills again, this time there was a lot more of them, they flew over me above the trees, out 15-20 of them but they did not land this time.

My second stop at Wareham Forest was next to a track that led across a vast area of open heathland, but I couldn’t see too much gorse and heather just a wet boggy landscape. I tried both sides of the road and although I found suitable habitat for the Dartford warbler I couldn’t find one. I did see Coal Tit, Stonechat, Willow Warbler, Blackcap and Chiffchaff before I left. 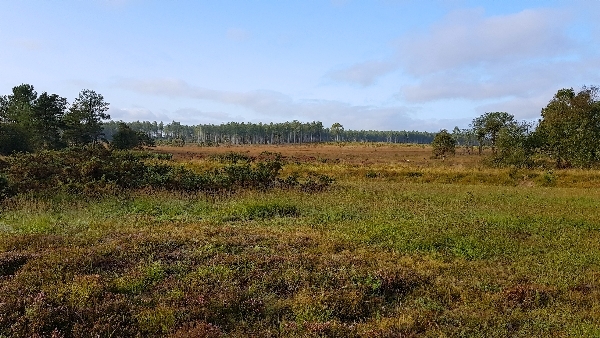 Wareham Forest - heathland very close to where a huge fire destroyed much of the heath last year, it has regenerated nicely

Next I drove into the centre of Wareham and took the road that leads you down to the Rugby Club where it becomes a private lane and you have park up and walk. I walked about ½ mile along the lane which then turns into a track at the gravel pits. There is one huge water-filled gravel pit which is the only body of freshwater in the area, it was covered in Coots, Mallards, Gadwall, Tufted Duck, Mute Swans, Wigeon and a few other species.

The lake was very hard to view, it is on private land with a thick hedge all around it, I don’t know how or where anyone saw a Pectoral Sandpiper, the lake hardly had any muddy fringes and if it did you wouldn’t be able to scope them. Disappointed I walked on, taking a circular route around the lake. I saw lots of Chiffchaffs in the scrub some of them were singing, also at least three Cetti’s Warblers sang loudly I saw one of them. Reed Buntings flitted around in the hedges and the reedbeds.

The walk was quite long and by the time I got back to the car I was exhausted, my mobile phone recorded the walk as a 3 mile journey, it felt longer. So, I dipped on the Dartford and I dipped on the Sandpiper and now I was in hurry to get home for 11am as I had promised.

I made it back OK and spent the rest of the day with the Mother-in-Law celebrating her 90th Birthday with all the Family.

Late news, the Pectoral Sandpiper was seen again later in the day at the Gravel pits where I was looking!!  Doh!!! That news just made my day.