WEATHER: high cloud for most of the day with sunny spells. East/North-east mild wind all day.  18C

It was not a birding day, however and whenever Dawn and I go for a walk I take my bins with me. Today we walked the Southcoast Path circumnavigating the Isle of Portland. Dawn’s sister Celia joined us as we departed from home at 8am, our walk began on the northern tip of Portland at 9am. 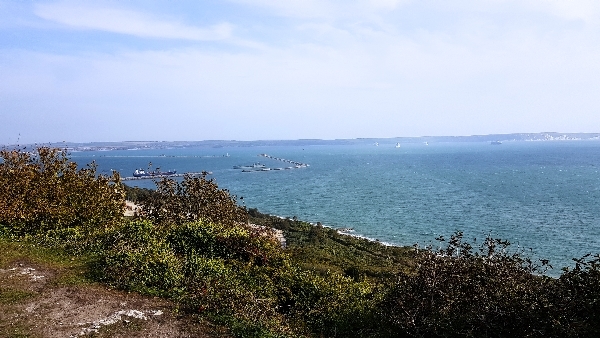 The first view we had from the east cliffs, you can see the defence wall around Portland Harbour and some of the Cruise Liners in Weymouth Bay which are redundant at the moment.

It was bright and sunny but a chilly easterly winds kept the temperature well down, we set off in a clockwise direction along the eastern side of the Isle. 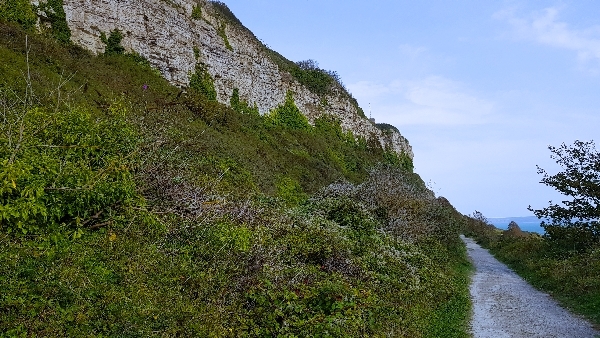 Very few birds were about because of the windy conditions but we did see plenty of Jackdaws, Ravens, Crows, herring Gull, Swallows and House Martins. Near the ‘Grove’ Juvenile Prison we found a pair of Peregrine Falcons sitting on the cliff, a Common Buzzard went over us and a pair of Kestrels hovered over the scrub. 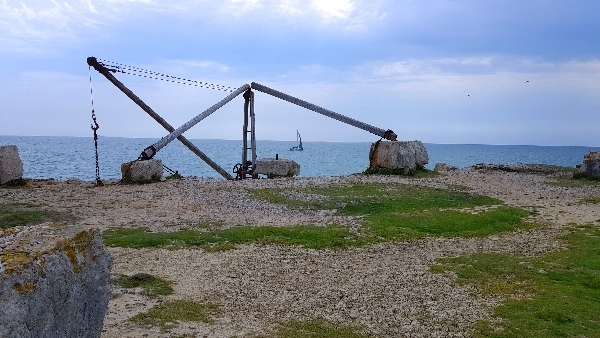 these wooden cranes were used to lower Portland Stone onto ships in the 19th Century, they are still used by fishermen to lift and lower their boats into the sea. 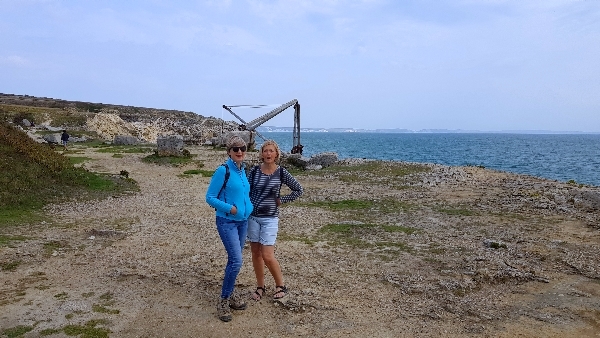 Old Relic, the Crane that is! Dawn and Celia are the supporting cast

Church Ope Cove came next, it is the only natural landing place on Portland (used by smugglers in days gone by), we walked down to sea level and all the way back up to the road, phew! We needed a break, a quick snack and a drink of water. We had walked for 2 hours and had covered 4 miles. 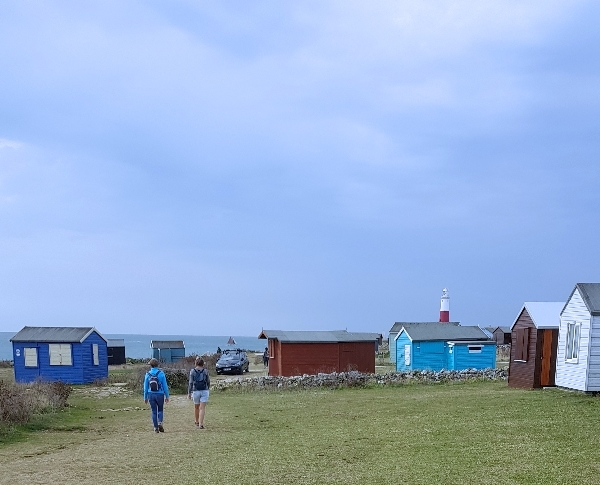 walking through the 'Hut Fields'  towards the 'Bill'

Passing the East Weare we moved onto a less rugged landscape with long grassy meadow on our right and low cliffs down to the sea on our left. I picked out several Northern Wheatears, a couple of Stonechats and flock of Linnets, Starlings and Goldfinches. As we neared the southern tip of Portland the number of tourists increase exponentially, it really was quite crowded at the ‘Bill’. 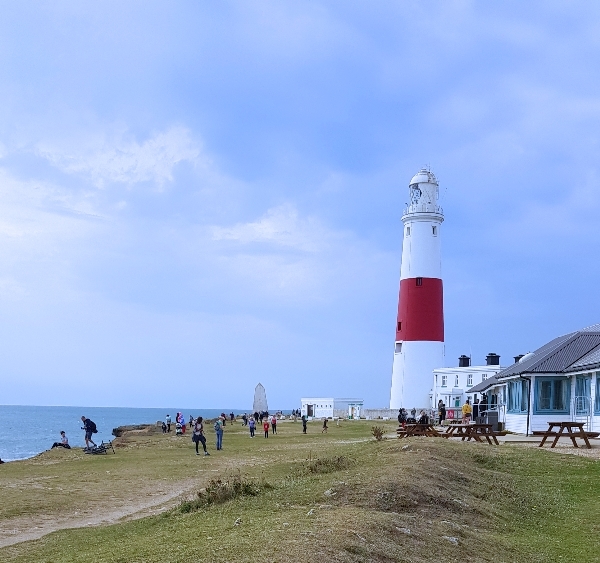 crowds at the Bill Lighthouse

I added Rock Pipit, Oystercatcher, LBB & GBB Gulls to the day list as we neared the coffee shop at the ‘Bill’. We ate our picnic lunch whilst we drank our hot drinks whilst a multitude of people mingled about.

The west side of the island has much higher cliffs with spectacular views all along its length, we set off at 1pm, we had covered 6 miles so far. More people walked this route and as a result we saw fewer birds. A Raven let us get very close to it, as did a Jackdaw. Butterflies seen were also very few, Small White, Speckled Wood and Red Admiral is all. 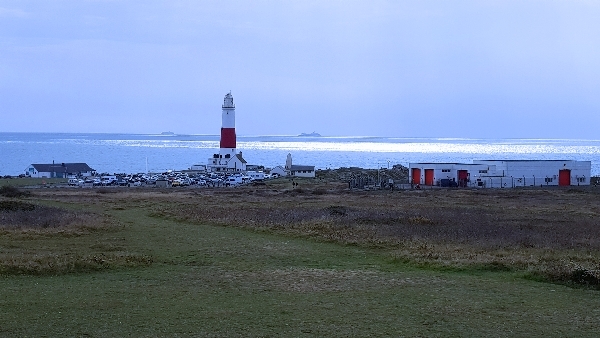 looking back at the Bill from the west cliffs

The views of Chesil Beach, Weymouth and Portland harbour are outstanding from the west cliffs and get better as you travel north. We arrived back at the car 5 ½ hours after leaving it, we had walked 10 miles and we were a little tired. But that didn’t stop us spending a little time at Ferrybridge on the way back home. 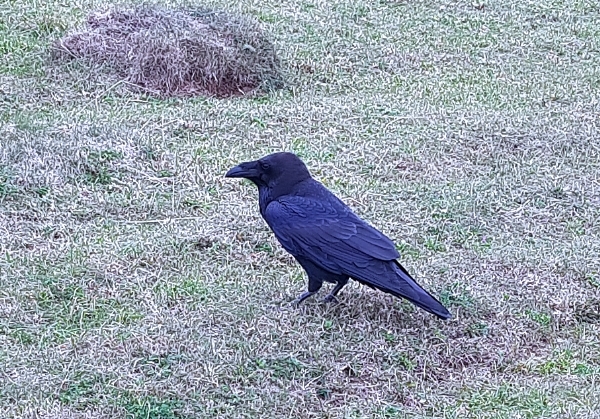 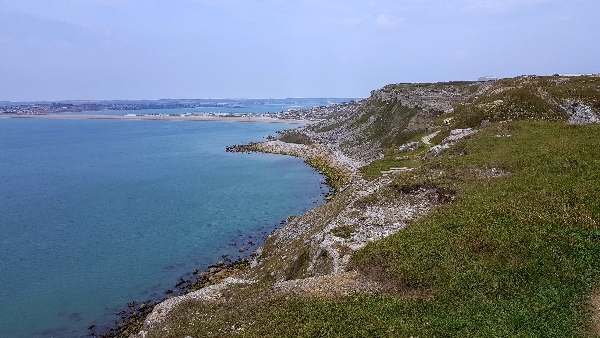 Just like Portland, Ferrybridge was crowded, the tide was low and a great area of mud was exposed in front of the visitor’s centre. I didn’t have my scope but I was lucky to be able to borrow one from a visiting birder. I scanned for a Little Stint which had been seen for the last few days, I picked out lots of Dunlin and Ringed Plovers a few Turnstones, Med Gulls and a single Curlew Sandpiper.

Once we got home a message came through the local WhatsApp group that a Little Stint was at Sutton Bingham Reservoir, so after a lovely home-made coffee I dashed round to the rezza.  I saw the Little Stint, it was a bit distant, but it fed alone and was quite scope-able. I also saw a good number of Teal, a couple of Shoveler and two each of Common and Green Sandpipers. 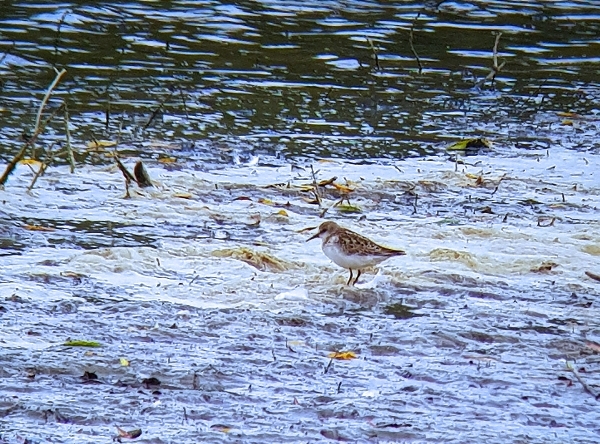 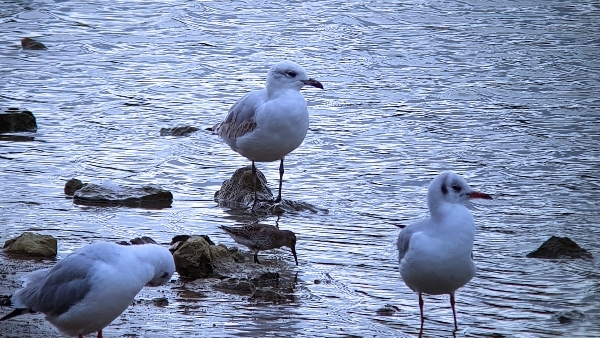 Mediterranan Gull at the rear with a Dunlin and two Black-headed Gulls, West Pool - Sutton Bingham

Back at the causeway I saw the solo Dunlin feeding next to a Mediterranean Gull, two more Common Sandpipers appeared on the shore and a 1st winter Common Gull was hanging out with the mixed collection of gulls. Other birds on show included: Cormorant, Grey Heron, Great Crested Grebe, Canada Goose and millions of Mallards. 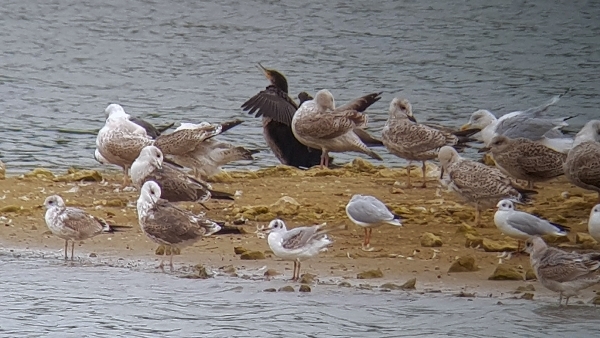 record shot of the Common Gull - far left in this picture

It was 6pm when I sat down after a long day in the field.