WEATHER: bright, cloudless and sunny morning, but a very cold north-easterly wind kept the temperature low, it was only 7C at first light

I finally got to the bottom of Lankham Bottom!! For the last 6-8 weeks I have been visiting a wonderful valley which I thought was called Lankham Bottom, but in fact, its not, because Lankham Bottom is 1 mile north of there and today I visited the real Bottom for the first time. 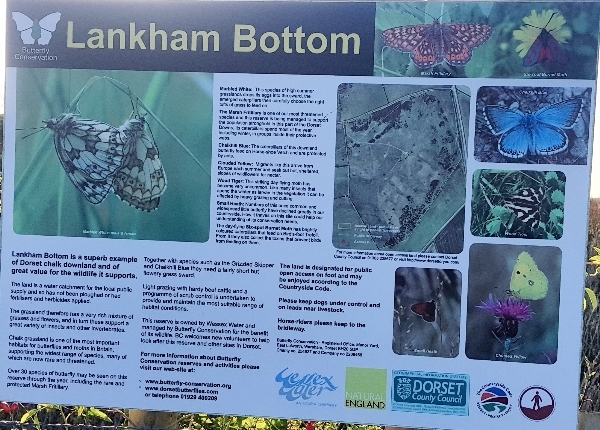 I have known and suspected that I was in the wrong place but it was so good in the 'wrong place' that I kept returning, today I thought I would give the correct place a look. 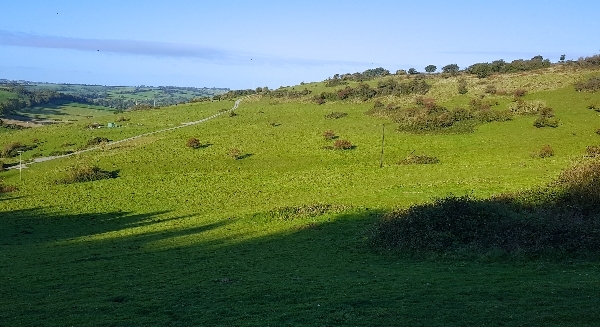 A ‘Bottom’ is a steep sided bowl or valley and the one at Lankham is huge, it looks like a glacial valley where most of a hillside has been gorged out by glacial ice, the terrain is smooth and rounded and quite steep in places. The land is owned by Wessex Water, there is a pumping station at the base of the valley and the public are allowed to roam freely over the entire site.

you can see the pumpimg station down in the valley

The area is managed by the Dorset branch of UK Butterfly Conservation primarily for the conservation of plants that support Marsh Fritillary, and Chalkhill Blue but many other species are found there. The hillsides are dotted with hawthorn and some bramble scrub where I hoped to find a Ring Ouzel on passage during the next couple of weeks. Including today.

It was great to walk down the slope to get out of the very chilly wind and to start finding some birds. A large flock of Meadow Pipits were feeding on the south facing slopes with some Linnets and Goldfinches. A Kestrel put them all up and I noted both Chaffinch and Bullfinch fly up into the bushes as well as the Pipits. 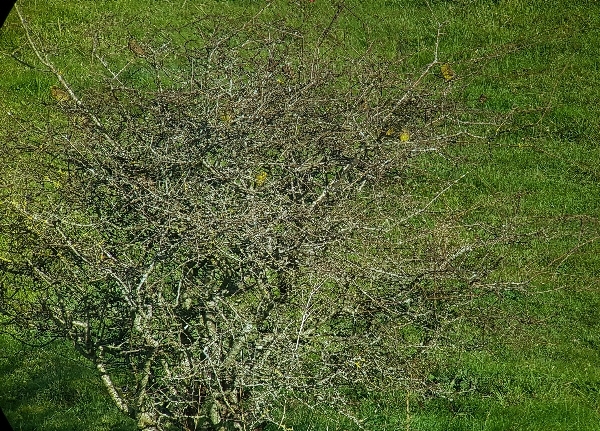 this bush held 21 Yellowhammers at one stage, but only nine are shown

A family of Stonechats chased a small party of Yellowhammers away from their favoured bush and then another Falcon swooped very fast into the valley. It was quite high up and then it turned back into the wind and drifted off, it was a Peregrine, not the Hobby I was hoping for. 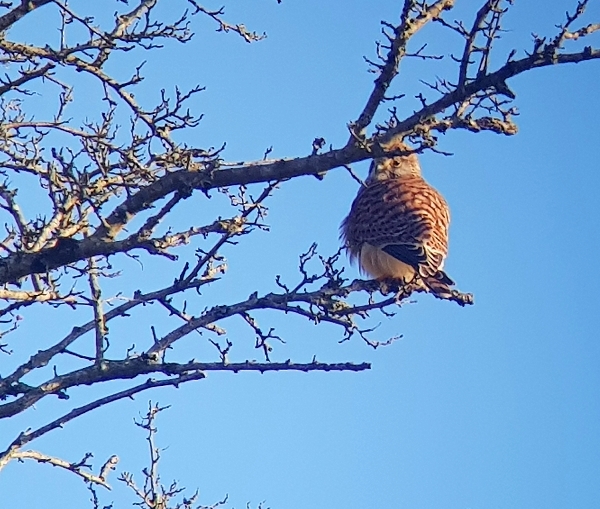 A lot of common species appeared, I saw Jackdaw, Rook, Crow, Magpie, Raven, Common Buzzard, Dunnock, Robin, Blackbird, Blue and Great Tits, I heard Skylark but never saw one, plenty of Wood Pigeons and Stock Doves were feeding in the stubble field to the west. Dozens of House Martins and fewer Swallows flew through the valley whilst I was there. 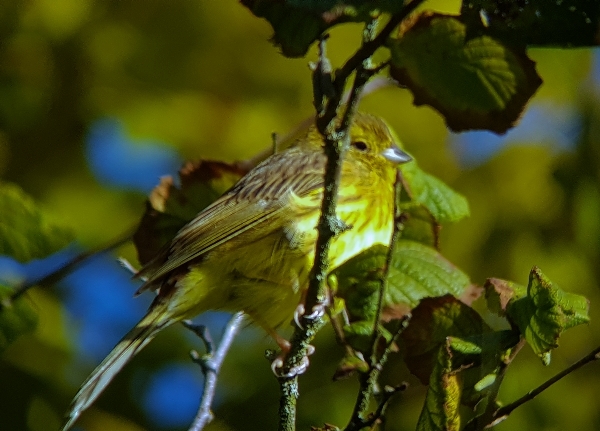 one of the many Yellowhammers seen today

Despite spending two hours searching the hawthorn bushes I never had a sniff of a Rouzel, I did find 2 or 3 Chiffchaffs, a Sparrowhawk became my fourth raptor of the day and I bumped into a larger flock of some 20+ Yellowhammers. During this Pandemic period I have discovered that the Yellowhammer is far more numerous and widespread than I had previously thought. It’s a pity that I cannot say the same for the poor Corn Bunting which is very hard to find in the county.

I saw only one species of butterfly, a Red Admiral, but I’m not surprised, it was very cold out there today and so windy. Lots of Rabbits were out in the sun and a few gulls drifted over including a GBB Gull and some Herring Gulls.