WEATHER: abysmal, drizzling rain and quite windy, but mild.

It has been almost a week since I went out birding and written a blog, I have enjoyed a 5-day break over in Kent with our grandchildren. There were many goodies on show in Kent during my stay but I wasn't tempted and besides that,  the weather was pretty bad most of the time.

We did manage one walk around the fields of East Malling near the NIAB (EMR)  which is the National Institute of Agricultural Botany,( East Malling Reserach Station). The vast experimental fields can be circumnivigated using public footpaths and that is what we did. I managed to see a flock of Yellowhammers, a Green Woodpecker, Common Kestrel and lots of common garden birds.

But Today I was back on patch in Stoford enduring dull and miserable weather, I walked from home to the railway line and turned south under a bridge and followed a track along my local stream. I hoped that there was shelter from the wind in the riparian woodland and that proved to be the case. A Robin sang and a Wren scolded as I enetered the woodland but apart from those two I never saw another bird for 15 minutes or so.

a dull sky over Stoford's meadows

A row of hawthorns bushes seemed almost stripped of their berries which were  fully laden only last week, I soon saw why. At least 5 Blackbirds were visiting the bushes and a single Fieldfare sat in the centre of one of them. As I made my way further along the track I met with a noisy mixed flock of Long-tailed, Blue and Great Tits, they were being blown about somewhat but managed to head in one direction. 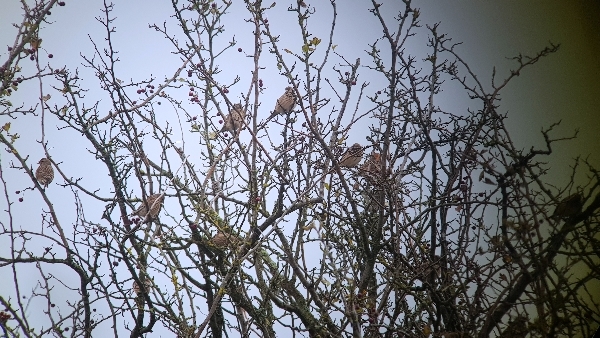 a small flock of Linnets

I emerged from the wood and saw that the bushes on the east side were very much calmer, they were completely out of the wind, but a 20  minute vigil did not produce any resonable sightings. The meadow above the woodland looked promising as a flock of Linnets alighted in the top of some bushes, I saw a couple of Chaffinches, a few Meadow Pipits, a single Pied Wagtail and a great Spotted Woodpecker. 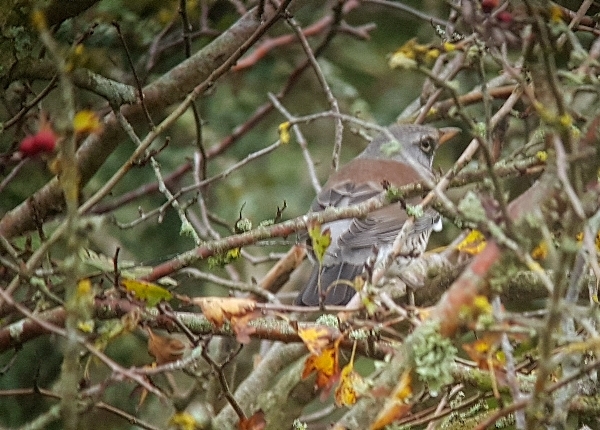 the Fieldfare in the middle of a hawthorn bush

I took the track along the edge of the meadow and headed northward and as i came close to the hawthorn hedge I realised that the Fieldfare had not flown off, in fact it let me get quite close to it. Usually these birds as very shy and are gone in the blink of an eye, I assumed that the bush was worth guarding and so the thrush had stayed. After taking taking several pictures of it, the Fieldfare suddenly called and shot off up into the sky where four other Fieldfares were passing over. So, the Fieldafre wasn't guarding the bush after all,  it was lonely and waiting for firends to arrive! 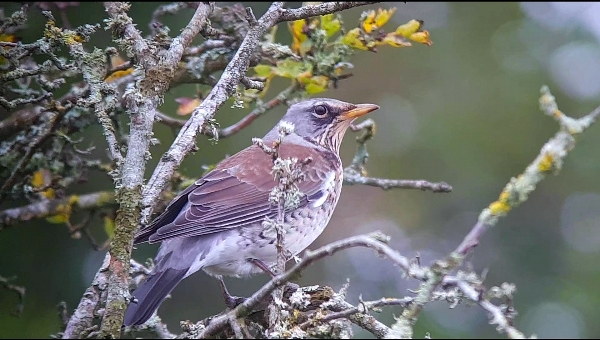 More Long-tailed Tits flew past and I got a Goldcrest in the scope as well as Linnets, Chaffinches and a Redwing. A parrty oif 5 Red-legged Partridges ran along the hedge in front of me until they eventually took off. From the meadow I walked back under the Railway Line and headed north into the Yeo Valley. The weather improved a little, it stopped raining and I had a pleasant enough hour watching some of my old friends. A group of Pheasants were the first birds I saw as I began walking along the track into the valley.

A Green Woodpecker called as it flew up and over Rook's Hill, then a pair of Jays started bellowing, I hadn't a clue why! One of the local juvenile Grey Wagtails sat on the roof of the derelict farm buildings, it may have been one of the chicks raised there, if you remember a pair had two broods this year in the building! I wonder! 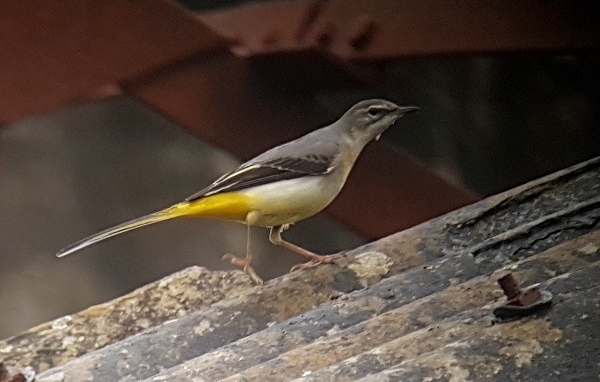 this Grey Wagtail looks like it has been stretched from the neck and tail, I haven't doctored the picture at all

More Meadow Pipits dashed up into the sky and 'bounced' their way along the valley away from me. I only walked a little further than the buildings because it looked to be getting darker, as I turned back i spotted a Kestrel flying along ther hillside and a Raven flew over making a series of cronks and squeals and all kinds of none-Raven type calls, it sounded like someone was strangling the poor thing. 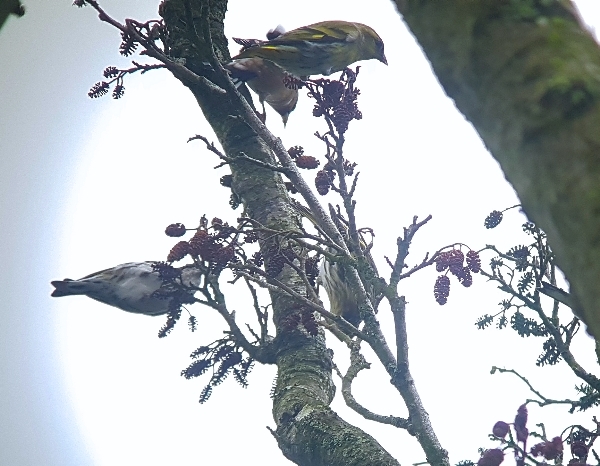 a few Siskins taken looking in to the light

A flock of about 50 small finches flew over and landed in the Alder Trees, I guessed straight away that they were Siskins. However on closer inspection the majority of them were Goldfinches, They light was really bad where they perched and so I still haven't got a decent Sisikin picture yet.

At that point it started to rain again so I set off back home and called it a day, it had been nice enough it was great to be back on patch again.