WEATHER: very cold but a bright start, rain and sunny spells from 9am.

My first visit to Lankham Bottom since mid-October was a cold one, I wish I had put a proper coat on instead of just a flimsy, lightweight, waterproof top. I did have gloves with me, they never came off.

looking down into Lankham Bottom from the top gate 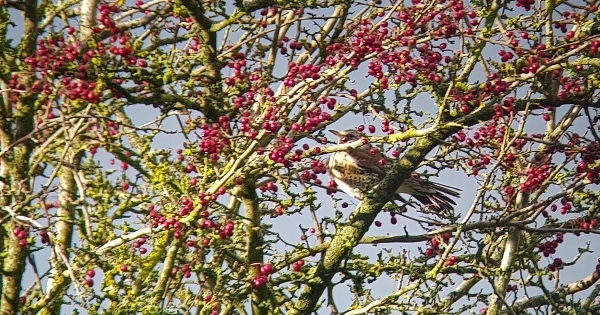 it was much harder to get close to a Fieldfare 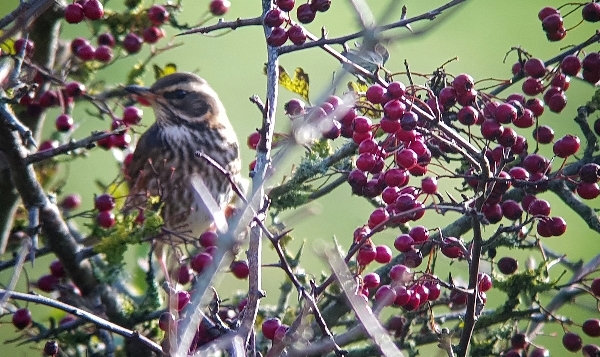 Redwings were not too bad

I arrived in sunshine but before long I was sheltering under a bush from almost horizontal rain, it was only a shower and passed over in minutes. The whole area of hawthorn bushes was alive with thrushes as I knew it would be, I quickly logged four species: Blackbird, Song Thrush, Redwing and Fieldfare. I also saw a small flock of Linnets, also a few Meadow Pipits and a dozen Goldfinches. Many bushes were now stripped of berries so the birds were concentrated in small areas where the bushes still had berries.

somewhere over that rainbow. way up high, is a Common Buzzard

I walked down to the very bottom of the Bottom hoping to get out of the very cold north-westerly wind but it didn’t work, I ended up standing close to a thicket for shelter, on the lea side of course. From my half-hidden position I had great views of a small number of hawthorn bushes which were still covered in berries and before long I got Fieldfare and Redwing in the can and I saw a Mistle Thrush, a female Bullfinch, a couple of Chaffinches, Blue Tit, Great Tit, Robin, and Wren. Linnets kept dashing to and fro and sometimes they perched quite close to me.

The most common species seen today was, by far, the Wood Pigeon! Flocks of them were flying over, 20, 30, 50 or more came over several times. I aslo a lot of them back in Stoford. These are migrating birds heading for the continent, France and Spain, I can't blame them I would too if it wasn't for covid-19. 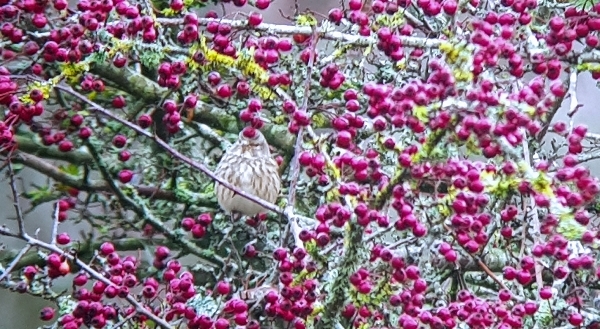 Eurasian Linnet pretenting to be a Redpoll!!

The sky always had black dots in it, no not ‘floaters’ but corvids. Ravens came over many times as did Rooks, Jackdaws, Crows and Magpies, I also watched a large female Sparrowhawk, a Common Kestrel and dozens of Herring Gulls. 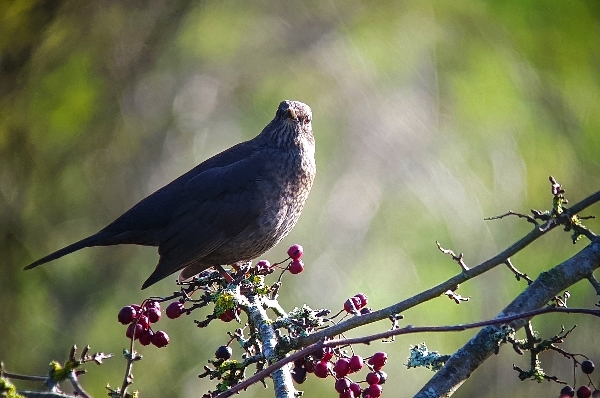 I stayed for about two hours and the sun eventually came back out and started to warm me up a little, it became very pleasant and a joy to be out there. I tried to photograph a Bullfinch without success and I carefully scrutinised all the Blackbirds just in case a late Ring Ouzel was present. 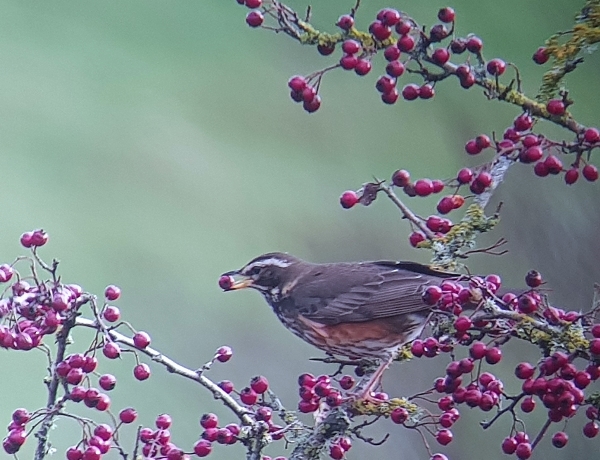 I saw Redwings devouring the berries, they were eating about 10 each before flying off, fancy having a belly full of Hawthorn Berries? 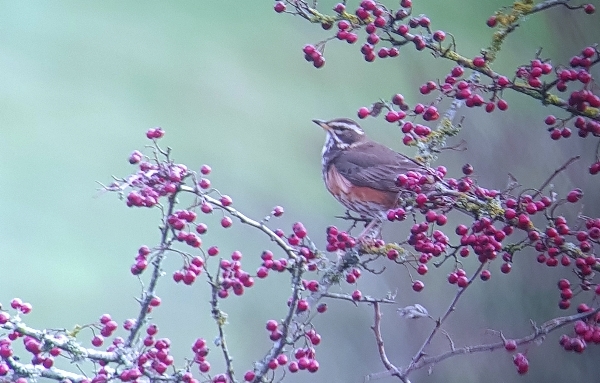 I left the area around 10am, it was nice to get out of the wind, which was non-existent when I got home! Unfortunately for me, with no wind it meant that I could rake all the leaves off the lawn, once again, such fun!!