MORNING WALK INTO YEO VALLEY AND AN AFTERNOON STROLL TO BARWICK HOUSE, LAKE AND GROUNDS

WEATHER: all day sunshine, a heavy frost first thing, no fog or mist but a light breeze until 11am them a brisk wind picked up. Top temp 12C

What can I say, it was another extremely, beautiful day. I love those crisp, clear mornings, with perfect light and no wind, just like a January day!  I headed into the Yeo Valley to start with hoping for a sighting of Siskins which never turned up today. I only walked as far as the derelict buildings in the first meadow and realised that not many birds were flitting about.

A Raven called from the dead tree on the top of Rook’s Hill, a Green Woodpecker called out too and flew from a tree just ahead of me. I saw a pair of Jays, lots of Black-headed and Herring Gulls and the usual dozens of Pheasnats and Red-legged Partridges. A Grey Heron stalked the newly seeded field on the other side of the stream. 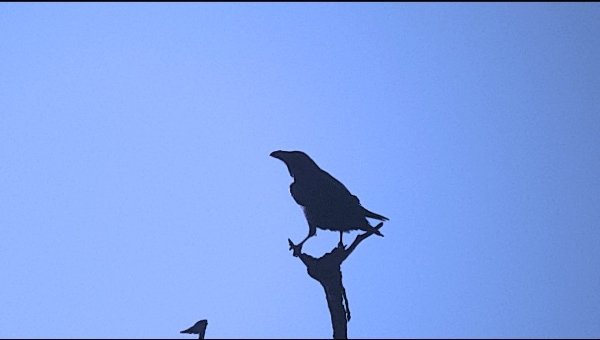 thge unmistakeable silhouette of the Raven

But It was the Wood Pigeon that stole the show once again, I counted 71 in the meadow next to my garden and at least 400 were milling about in the other fields, small flocks were ever-present zooming across the sky.

I walked towards the hawthorn hedge that divides the two meadow in the Valley and had a close encounter with a lone Goldcrest, no wonder it was calling all the time, after a short while two Blue Tits dropped into the same bush. 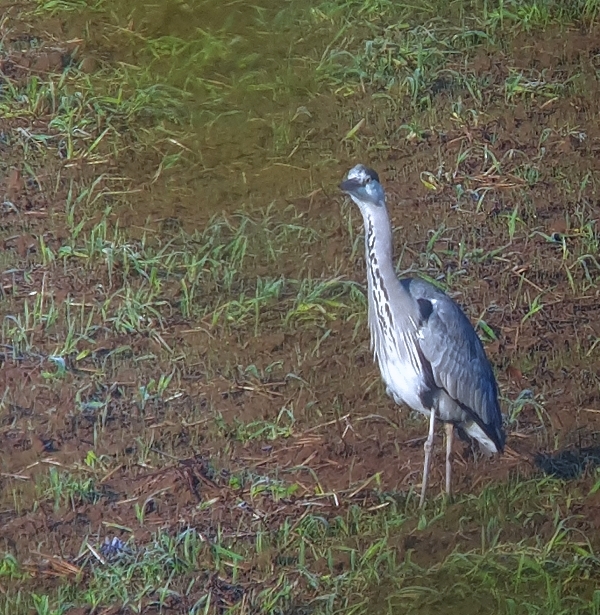 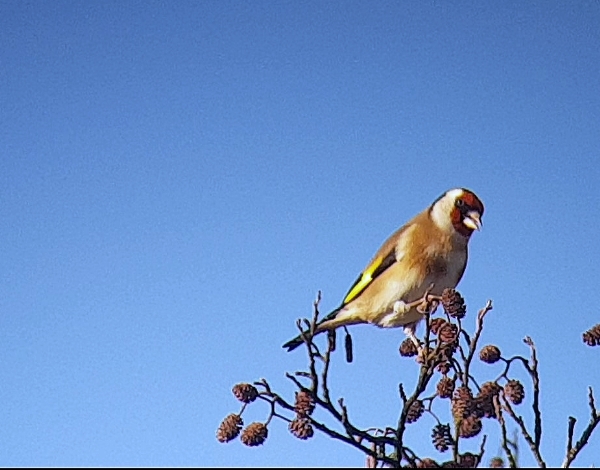 Goldfinch at the top of an Alder Tree

As I headed back I saw a flock of small finches drop into the top of an Alder Tree, I scoped them hoping for Siskins but they were Goldfinches. A Sparrowhawk spooked the finches as it landed in a nearby tree, it was a female and she looked beautiful in the morning light. She stayed about 10 seconds, I didn’t even try to get my scope off my back. 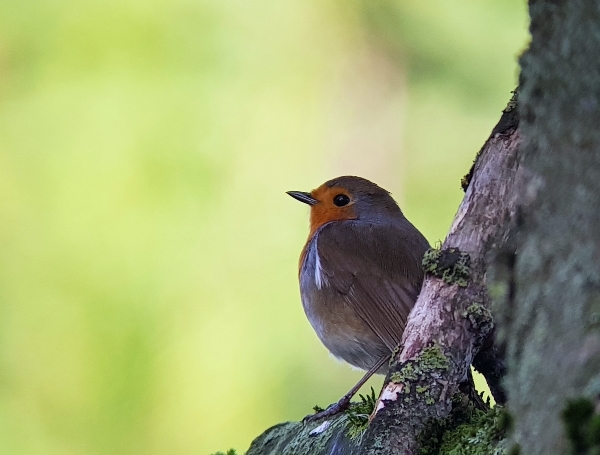 As I left the valley I watched a Common Kestrel fly over, then three Mallards too and a few Common Buzzards were drifting over in the direction of the large meadow to the south of the railway line, that is where I headed next. My walk took me through the wooded area next to the stream where I saw very little, but the hawthorn hedge along the edge of the meadow held quite a few species.

two of the 13 Common Buzzard in the large, newly seeded, meadow

I scoped a Redwing, a few Meadow Pipits, Chaffinches, Blackbirds and Song Thrushes and I saw a buck Roe Deer further along the hedge. The number of thrushes was way down on yesterday’s total, I never saw a Mistle Thrush or a Fieldfare.

Lots of Buzzards were on the ground in the meadow, I counted thirteen of them with a few Black-headed Gulls and no Pied Wagtails. I headed for home and got back around 10:30am, my feeders were busy I noted Nuthatch, Coal Tit, Blue Tit, Great Tit, Chaffinch, Robin and Goldfinch.

For an afternoon walk Dawn and I went across to Barwick House to look at the lake and the large pastures all around the mansion. We saw Mallards, Moorhens and an amazing ten Little Grebes on the lake. In the fields we saw Green Woodpecker and the usual Jackdaws, Rooks and Crows. 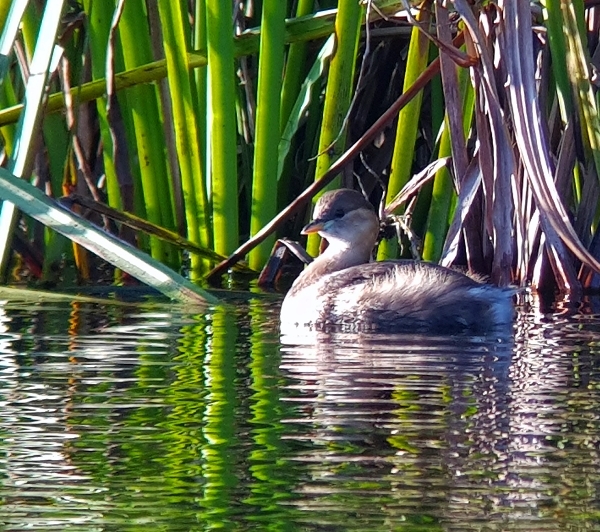 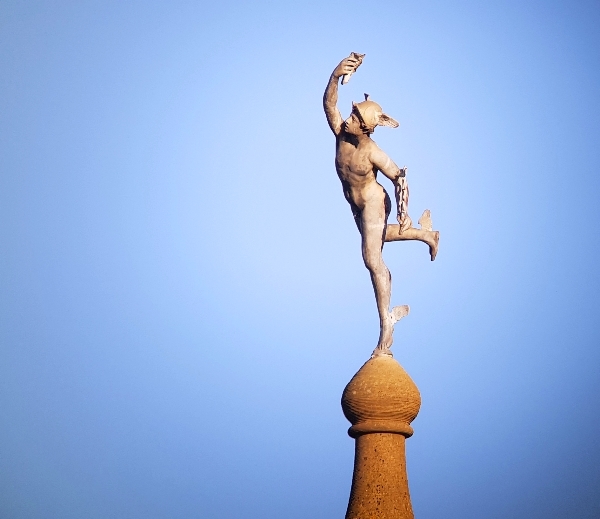 the little statue on top of the Folly is of Hermes the 'Messenger of the Gods' in Greek Mythology. Apparently, Jack the Treacle Runner used to run messages for treacle sandwiches!!