I walked to the southern part of the Stoford Stream, the track takes you into a patch of woodland and then into two open meadows. Along the lane to the track I heard Rpbin, Wren and Great Spotted Woodpecker, but I never saw any of them.

Through the woodland  I flushed two Buzzards and saw both Great Tits and Blue Tits and nothing else. I scanned the first grass meadow as I left the woodland and saw zilch, a few Herring Gulls flew over as well as a large flock of 50+ Wood Pigeons and small parties of Redwings. 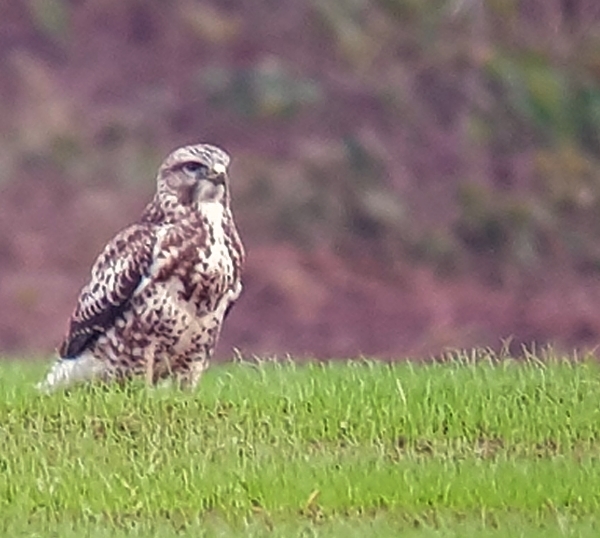 one of the 13 Buzzards seen in the meadow

In the recently ploughed and seeded field I counted 13 Common Buzzards and a single Grey Heron, most of them flew off when I appeared. Walking round the field I found 6 Pied Wagtails and a few more Blue Tits in the hedges, more flocks of Redwings flew over with one large flcok of over 40 birds. 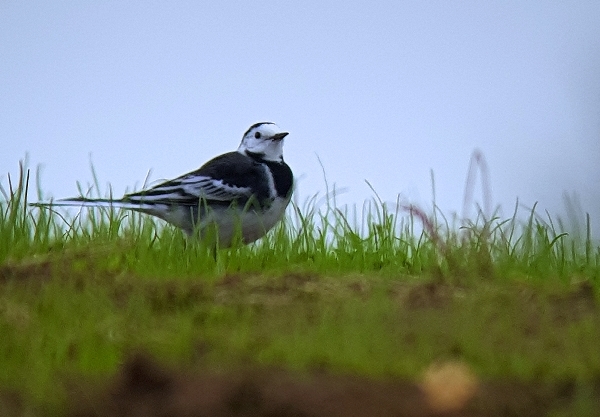 yet another picture of a Pied Wagtail

I made my way back under the railway line to the track that leads into the Yeo Valley and I spent an hour or so in the first part of the valley. Just as I did yesterday I followed the course of the stream looking for Siskins etc in the alder trees. I reached the place where I saw the 'floating' Wood Pigeon yesterday but unfortunately he never made it, he was dead on the far bank. 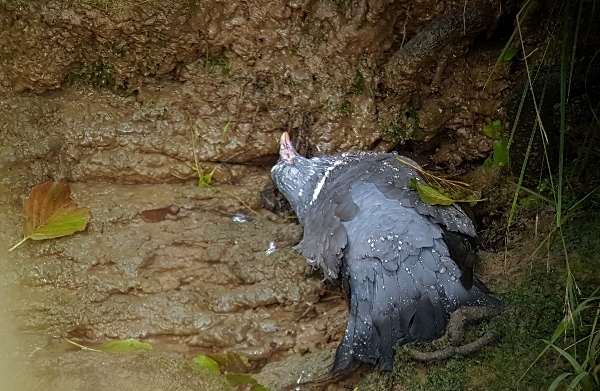 Many redwings were dashing about and a flock of 54 landed in one of the alder trees, I also saw a \Buzzard in the dead tree on the top of Rook's Hill, quite afew Chaffinches and a small flock of Goldfinches. 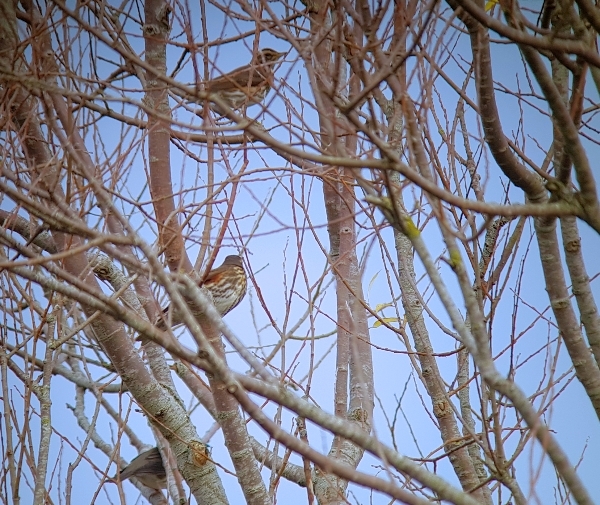 For those of you that like my little lists, I have another one, a list of species I have seen on the roof of the derelict farm building! ha! Up to now I have seen: Grey and Pied Wagtails, Wood Pigeon, Crow, Jackdaw and today I added Wren and Meadow Pipit to the list. 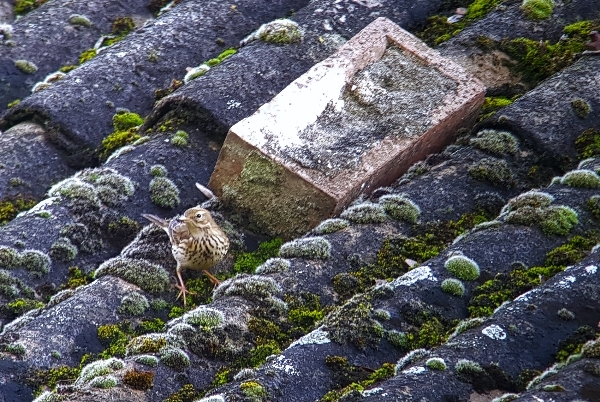 Yes Meadow Pipit on the roof, at least six of them were milling about and the Wren sat proudly on the very top.

Just before I left I bumped into a mixed flock of Long-tailed, Blue, Great and Coal Tits and whilst I was watching them I got a superb male Sisskin in my scope, but before I could get my phone to the scope the bird moved on.

The sky darkened and it started to rain so I made a quick exit. My morning exercise walk through the village about 30  minutes later was a very wet affair.