I made a late afternoon visit to Sutton Bingham Reservoir to see what was about and after being there for 10 minutes I wished I hadn't bothered. I parked in the main car park near the causeway and walked all the way down to the southern tip of the reservoir. Near the causeway I saw a dozen or so large gulls, Herring and Lesser Black-backed with a few dozen smaller Black-headed Gulls. Mallards, Moorhens, Great Crested Grebes and Cormorants was the total of my sightings on the water. 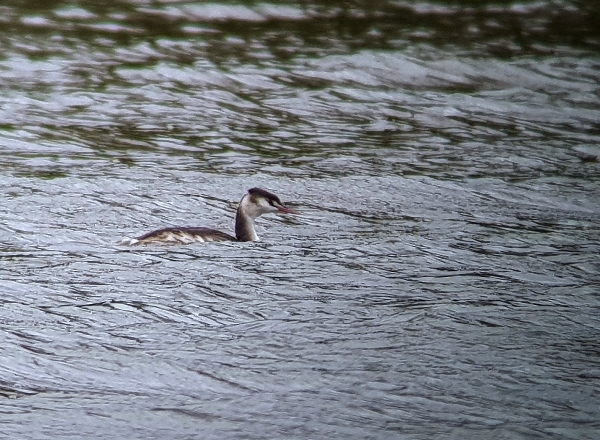 I walked back along the main road and cut into the lane leading to the tiny All Saints Church, where lots of yew trees, firs, holly and mixed deciduous, make for a good place to look for Yellow-browed Warblers or a Firecrest. I saw neither, I did find a few Goldcrests, Chaffinches, Robin, Dunnock, Song Thrush and a Blackbird.

Dawn and I left the house at 9am and headed down to the coast at Abbotsbury, we parked in the Chesil Beach car park, it was dry and sunny when we arrived. Our aim was to walk along the pebble beach eastward towards Abbotsbury Swannery. From the raised Chesil Bank you have commanding views over the 'Fleet' wwhere it terminates at Abbotsbury. The Swannery is now closed for the winter so there is no access to their hides which is a pity.

It about tweny minutes to walk 3/4 mile along the beach, we stopped to look at Canada Geese feeding in the meadows as well as small flocks of Lapwings. From the Chesil Bank adjacent to the Swannery I scoped the 'Fleet', it was covered in birds, the most obvious of which were Mute Swans, there are over 200 of them there (well what do you expect? It is a Swannery!!) My problem was the distance and the windy conditions couple with poor light, I wanted to pick out 4 WHOOPER SWANS that were wintering with the Mutes, I couldn't see them.

Large flotillas of Eurasian Coots, Shovelers, Tufted Ducks, Common Pochards and Teal joined the swans and in the distance I picked out a dozen or so of Pintail. I counted 12 Little Grebes too, but I am sure that there was more than that.

Scanning around the edges of the lagoon I picked up Common Redshank, Common Shelduck, Little Egret and lots of Mallards. I gave the Swans another going over and suddenly two of the WHOOPER SWANS came into view, smashing, our journey wasn't wasted. After viewing the distant swans for a while we set off back to the car park. 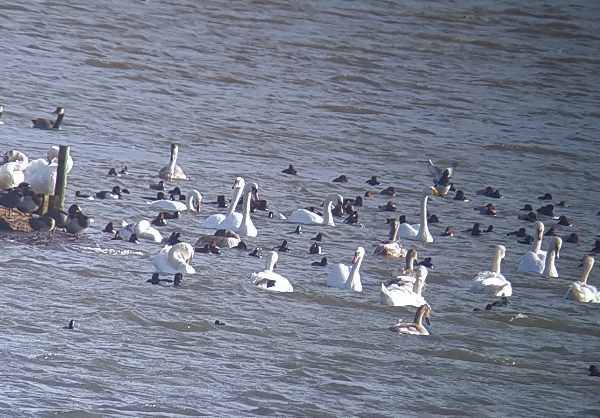 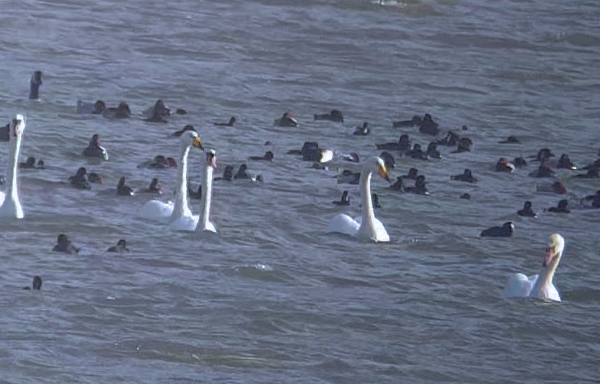 Whilst sitting and drinlking a nice cuppa back in the car we added Linnet, Pied Wagtail and a very obliging Kestrel to our morning's list.

If you liked my Kestrel picture from two days ago (especially Rita Parker) then what do you think of these, which were also phone-scoped? 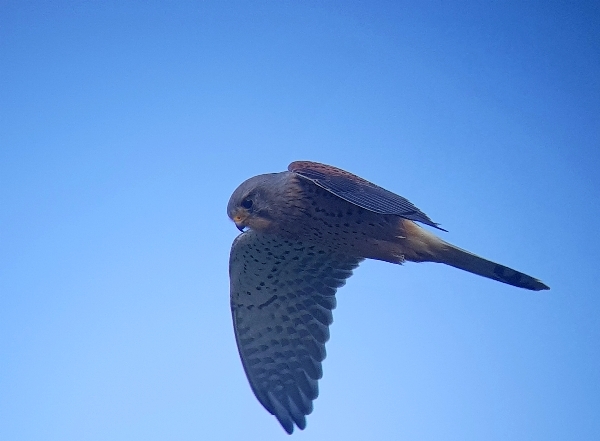 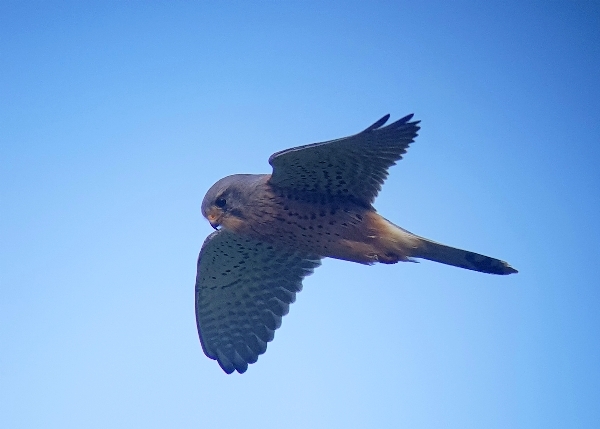 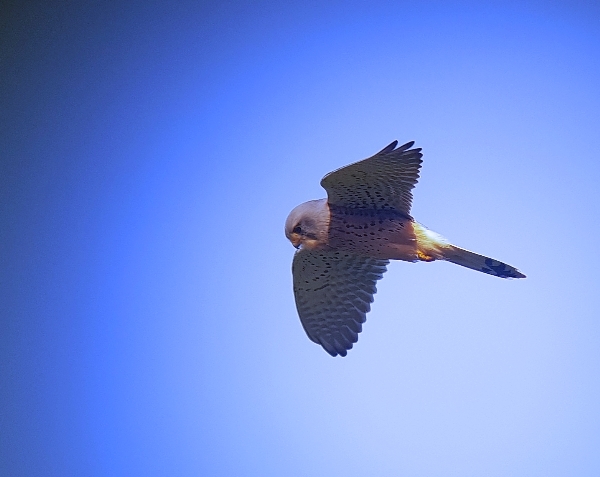 We then spent some time walking along the eastern end of West Bay Beach in the hope that a couple of Snow Buntings were still present, if they were, I dipped on those. On the way back home we stopped off at Batcombe Woods, we hoped to find shelter from the winds so that we could eat our picnic, without much luck. We sat and ate our late picnic lunch, during which, we saw Chaffinch, Raven, Magpie, Crow and a single Mistle Thrush.

We then took a woodland walk which produced very few sightings, but as we neared the car park a small mixed flock passed by. I picked out Goldcrest, Blue and Great Tits and I heard Long-tailed Tits but never got onto one.

We got home about 3pm, it was lovely to get out of the cold wind, thank heavens for the heated seats in the car.