WEATHER: a beautiful clear blue sky, not a whiff of a breeze, a lovely morning. Temp 10C

I managed to get out before 8am today, hooray, I have been slack of late, but maybe that was due to the bad weather, today I had no excuse it was a brilliant, bright, sunny morning.

I fully intended to walk the complete circuit in the Yeo Valley this morning, but because I had so much fun I hardly made it out of the first meadow, a lot of birds were flitting about. The first section of the track held Jay, Magpie, Crow and Jackdaw, a Rook flew over and a Grey Heron flew from behind the row of alder trees. 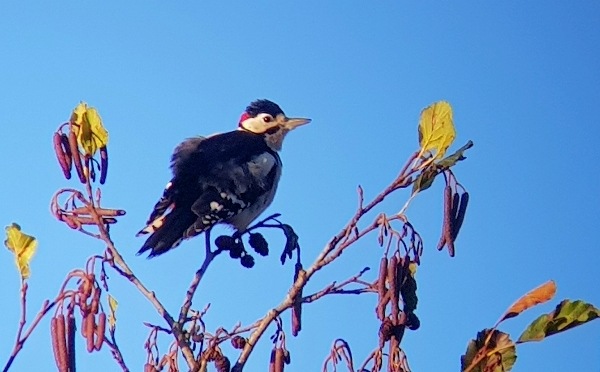 Robins were singing and a Great Spotted Woodpecker sat right out on top of one of the alders, he must have been enjoying the warmth of the sun, just as I was.

I heard a Green Woodpecker but never saw it (but I did see one later, during my exercise walk through the village) and then I watched a couple of distant Redwings in the row of Hawthorn bushes with a Blackbird or two.

It wasn’t until I got into the second meadow that I started to see a lot of bird movement, Pheasants and Partridges were seen and heard behind the row of alders, they are looking good now in winter plumage. Plenty of Blue and Great Tits milled about in the trees I also caught up with a mixed flock of Long-tailed Tits and Goldcrests. They all appeared to linger in the sunshine which made it much easier for me to phone-scope them. 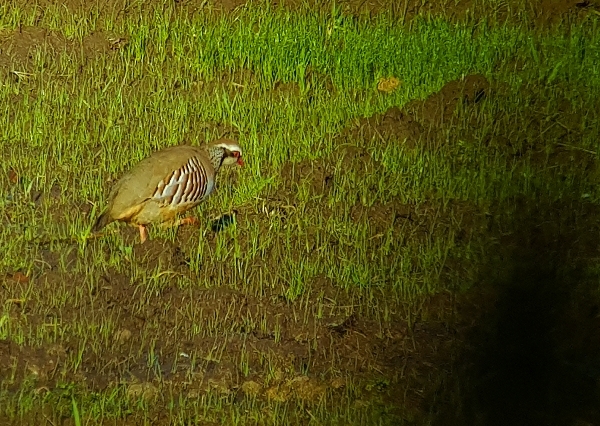 I watched a Wren working its way through the tops of the trees, the canopy is not where you usually find these little fellows, whilst watching the Wren I noticed a large flock of Wood Pigeon, high up in the distant sky, I estimated that there was 50-70 of them, all heading south. 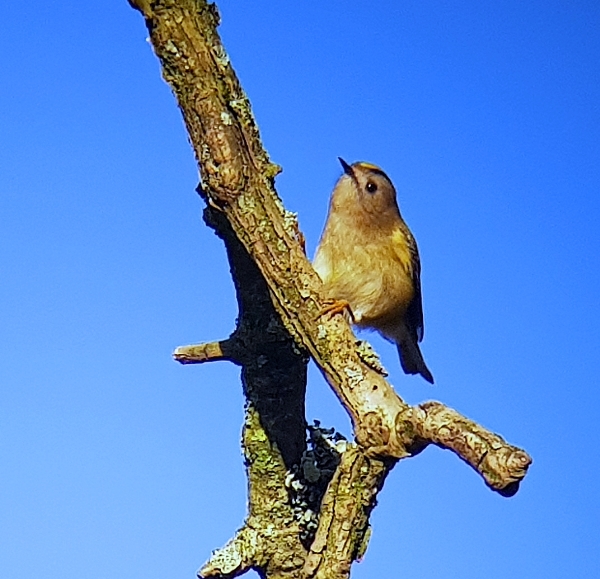 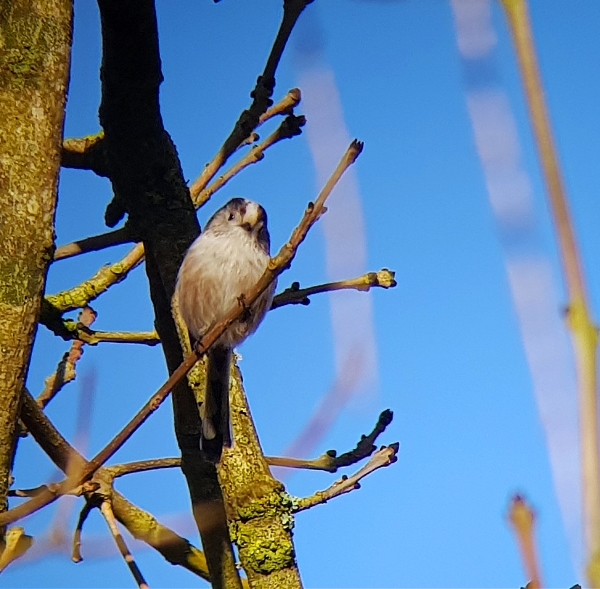 It was just after that I spotted a flock of small birds alighting in the alders not too far away, I picked out Goldfinches and Siskins in a flock of about 30 birds. I then spent the next 30 minutes or so trying to get an improved picture of the Siskin. I am fascinated by this tiny finch and it has become a bit of an obsession of mine to get a decent picture. Despite having perfect light and many subjects posing for me I walked away still not wholly satisfied with my efforts.

On the way back out of the Valley I had two encounters with Grey Wagtails and both of them were brief. The first was of a male flitting about down on the stream, he flew off immdiately after he saw me. The second was with a female type on the delerict building, that one waited until I had set up my scope before flying off. I also saw three Pied Wagtails on the roof of our building as I walked through the car park. 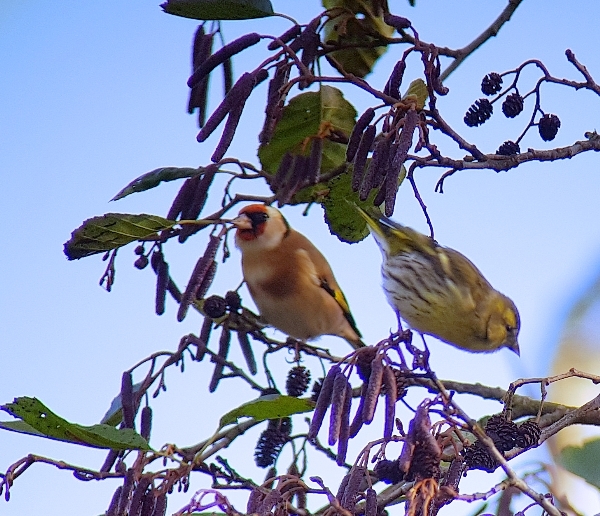 Goldfinch and a Siskin

I was home by 10:30 and went for an exercise walk through the village at 11am, I added Common Starling, House Sparrow, Green Woodpecker and a Feral Pigeon to my November list which now stands at 81. (I had seen many Feral Pigeons before today but I had forgotten to put the records on my list). 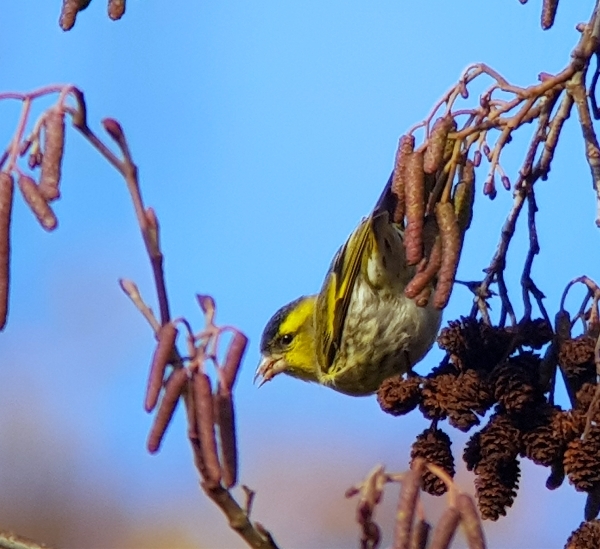 two shots of a male Siskin 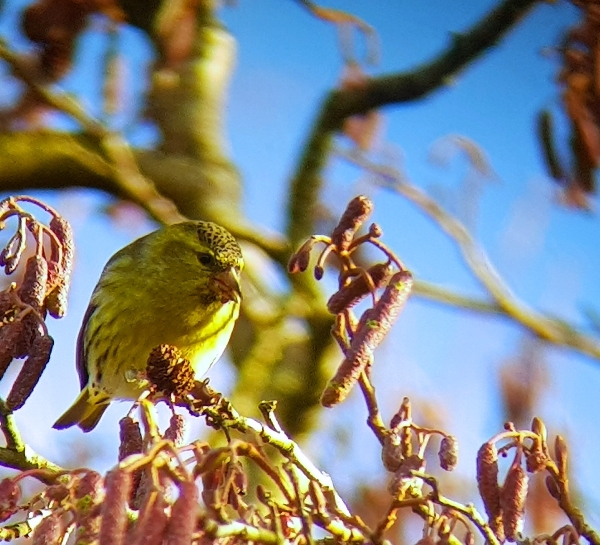 After raking all the leaves off the lawn later this afternoon I sat and watched my feeders for a while, I had 34 visits during my watch-period of 20 minutes. I saw Blue, Great & Coal Tits, Nuthatch, Robin, Chaffinch and Goldfinch. That ended my birding escapades for another day.