I never ventured out of the flat on Saturday, not for one minute, it was horrendous out there, very strong winds and torrential rain, the pool in the meadow has reappeared. I don’t’ recall seeing a single bird!!

Sunday was much better, it was quite windy, but we did have some sunny spells, the first few hours were cloudy with blue patches. Then the cloud cleared and it was fantastic, we had a clear blue sky from 9-11 am. Two Red-legged Partridges were sitting on our fence when I looked out at 7:30, of course they were gone by the time I got my phone into camera mode.

I went for a short walk along the lane to the Railway Station and turned into the Valley, I was shocked to see how high the stream had risen, it is usually about 3 meters (10ft) below the bank, but overnight it had burst its banks in several places. I could see from the debris in the trees that it had risen substantially in many places without encroaching into the meadow, It had even covered the Kingfisher’s hole which has now disappeared.

I saw very few species and even fewer to photograph, it was quite cold out there too. I made short circular walk through the valley and returned over the top of Rook’s Hill before I walked across the lane and headed south into woodland along the stream. 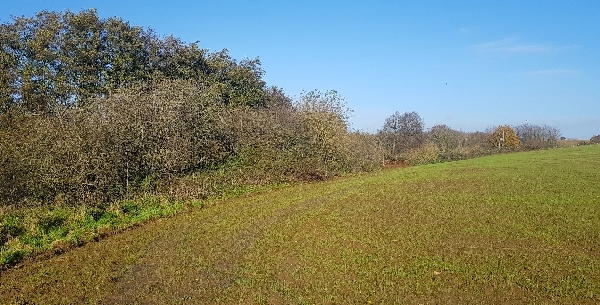 the sloping meadow to the south of the valley, this hawthorn hedge was covered in berries (and thrushes) a week ago, now it is as barren as my wallet!

I did finally find a few species, Redwing, Blackbird, Robin, Blue & Great Tits in the hedgerows and Pied Wagtails (10+) and Common Buzzards (7) in the seeded meadow.

clear blue sky in the meadow 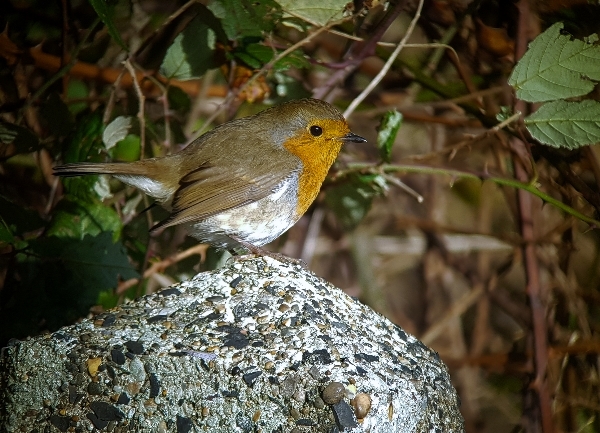 when you are struggling to find anything to photograph you can always rely on the this little beauty to turn up!

I walked the entire route around the valley, following the stream all the way down to the River Yeo and following the Yeo eastward to Rook’s Hill before I walked up and over the hill southward back to the lane. There was a beautiful red sky at 7am, it had faded to grey by the time I went out at 8.

I found a Great Spotted Woodpecker in the large oak next to the entrance track to the valley, but he would not sit still for the camera. 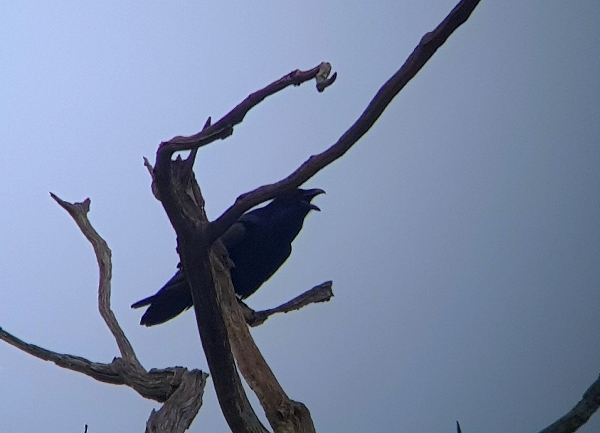 A Raven flew over me and landed in the dead tree on the top of Rook’s Hill, you have seen this bird many times in the past, but here he is again.

I counted 33 Red-legged Partridges and a few Pheasants in the fields behind the stream and at the confluence of the Stream and the River Yeo I enjoyed a few minutes with a party of four Bullfinches. 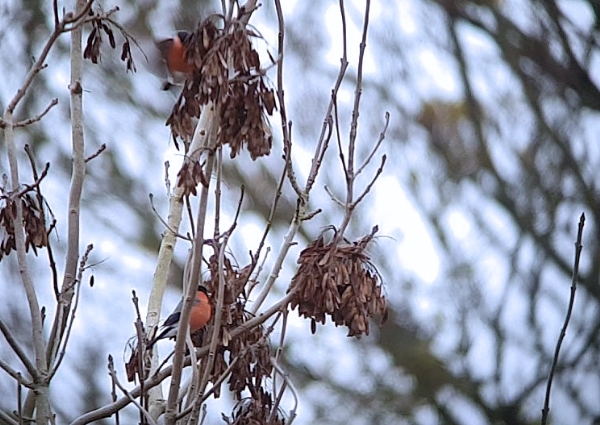 A Redwing also sat still for a little while and I heard the splashing of an Otter just below me in the Yeo, the animal was hidden behind a bush and shot off down river when a dog started barking at me, two dog walkers and three dogs walked past, don’t you just love them? 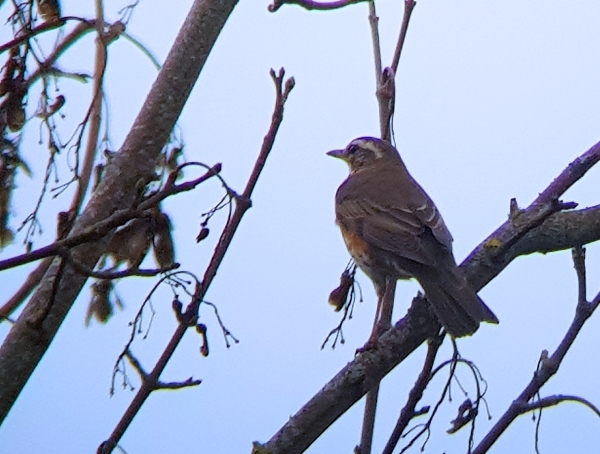 Before I reached the slopes of Rook’s Hill I noticed a very large mushroom in the meadow (all the sheep have now been removed for the winter lambing), and on closer inspection I discovered that it was an edible Parasol mushroom, very quickly I found several more, yummy! Dawn and I are going to have them for dinner with eggs, bacon and beans. If I do not write a blog for the next few days you can guess that I got the ID wrong on the mushrooms!! Ha!

the Parasol Mushroom - no its not growing on my scope!!

On the slope of the hill I stood and watched the dead trees and the fence for a while, then I added a new bird to my ‘patch list’ when a pair of SHOVELERS flew over, that made my day. Then a small flock of 9 Siskins flew into an alder tree, they were at eye-level, but they sat about 50 meters away. I noticed after a while that they also used a dead ash tree for foraging, they were actually eating the dead wood. I could see them stripping off the lichen to get at the wood?? Never seen that behaviour before, have you?

two Siskins from the flock - you can see the bare wood where these birds have stripped off the lichen to eat the wood!

My return home was via the top of Rook’s Hill, I saw Jay, Jackdaws, Black-headed and Herring Gulls, more Chaffinches flew over (did I mention that I had seen Chaffinches all morning flying over in small numbers?). 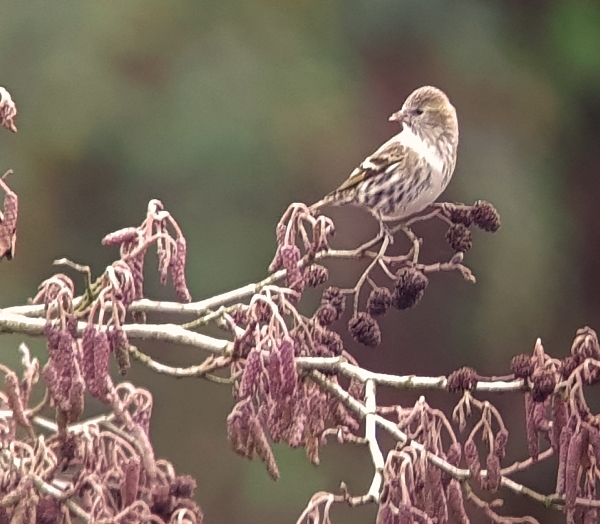 a poor record shot of a female type Siskin

During a walk through the village later on, I added Collared Dove, Common Starling and a Coal Tit to the day list. As usual Nuthatches were visiting my feeders too!