WEATHER: a change in the wind today lowered the temperature, we had grey sky to start with light rain, then long sunny spells and increasing north-westerly winds.

It was dull and grey as I left the flat ay 8am, it started to rain as I crossed the car park and headed to Station Lane, by the time I reached the yeo Valley entrance track it had stopped and I had Jackdaw, Wood Pigeon, Robin, Great Tit and Crow on my morning list.

The blustery wind shifted the clouds eastward and blue sky emerged from the west, but it was cold out there. I followed the line of trees that border the stream looking for Siskin and the likes and by the little footbridge I heard Long-tailed Tits. A mixed flock worked its way along the alders, I saw Long-tailed, Blue and Great Tits, I also spotted a couple of Siskin up there but I am sure that they were not following the flock.

Then I heard the familiar chattering schack-schack of the Fieldfare behind me, I turned to see a group of them perched high up in some dead twigs. I walked as close as I dared and set up the scope, click, click and some rubbish record shots were in the can. I tried to get a little closer and boom, off they went. I thought I saw a dozen or so perched up there but at least 50 fifty flew off, they went southward towards our flat. 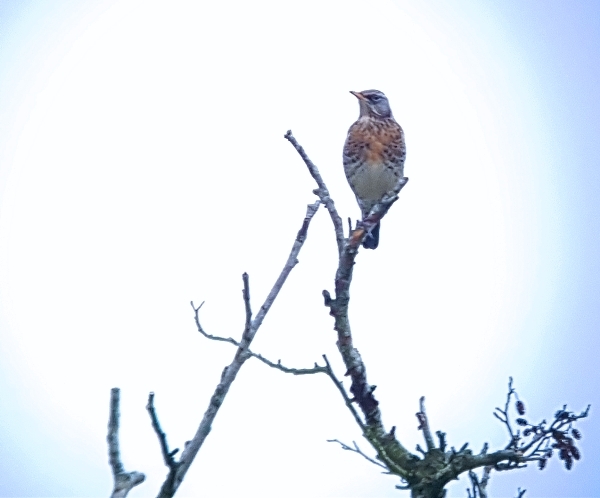 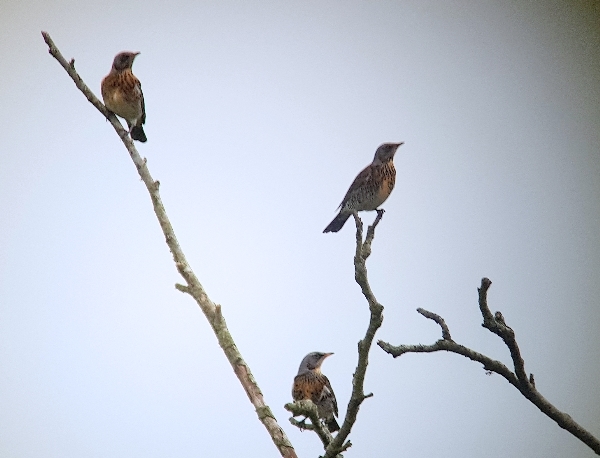 As I walked further into the valley another group of Fieldfares flew over the top of me, I noticed a few smaller Redwings in with them and I knew exactly where they were headed……the hawthorn hedge. Well before I got there I saw and heard the now familiar rippling and splashing of an Otter!! I froze, waited a minute, and sure enough a single Otter swam upstream towards me. I watched it swim to where a log lay across the water, it came right out for a look and I think it spotted me, oops! It then swam under the log and off upstream, I did walk quickly across the meadow ahead of it up the stream but it never showed again. 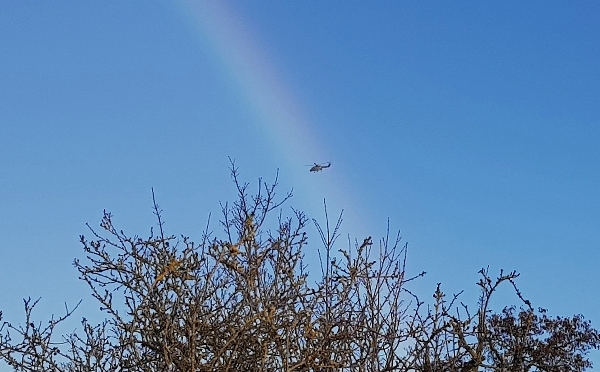 A bot on the landscape, a Puma. This was the cause of panic in the valley

At the hawthorn hedge quite a few Fieldfares and one or two Redwings were feeding on the berries. I don’t know whether or not that you have noticed that usually in a line of hawthorn bushes there is always one or two that are left untouched, completely laden in berries? I assume that these bushes have not ripened yet and so are left until last. The thrushes were in the last remaining bushes with berries but they did not appear to be eating them? 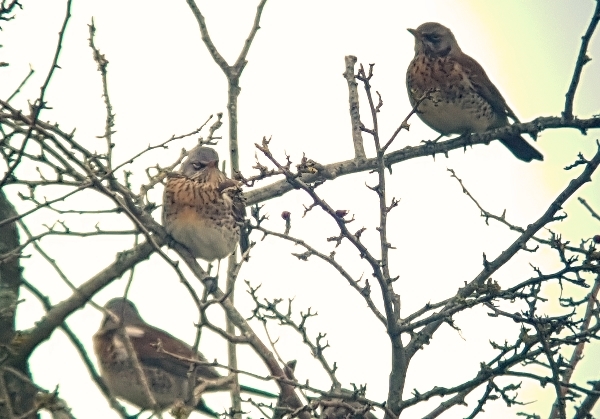 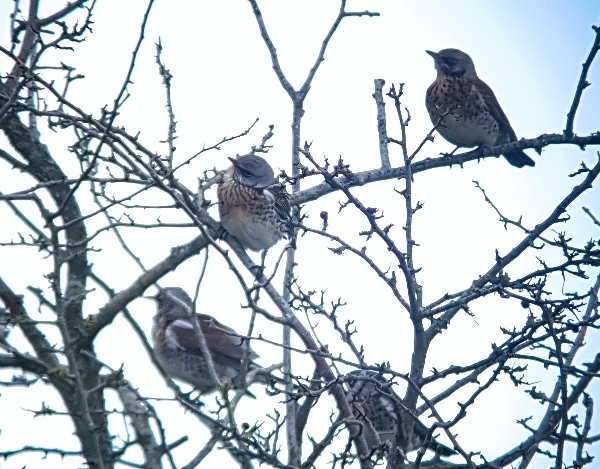 That was the best of my birding I’m afraid, the wind continued to increase and it became quite uncomfortable in places. I walked the entire circuit and even when I found shelter behind Rook’s Hill I never saw a sausage.

looking back at Rook's Hill from the River Yeo

As I was walked up and over the hill I was nearly blown back down the slope! I did see a Sparrowhawk, some Herring and Black-headed Gulls and the usual Pheasants & Partridges but nothing else. 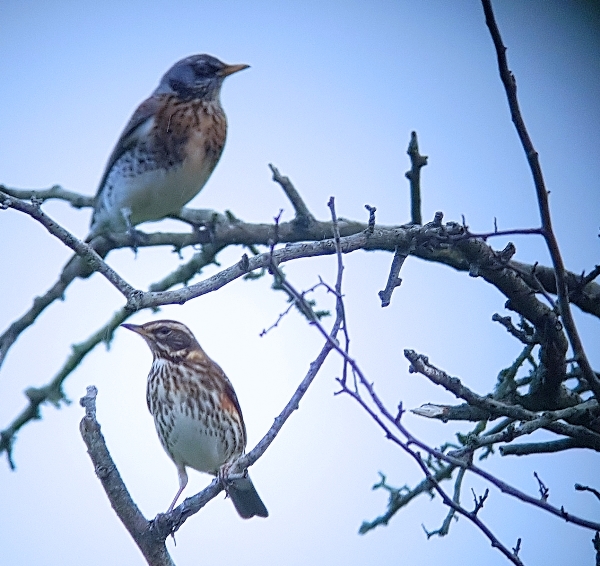 Ah!!! Something different, a Redwingh and a Fieldfare 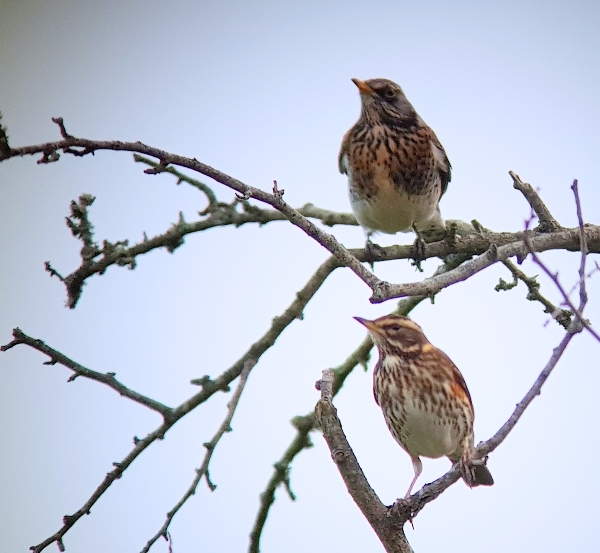 Back home I watched the feeders for a while and listed the same six species as I do every day: Blue, Great & Coal Tit, Nuthatch, Robin and Goldfinch. Also, in the garden was: Wren and Blackbird.

During my exercise walk through the village, a little later on, I saw Starling, House Sparrow, Pied Wagtail and Chaffinch, that concludes my sightings for today.