WEATHER: dull and overcast but dry and windless. Temp 12C

It was another late start, I left the flat at 8:45am and walked round to the track into the valley, I saw House Sparrows in the car park and the usual collection of Jackdaws on the chimneys of the houses across the road. It was very quiet today and yet my run of good fortune continued as I added yet another November Tick to the list!!

One of the first birds I encountered along the track was a female Bullfinch, I noticed the white rump as she flew up off the ground, I managed one or two record shots but nothing worth keeping. The valley was very quiet except for the calls of a Buzzard, also Crows, Rooks, Jackdaws and a distant Green Woodpecker. 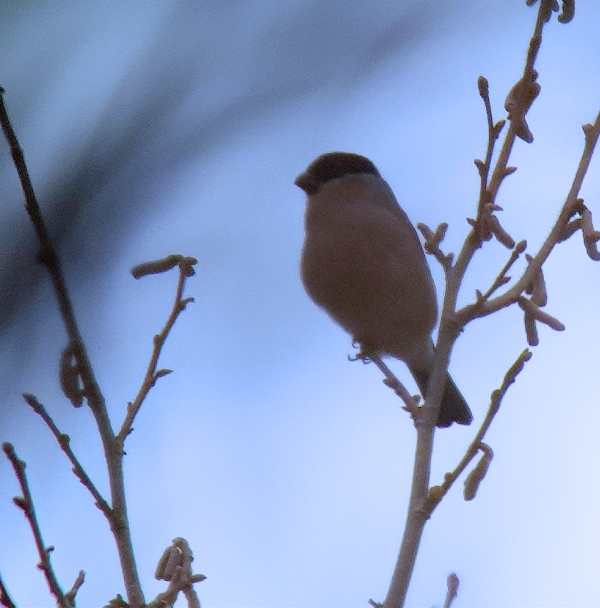 a record shot of the female Bullfinch

All of the Fieldfares and Redwings seemed to have gone, the hawthorn bushes were empty, devoid of birdlife. Just to prove me wrong a single Redwing flew over the valley, but no flocks were in sight. I did see several flocks of finches, they appeared to be passing through, one flock of Siskins was very low but other flock of Chaffinches were much higher.

the hawthorn hedge that divides the two meadows was deserted today

I walked the entire circuit of the valley and as usual I stopped at the confluence of the stream and the river, right on the corner there is a large sallow and it was there that a mixed flock appeared, I counted 15 Long-tailed Tits, two Blue Tits, a Coal and a Treecreeper, they moved through the sallow and flew across the river in front of me. Just before I left I had a lovely surprise in the shape of not one but two Peregrine Falcons!! 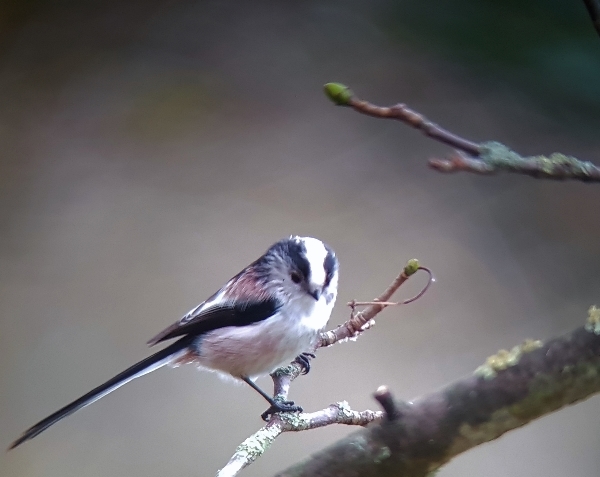 Long-tailed Tit - one of fifteen seen on my walk

I waited for my usual Goldcrest to appear, but it never showed and the only species I saw in the blackthorns were Robin, Chaffinch and Blackbirds. I left the area and walked along the river to Rook’s Hill. From the track on the slope of the hill I saw the Kestrel flying away from me and nothing else of note.

My walk up and over Rook’s Hill was the same, nothing to report. As I was leaving the valley a small flock of 13 Redwings flew over but they were not heading into the valley.

Back at home Dawn was in the garden paint-spraying a metal standard-lamp, so I stood out there watching the feeders for about 30 minutes. The usual suspects turned up, Nuthatch, Blue Tit, Great Tit, Coal Tit and Golfinch. Then I had quite few more visitors when a flock of 11 Long-tailed Tits appeared at the feeders, how nice was that? 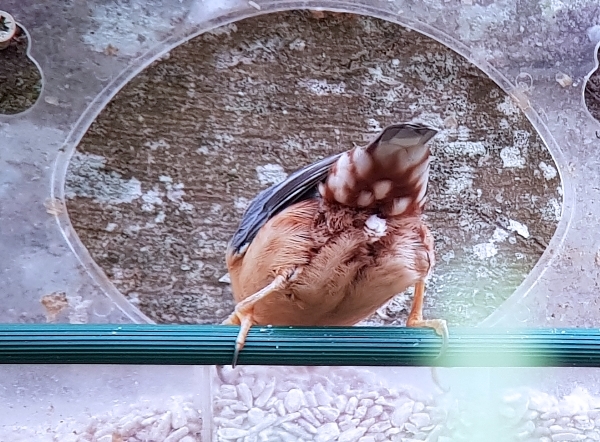 have you noticed the great colour scheme of the Nuthatch's undertail coverts?

Then from the canopy of the sycamores I heard a noisy bunch of finches arrive, I saw Goldfinches and at least four Siskins, wow!! Siskin is a garden tick for this year!! To top it all a Goldcrest appeared low down in the field maples, well I was made up after that. 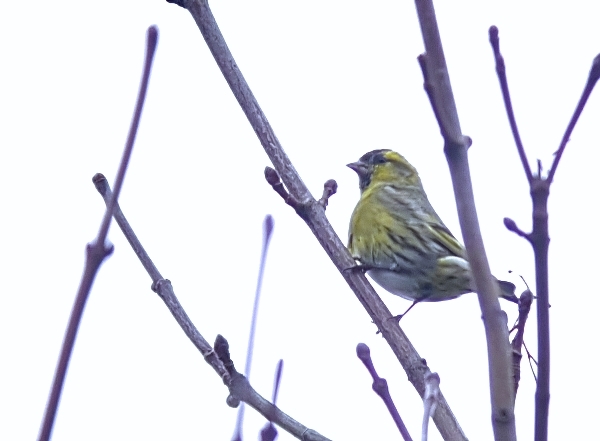 my first Siskin in the garden this year!!! 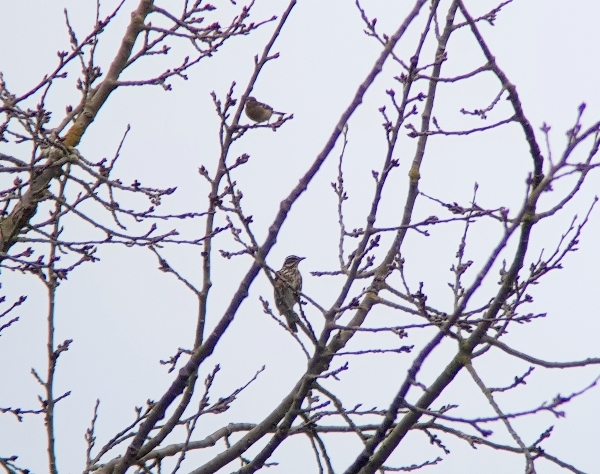 this Redwing flew over the flat and landed in the trees on the far side of the meadow, a Chaffinch landed there too!

As I write this, it is half time of the football match Aston Villa Vs Brighton, my teams is losing 1-0 and I have a depression coming on.