MORNING AND AN AFTERNOON WALK INTO YEO VALLEY

Yet another late start, I awoke at 8am and left for my walk some 45 minutes later. I had a wonderful time in the Valley today, lots to see and hear with reasonable weather too. At least three Robins were singing as I made my way round to the valley entrance track and a Common Starling was sitting on top a tree chattering away and producing lots of mimicry, the type of song you would expect to hear in March not November (incidentally when Dawn and I went out for a second walk around 3pm the Starling was still there singing!!).

This Common Buzzard sat in a tree along the stream

A Jay was the first bird I saw in the valley, it flew into a large oak tree in front of my but never stayed around for long, hence no pictures. A few small flocks of finches were zooming around (I know zooming has a different meaning these days, but you know what I mean), I saw 9 Siskins and a mixed flock of Goldfinches and Siskins a little later. 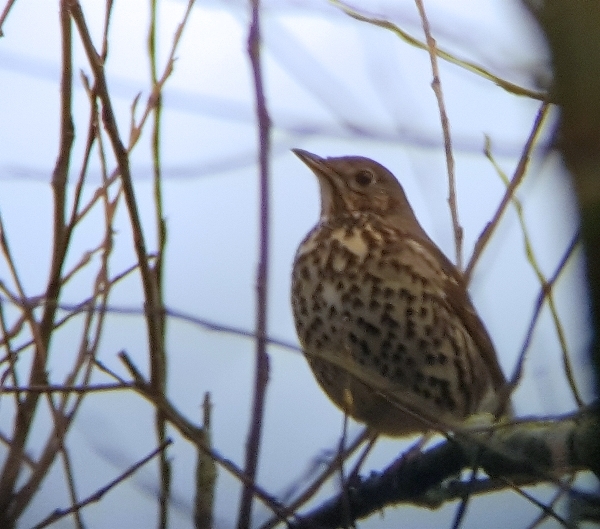 one of the few Thrushes I saw today, Song Thrush

It was corvids that stole the show today not the thrushes, I noticed an unusual number of Crows on the slopes of Rook’s Hill and even more in the hawthorn hedge, they just kept on coming. I counted 65 Carrion Crows with a total estimate of over 90, it was incredible and they were so noisy. The collective noun for Crows is a ‘Murder’ they could have quite easily murdered me if they had chosen to, 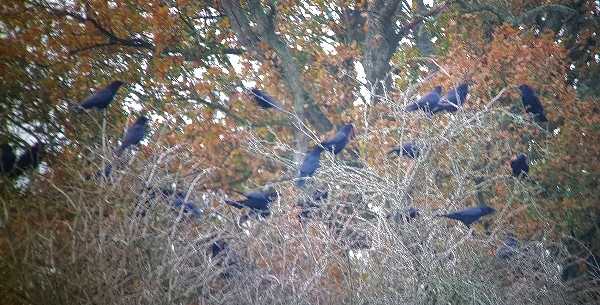 a 'Murder' of Crows

sixty five of them sat in the hawthorn hedge 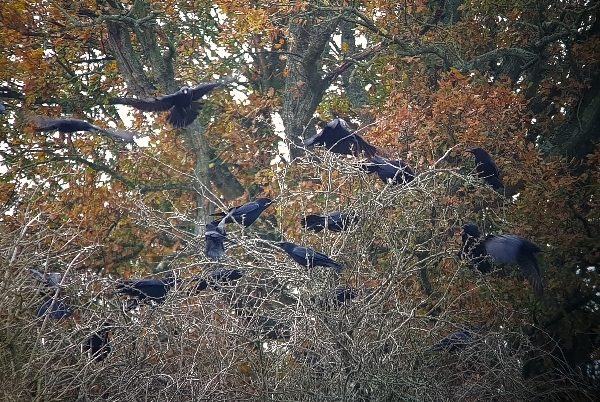 My next sighting was of a mixed flock of Long-tailed Tits, Coal Tits, Blue and Great Tits and a single Treecreeper, another couple of Robins were seen singing and a cheeky little Wren came close to me. Dwon by the River Yeo I caught up with another flock of Siskins they were feeding in an Alder Tree, jhere is a short video of them, click the link below:;

As I walked around the second meadow along the banks of the river Yeo I had a few fly-overs, a group of gulls was made up of Herring Gulls and Black-headed Gulls, a pair of Mallards flew eastward and four Stock Doves flew into the wood. 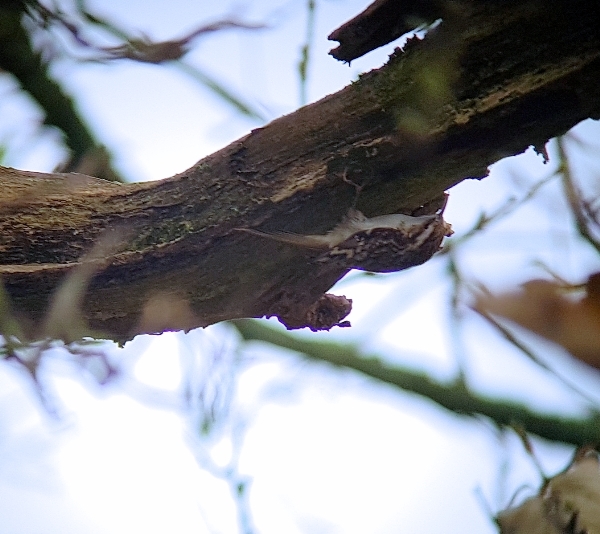 record shot of the Treecreeper

From the slope of the hill I stood and looked for the Kestrel which did not show, I heard a Green Woodpecker and saw this bird shown below, can you tell what it is?? 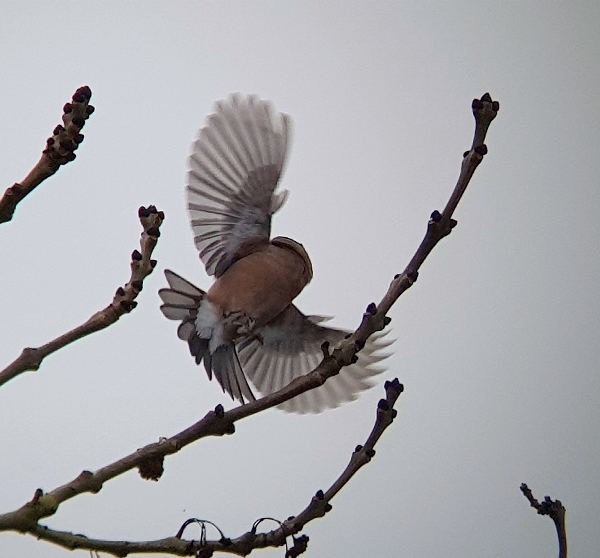 My walk over Rook’s Hill produced distant sightings of both Redwings and Fieldfares, small flocks were zipping to and fro moving from feeding place to feeding place. I guess a flock of 23 Fieldfares was the largest.

Back at home the feeders were again very busy, a Great Spotted Woodpecker was a garden first for this autumn, it joined the usual crowd of Great, Blue and Coal Tits, Goldfinches, Nuthatches, Chaffinches and a Robin. 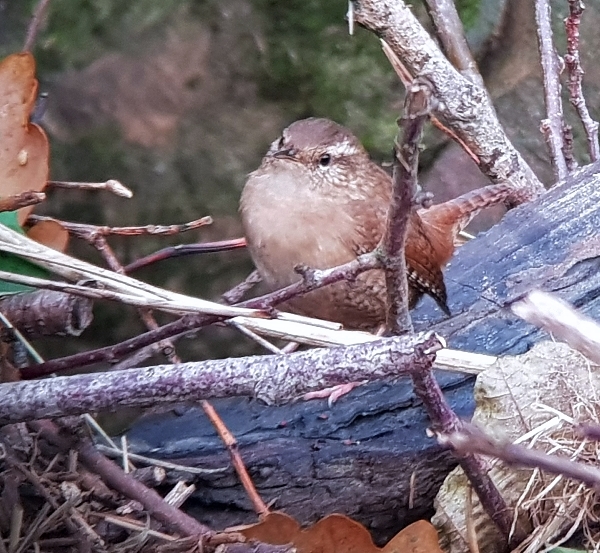 Dawn and I went out for a second walk Late in the afternoon, we covered the same ground with very few sightings. An extensions to the walk was the track leading south along the stream, we saw Great Spotted Woodpecker, Common Starlings and huge flock of Herring Gulls (50-70 birds). We also watched a steady stream of corvids, Jackdaws and Rooks mainly, heading off to a roost. We counted over a 100 birds and they kept coming, I think I might do a serious count one afternoon to get the true total.