A MORNING VISIT TO LANKHAM BOTTOM

When I looked out of the window at 8:30am this morning I couldn't see the meadow which lies just beyond our garden fence! Thick fog prevaiIed throughout the morning, by 10am I was climbing the walls and so I went out, the fog had lifted a little.

My theory was that the fog was only lying in the lowlands and valleys so it should be clear on the top of the hills, right! Wrong!! I drove up the A37 to the top of the ridge and parked outside the southern end of Lankham Bottom Butterfly Reserve, there was thick fog all around me, doh!!

However, the sun was breaking through and over the next couple of hours patches of blue sky appeared and the fog lifted. Patchy fog remained throughout but there was enought visibilty to watch a few birdies.

this is what I was faced with as I arrived

I could hear gunshot from the down the valley towards Maiden Newton and presumed a hunt was taking place, in the fog??? They must be desperate to kill Pheasants and Partrdiges, its a big money business and the weather will not stop them.

I saw a large flock of Goldfinches as I entered the reserve, they flew up from the grassy bank and landed in a row of trees, then a few Redwings and Fieldfares flew over and a small flock of my target birds landed in the hedgerow. I was after Yellowhammers and now I had found them, it had taken all of ten minutes, I got a bit over confident and walked nearer to get a good photo, oops!!! Off they went before the scope was focused, and do you know what? They never returned, I couldn't find another one all morning!! Doh!!

then patchy fog drifted over the hills

I stayed near the top of the reserve just in case stray gunfire peppered me with gunshot, both Pheasants and Partridges flew into the cover of some brambles, they took no notice of me, I guess they realised that being shot with a camera was a darn sight better than being shot with a gun!! 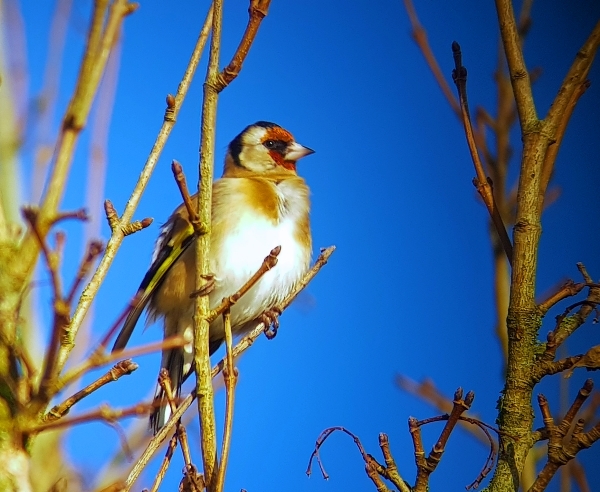 a Goldfinch appreciating the sunny spell

I spent 45 minutes walking around the far end of the reserve, I saw a couple of Hares, some Meadow Pipits, Blackbirds, Robins and a few Blue Tits but nothing much else. So I got back into the car and drove to the northern end of the reserve and parked in the main entrance car park. 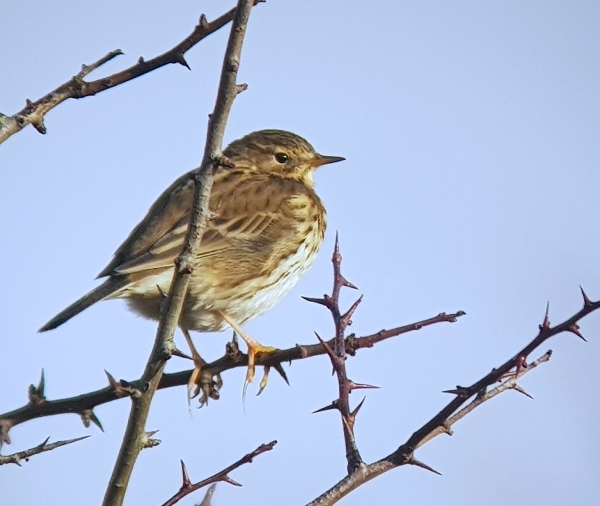 Meadow Pipits - they are supposed to have very long hind claws, these do not particularly long to me

A lot more birds were flitting around but it was far more open and a very cold breeze froze my hands when I dared take my gloves off to focus the scope and operate the phone buttons when taking pictures. I got good views of Mistle Thrush and some Fieldfares and I saw a beautiful male Bullfinch that stayed around for posing a photograph but my hands were too cold to oblige in time. He flew off in a bit of mood, issuing one of those mournful calls as he left. 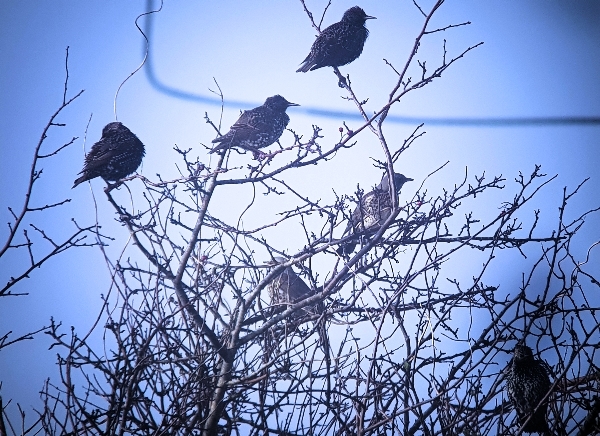 Starlings and Fieldfares together 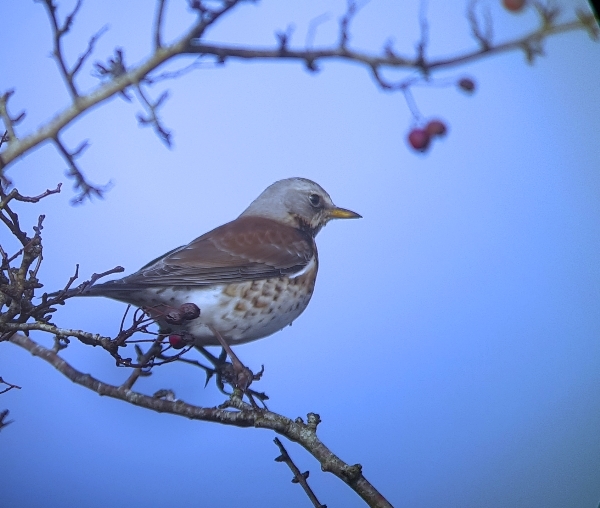 I found some Redwings feeding on the grass, they do that when the hawthorn bushes are almost stripped bare and those bushes that have berries are carefully guarded by Fieldfares or Viking Blackbirds. The pecking order stands firm here, there is no place for low-ranking Redwings and Song Thrushes in those bushes. 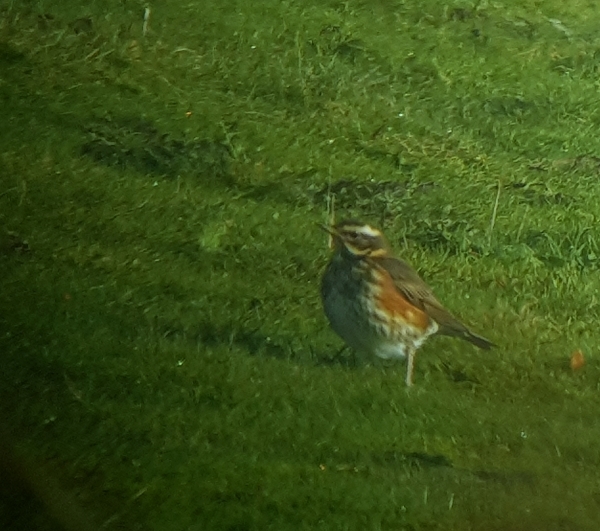 a Redwing shot for those of you that crave this species!

Apart from the disturbance of a Conservation Working Party the reserve was pretty much dead. I walked along the top ridge but never ventured far from the entrance gate, the fog came and went and I got cold so I went too.

A clear spell at Lankham Bottom just before I left