ALL DAY ON THE LEVELS – SHAPWICK HEATH

This is my last blog of 2020!! It was a wonderful day to end a miserable year.

Dawn and I had a lovely time out on the ‘Levels’, we  set out around 9:30am and drove to Shapwick, along the way we stopped on the ridge called Walton Hill where panoramic views of the Somerset Moors and across to Glastonbury could be seen.

The Somerset Moors from Walton Hill 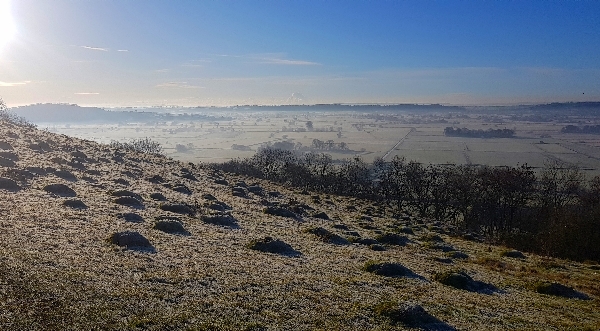 The view of the frozen, flat landscape, shrouded in mist and draped in golden morning sunlight, was breath-taking. Across the road behind us a view all the way to Glastonbury was a complete contrast but equally as beautiful. 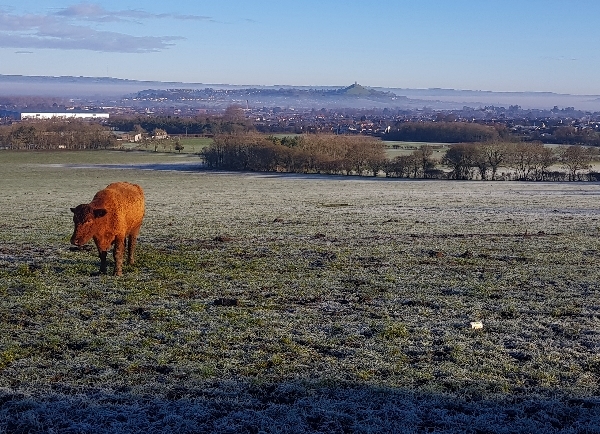 We drove through Shapwick Village and through the flat pastureland to the ‘South Drain’ which bisects the Levels from the Northwest to the southeast. Along this road many birds could be seen in the meadows or flying over them. Two birds shot across the road in front of the car one after the other, the first was a Great Egret, flying high up, the second was a Long-tailed Tit which dashed across in front of the car, these birds represent the diversity of the birdlife both in their ecology and physical size.

After we parked the car we took the Path which runs parallel to the South Drain, we headed south-eastward towards Ham Wall. We followed the track that took us to the Decoy Hide through flooded woodland and reed-fringed pools. The light was exquisite, a photographer’s dream and the air was perfectly still, nothing stirred, the reeds stood to attention as though on parade. The prehistoric ‘Sweet Trail’ was discovered in this area and you can still see part of it, also a replica is exhibited, well worth a visit. 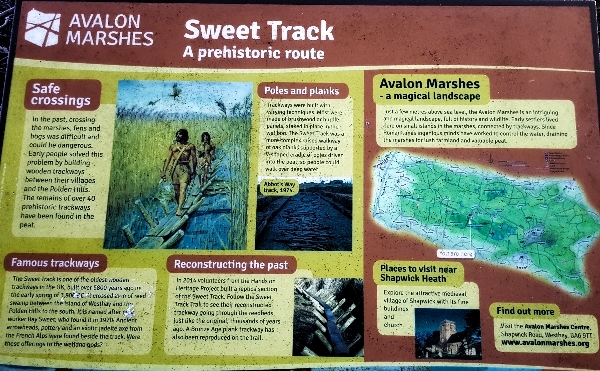 We walked through woodland finding several mixed flocks of predominately Long-tailed Tits, but also Blue, Great and Coal Tits, as well as Goldcrests and Treecreepers. The pools around Decoy Hide were partially frozen, this meant that the hundreds of ducks had to feed on the fringes and were much nearer and easier to observe. The hide was shut because of covid, but good views of the water could be had from the sides.

a male Shoveler looking beautiful in the midday light

Many Shovelers looked fantastic in the morning light, the plumage of ducks in winter and spring are superb, we noted Teal, Tufted Duck, Gadwall, Wigeon, Mallard, Coot and Moorhen. The occasional Marsh Harrier flew over causing mass panic amongst the smaller ducks.

I thought that I had found Jesus today walking on water, but Dawn pointed out that it was Coot walking on ice

As we returned to the main path we stopped to eat our picnic lunch and drink our steaming hot tea/coffees. Once back on the main track we saw a single Cattle Egret, two more Great Egrets and a Little Egret. 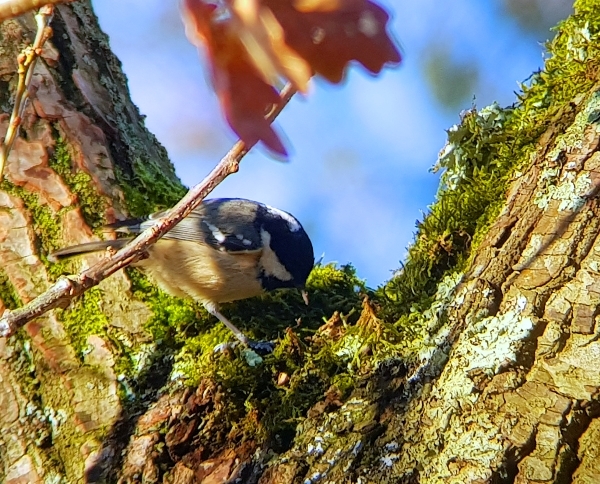 Noah’s Lake was absolutely covered in birds, thousands of them, mainly Wigeon, but also Mute Swans, Great Crested Grebes, Shovelers, Teals, Tufted Ducks, Gadwalls, Mallards and a few Pintails. We could not find Common Pochard or Goldeneye. By this time Dawn was getting a little fed up and cold – a recipe for disaster. I got her to stay a little bit longer whilst I searched for Redpolls in the silver birch trees without luck. I did find Siskin, Goldcrest, Long-tailed, Blue, Great and Coal Tits and another Treecreeper.

ducks mainly Wigeon - can you pick out a Pintail?

We walked slowly back to the car which was about 3km along the track, as we walked we saw small flocks of Redwing, some Cormorants, a couple of Buzzards, more Marsh Harriers, large numbers of Lapwing, a few gulls  and two more Great Egrets all in flight. 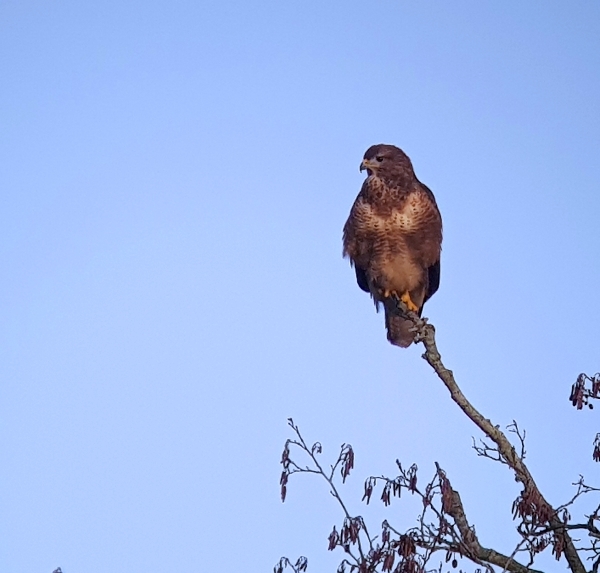 Back at the car by 3pm, I suggested that the light was perfect for the Starling Roost at Ham Wall, unfortunately that was a no-no, once Dawn gets cold its game over. So off we went, it had been a fantastic day and I didn’t want to spoil it!!

I wish you all Health and Happiness for 2021 and may the vaccine be with you soon!