Today's weatger was  a complete contrast to yesterday’s beautiful sunshine! It was very dull, very cold with a very cold breeze, but I still went out without hat and gloves, not because I’m so macho, it’s because I’m  gettingsenile and I forgot them.

I drove across to Clifton Maybank at 8:30am and once again missed the Cattle Egrets, I found the correct field where they were seen yesterday but they had moved on elsewhere. So then I drove to the edge of Yeovil and parked by the Sewage Works for a walk along the River Yeo. I was hoping for a Firecrest or even some Redpolls but I found neither. Plenty of common species were flitting about and my best sighting was that of a Goldcrest which came very close to me at it worked its way along a fenceline covered in bramble and ivy. 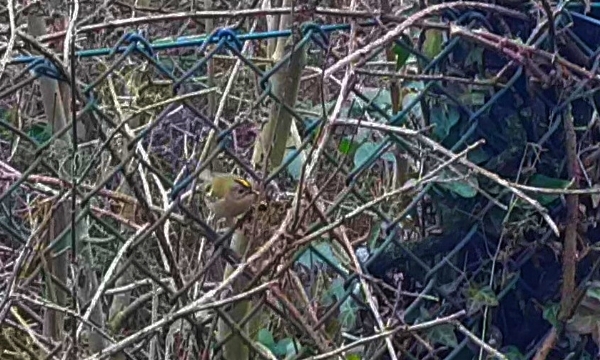 hand held phone shot of the Goldcrest - can you pick it out?

Steve Chorely then called me and told me that the Cattle Egrets were showing back at Clifton Maybank but a little further into the fields, so I drove the 2 miles back to there. Steve had gone but the Egrets remained, I saw two Cattle Egrets and 10 Little Egrets spread over two fields in amongst the cattle.

After a a couple of hours back at home I went out in the afternoon to check my local area, a quick look at Barwick Pool revealed nothing new, Mute Swan, Moorhen, Little Grebe and a house fire. Yes, one of the cottages attached to the main building was burning with three fire appliances in attendance, I didn’t stay long. 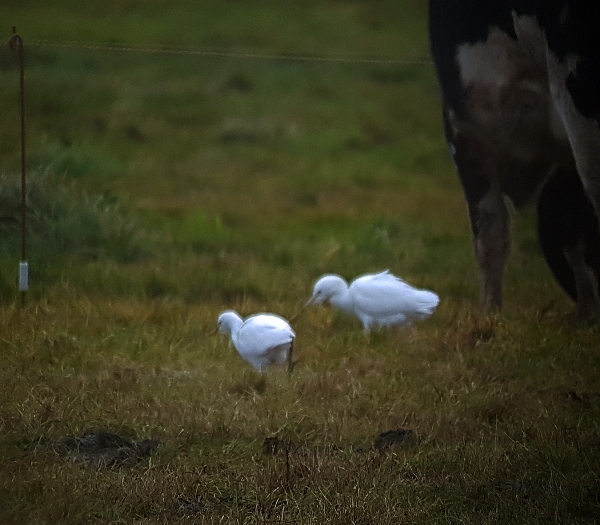 and so was these Cattle Egrets 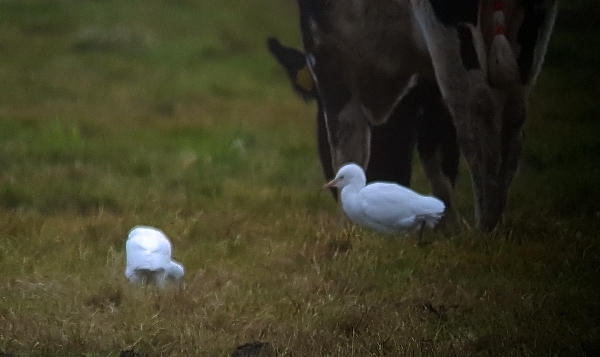 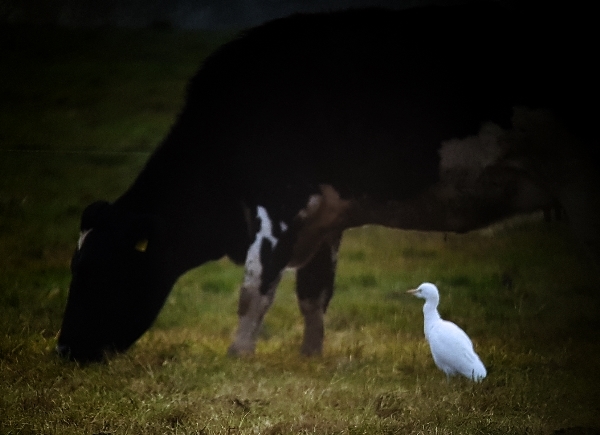 Next I parked on the west side of the A37 in Pavyott’s Lane, the fields around this area are fast becoming a new favourite of mine. You have a field of cattle and beet, a large field of maize stubble and a field of uncropped potatoes all with mature hedges around them. Hundreds of birds were in the area, I had a really enjoyable hour or so there. In the cow field there was a lot of Pied Wagtails, a pair of Stonechats and few Black-headed Gulls but no Golden Plover as there had been over the Christmas period. 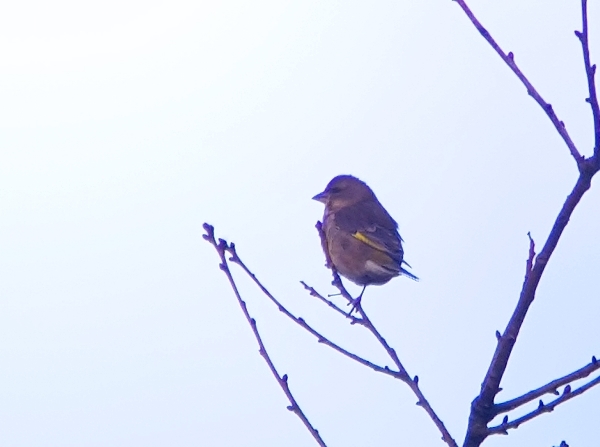 not a common species around my area - female Greenfinch

In the stubble field a huge flock of Linnets were very skittish and flighty, they were joined by a dozen or so of Chaffinches with a few Greenfinches, I also saw 6 Reed Buntings, 9 Skylarks and a Chiffchaff landed in bush very close to me. Many Fieldfares and redwings, Blackbirds and Starlings were also feeding in the area. A flock of about 100 Golden Plovers flew over and a little later 74 Lapwings went over in the same direction.

From Pavyott’s Lane I drove to Sutton Bingham  and spent some time there sifting through the Gulls with Pete Ackers, we saw a couple of dozen Mediterranean Gulls with the Black-headed Gulls, Herring Gulls, L BB Gulls and Common Gulls. I also noted Cormorant, 77 Wigeon, Great Crested Grebe, Mallard, Moorhen and Pied Wagtail. I searched for Little Owl and Peregrines on the pylons without success.

I drove home as the daylight diminished and although a clear sky had appeared and prolonged the daylight by 30 minutes or so it still seemed such a short day. I had added four species to my year list today which now stands at 68.