It was a miserable day today weatherwise, I read in the newspaper that the first Monday in the New Year has been voted the most depressing day of the year by the British Public, it certainly lived up to its reputation for most of it.

I went out three times, the first was for my exercise walk at 11am, a fast-paced walk through the village and up to the railway station then back home. I didn’t see much it was dull and cold with quite a strong breeze but House Sparrows, Collared Doves, Common Starlings and the usual Jackdaws cheered me on as I walked past them.

At 2 pm I drove into Yeovil Country Park, known as Ninesprings by the locals, it is wooded area with well marked pathways,  it has a lake which is fed by a stream which cascades down the hillside through the wooded area into a series of man-made smaller pools. It is a great place to go birding and one local birder, Oli, found a Firecrest there on New Year’s Day, so I went looking for that.

the walk up through the wooded area in Ninesprings

From the car park I walked past the large lake where dozens of over-fed Mallards stuffed themselves on bread thrown to them by a conveyer-belt of locals, a good number of Mandarin Ducks are usually there too, I saw 4 males and two females. Also on the pool was a Little Grebe, a couple of Moorhens, two Herring Gulls and a single Black-headed Gull. A Jay called from within the woods, but I never saw it.

I walked up past the smaller pools to the top pool where a tree had been blown over and was blocking the path, it was there that I should look for the Firecrest. I couldn’t believe my eyes when after being there for all of 30 seconds the FIRECREST appeared at eye-level and not 3 meters away from me. How fantastic was that? And what a gem to brighten up the dullest of days.

poor record shot of the Firecrest 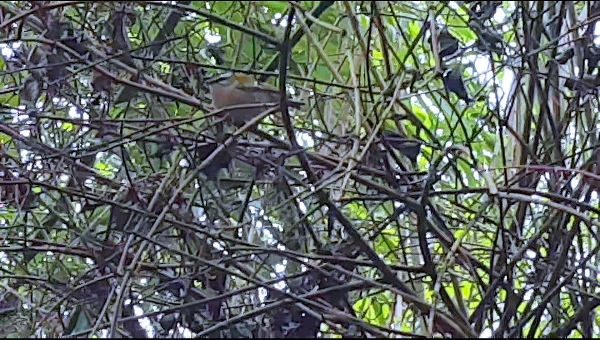 The bird was too close to phone-scope so I tried to film it but made a bit of a hash of that, the bird was very active. Eventually it flew across the stream and worked its way down the embankment through the scrub. I managed a couple of very poor record shots through the scope, but it was hard going, at one stage a Goldcrest joined it and I followed the wrong bird for a while. A Kingfisher flew past me, another bright gem to brighten up my day, I also saw Long-tailed Tit, Blue & Great Tits, Coal Tit and several other common species. 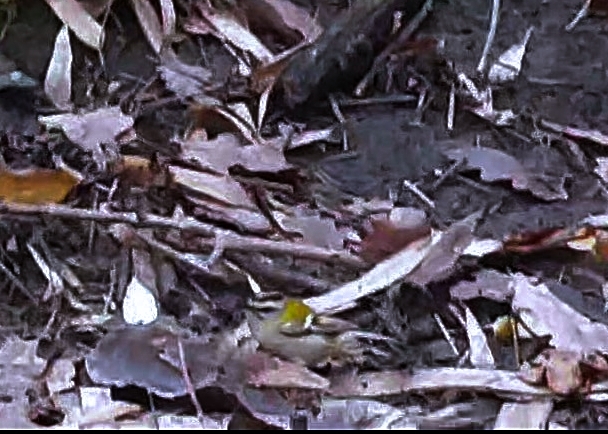 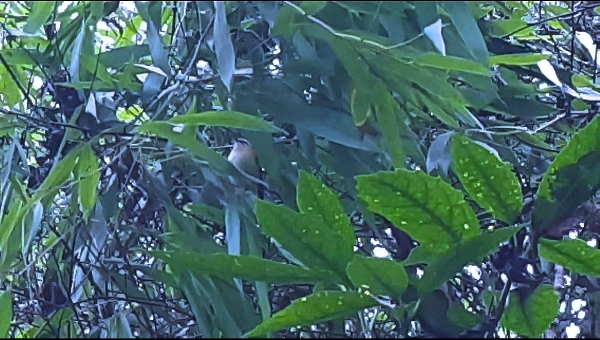 My final walk was at 7pm, I walked up through the village listening for a Tawny Owl which I was reliable informed had been calling every night around 7pm. I never heard a bean, so I walked to the Bradford Abbas road and turned onto a track which takes you through the wooded area alongside the stream back to the railway station. It was sheltered there now wind, perfect for a Tawny Owl, but……nothing!! I walked back home. Dawn thought I was going crazy, “sit here in the warmth with me and listen to the Prime Minister announce another lockdown”, oh such joy!!

Two new species for the year list were: Firecrest and Mandarin Duck, bringing the total to 70. All seen within a 3 mile radius of my home.