WALK TO BRADFORD ABBAS AND BEYOND, ALSO A QUICK VISIT TO YEO VALLEY

The fog had cleared, it was a bright and frosty morning and I was optimistic about seeing a few more species for the year list. I walked to Bradford Abbas via Clifton Maybank and then I got onto the track than runs parallel to the railway track and heads due eastward towards Sherborne.

I noted Redwings, Fieldfares, Common Buzzard, Herring Gull, Great Spotted and Green Woodpeckers and many common species as I walked across the fields towards Bradford Abbas, I looked for Egrets in the meadows around Clifton Maybank but did not see any.

the view towards Thornford from the track to Sherborne

Once on the track to Sherborne I started seeing quite a few more species, a small flock of Skylarks were flitting around in a stubble field with a bunch of Pied Wagtails and a few Meadow Pipits. Then I scanned a row of pylons and picked out not one, but two, Peregrine Falcons!! A new species for the year and one of my target birds for the day. 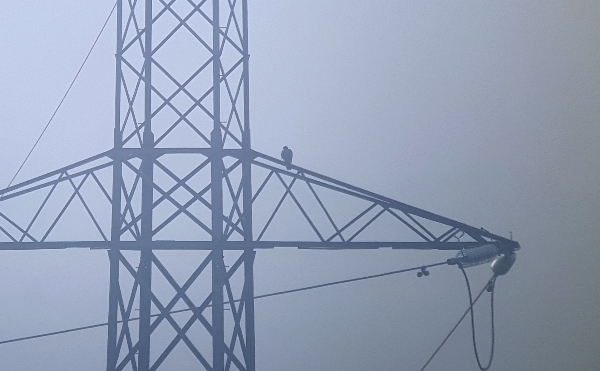 my 74th Species of the year - Peregrine Falcon

I continued along the track, passing a couple of farms and into more open arable land, I searched for Yellowhammers having seen them in this area several times last year. A large flock Chaffinches in a maize stubble filed gave me optimism, but searching through them produced nothing but Chaffinches, there was over 50 of them and not a sniff of a Yellowhammer or a Brambling. House Sparrows, Robins, Goldfinches, Meadow Pipits, Wrens, Blackbirds and Song Thrushes were all noted in the same field.

A Mistle Thrush sat alone in the middle of a pasture and in the distance I could see many gulls and corvids feeding in a recently ploughed field. Scoping the gulls I saw Black-headed, Herring and Lesser BB Gulls as well as Stock Doves, Wood Pigeons and dozens of Jackdaws, Rooks and Crows. 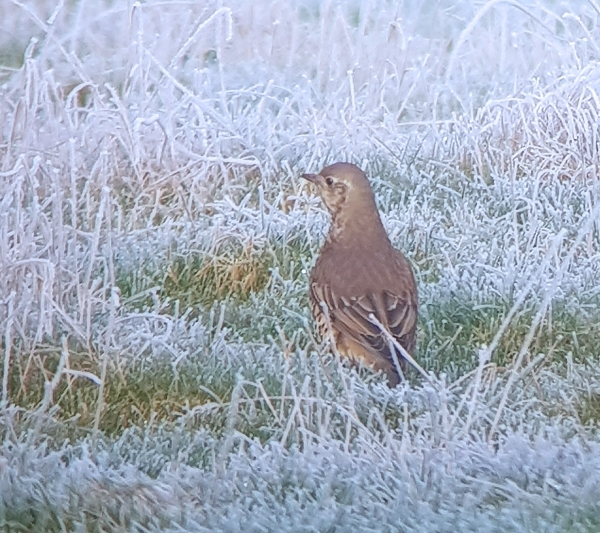 Mistle Thrush in the frosty grass

I searched the sky every few minutes in the hope of seeing a Red Kite, I knew that this area is a regular haunt of a pair of them, but not today. My journey back produced very little more so as I approached home I diverted my walk and spent a little time in Yeo Valley where I quickly added Jay, Bullfinch, Green Woodpecker to my list of sightings and a pair of Ravens were feeding on the slopes of Rook’s Hill. 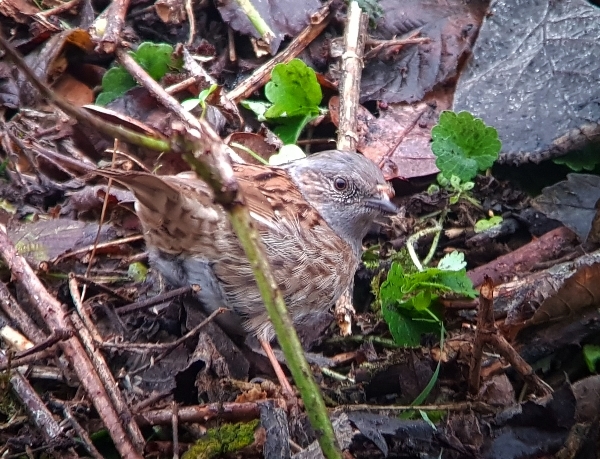 a local Dunnock with a cancerous growth between its eyes.

Along the stream I looked for Grey Wagtail which is still missing from my year list and I scoped a large flock of Red-legged Partridges, there must have been 30+ birds! 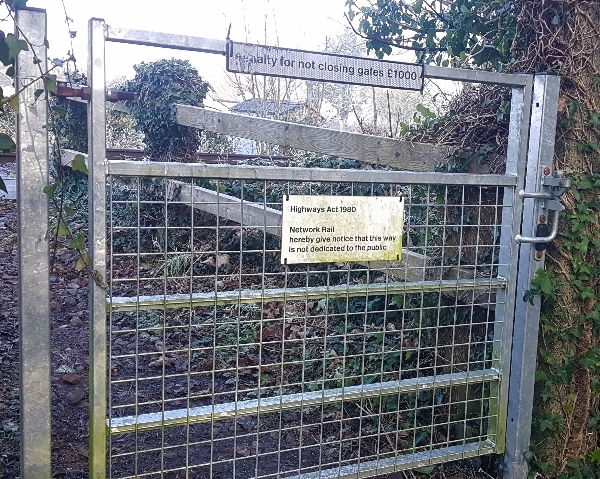 it would be a serious mistake to leave this gate open!!

I went home and watched my feeders for a while and whilst doing that I saw a huge mixed flock of Siskins and Goldfinches fly along the canopy of the Alder trees in the adjacent meadow. Nuthatch, Coal Tit and Great Spotted Woodpecker were the highlights of my garden watch but it was interesting to note that a Blackbird has learnt to stand on my Sunflower-heart dispenser and take the seeds. I hope the Wood Pigeons don’t copy that, if they do you can call me Bobby-thin-wallet again!!