WEATHER: dull and overcast, still quite cold, no wind.  1-3C

This was a mid-afternoon walk so the light was pretty dismal and the countryside looked bereft of life, however despite its appearance there was a surprisingly good number of birds around. I walked along the lane towards the railway station and turned south under the track to follow the stream, as usual I checked the stream for Wagtails from the road bridge and maintained my vigil all the way along the stream until I reached the open meadows. 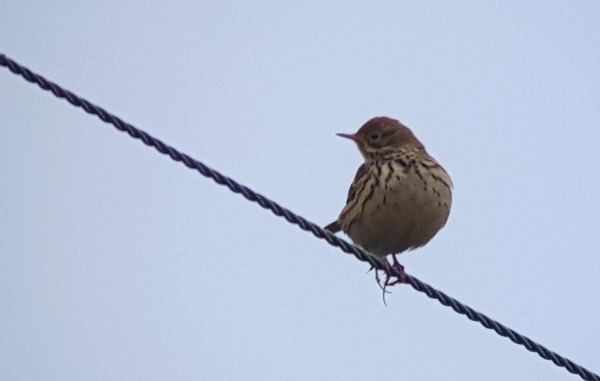 The track was muddy but not too bad, I watched a few species in the belt of woodland alongside the stream, the usual Blue & Great Tit and the odd redwing. Nothing showed on or near the stream so I headed across the meadow toward the driveway to Cowpool Farm, I could see, using the scope, a large number of birds on the hillside sheep field, so that is where I headed.

The driveway to Cowpool Farm

From the farm’s driveway I scanned the field and to my great surprise I found 3 Lapwing!! Though not a first for my patch, it is the first time that I have actually seen them in Stoford on the ground. I counted 45 Redwings, 87 Starlings, 9 Meadow Pipits and I saw dozens and dozens of Rooks & Jackdaws. 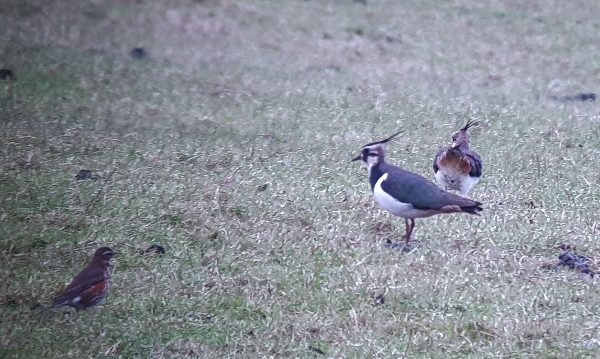 Lapwings and a Redwing

Behind me, on the other side of the track, was a maize stubble-field except this one had been sprayed with ‘muck’ and was also full of birds. A huge number of Redwings (over 200) were joined by as many Starlings, also Herring Gulls, a few Meadow Pipits, Chaffinches, Goldfinches, Pied Wagtails and Wood Pigeons. 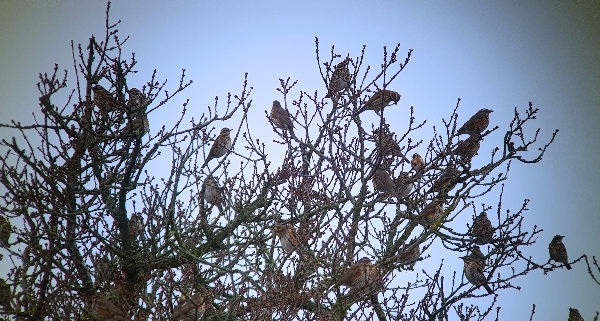 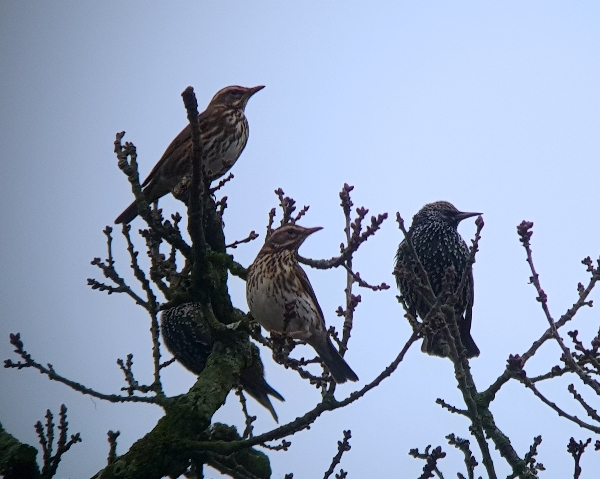 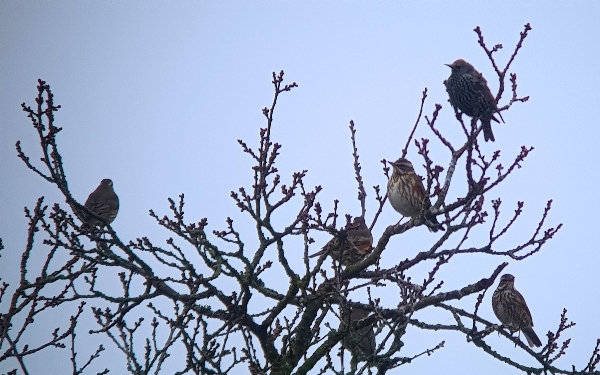 On the way home I once again searched the stream for Grey Wagtails without any luck, I am not surprised because now it getting on for 4pm and most birds were zooming off to roost. 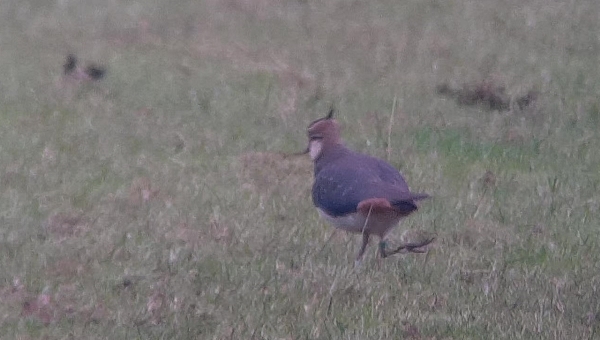 this Lapwing has a broken leg - you can the foot is at right angles to the leg. Just above the break there is a green plastic ring and just below it there is a BTO metal ring, hmmmm!