With the weather forecast looking good for this morning Dawn and I planned a nice walk to Thornford via Bradford Abbas, a round trip of 7 miles. We set out at 9:30am and made our way to Clifton Maybank, we crossed the large grass field near the station where we saw a large flock of Redwings and we counted the usual nine Buzzards feeding in the grass.

At Clifton Maybank we saw a Green Woodpecker, a small flock of Siskins and in a distant cow field we spotted 5 Little Egrets. Large flocks of Jackdaws and Rooks roamed the fields, we heard Song Thrush and Robins singing, a Great Spotted Woodpecker drumming and Great Tit calling, spring is definitely in the air.

We walked through Bradford Abbas and crossed the road into Mill Farm where a public footpath takes you through their paddocks with Alpacas and various other exotic animals. The pool there was quiet and serene, well, it was like a Mill Pond at Mill Farm!

Mill Farm with the pond on the right

From Mill Farm there are three large fields to cross in order to get to Thornford, all these were very muddy, our boots had half a ton of mud attached to them, it made it hard going and Dawn began to flag. We had a bit of a reprieve as we past through Thornford but more mud awaited us on the return loop.

The track back to Bradford Abbas, the pylon behind Dawn had two Peregrine falcons sitting on it

The final track back to Bradford Abbas was quite dry, we saw a few birds along there, a Flock of Linnets, a few Pied Wagtails and I was scanning the sky regularly in the hope of seeing a Red Kite as I had done several times last year. We walked below some power lines and on the nearest pylon sat a female Peregrine Falcon, we walked right below the bird but with my scope I couldn’t get a decent shot it her, whilst we were watching the male Peregrine arrived and sat about 5 meters below. 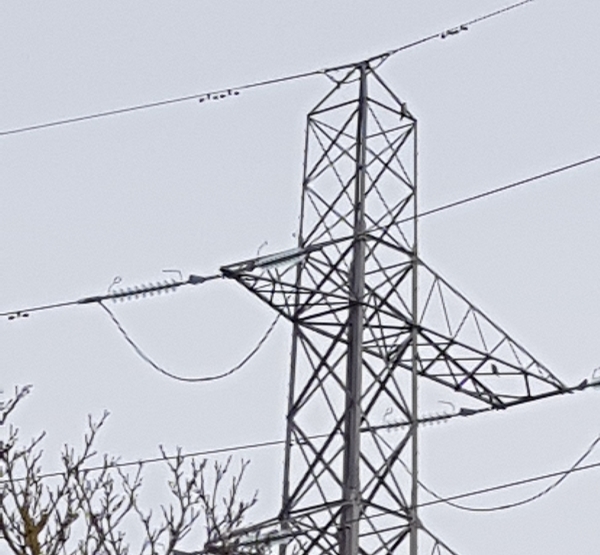 you will have to take my word for it, there are two Peregrines on this pylon

The return journey back to Stoford from Bradford Abbas was full of good sightings too, we bumped into a mixed flock of Long-tailed, Blue, Great and Coal Tits, we had good views of Siskins in the alders along the River Yeo and as we crossed the final field near the station we saw a large number of thrushes. Three Mistle Thrushes, joined over 60 Redwings, six Fieldfares, a few Blackbirds and a single Song Thrush. The nine Buzzards were still about despite a steady flow of dog walkers circumnavigating the field. 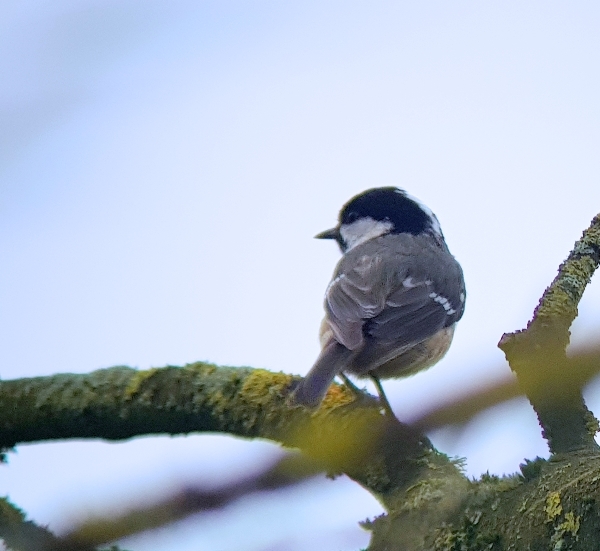 Coal Tit - taken in the garden when we got back

We got home at 1:30pm, Dawn was shattered, we had lovely home-made soup for lunch, that warmed us up for a while. I went back out at 3pm with my scope, I wanted to try to photograph as many of the five species of thrushes as I could, they were all in the field of short grass we had walked around and they were still there when I arrived, but a little more spread out. 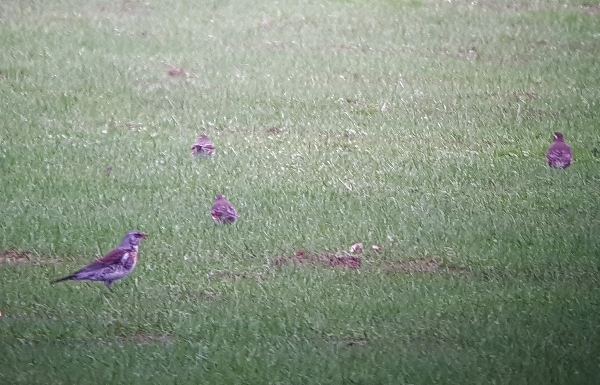 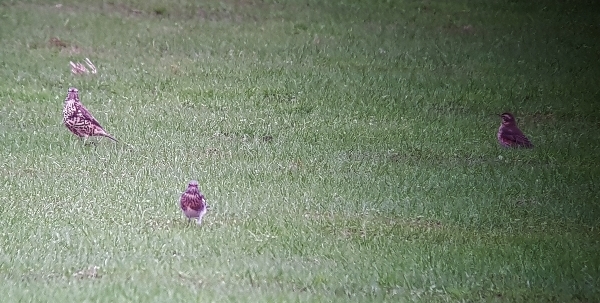 Mistle Thrush with a Fieldfare and a Redwing

The Mistle Thrushes hopped around with Redwings and Fieldfares in the middle of the field, but the Blackbirds and the Song Thrushes tended to keep to a narrow margin around the edges. I ended up taking more pictures of the Buzzards and I got cold doing it, I stayed out for an hour and called it a day just after 4pm. 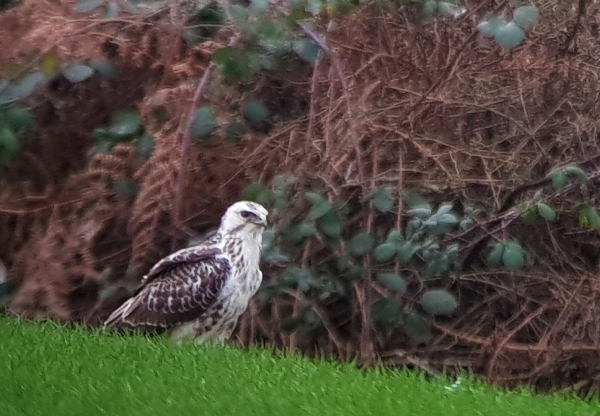 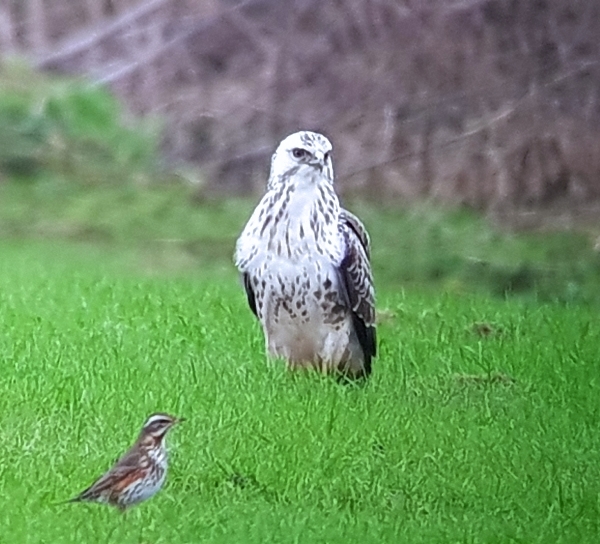 Redwing with the Buzzard