WEATHER: sunny and bright in the morning, cloudy with some sunshine later. No wind. Temp 5-8C

After yesterday’s blustery and very wet weather, when I never left the flat, we had a bright and calm start to the day, it did cloud over in the afternoon but it stayed windless and still. Dawn and I went for our regular exercise through the village in the morning sunshine and I had a bit of a garden watch just before lunch. I noticed that the local pair of Common Buzzards were spending more time around the nest and today they were making strange courting calls to one another, I thought at one stage that they going to mate, but if they did it was so quick I missed it. 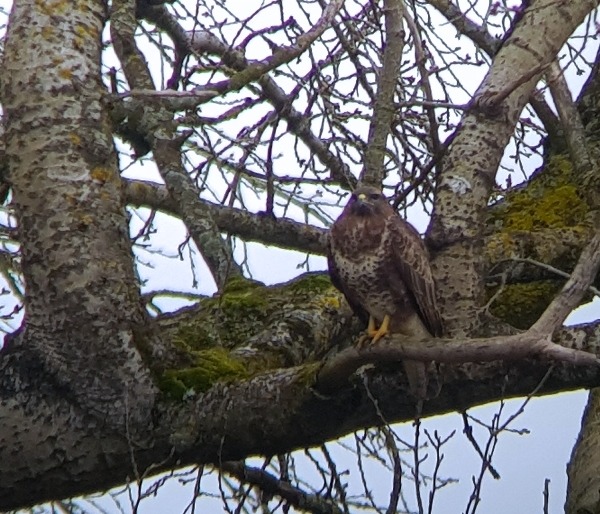 one of my local Buzzards sitting near the nest, phone-scoped from my garden

it just before 2pm when we set off for our birdy exercise walk we headed out to Barwick House and Parkland and then up through the fields to Yeovil Country Park called Nine Springs. During the first part of the walk we saw a flock of around 70 Redwings with just a couple of Fieldfares, also a couple of Pied Wagtails and a single Meadow Pipit. The lake at Barwick House held the usual pair of Mute Swans, with Mallards, Moorhens and I counted 7 of the usual nine Little Grebes.

the parkland and fields above Barwick House

Walking up through the fields above Barwick House were heard a Great Spotted Woodpecker drumming, a Common Buzzard wheeled over the park and a large flock of ever-present Jackdaws flew noisily around. 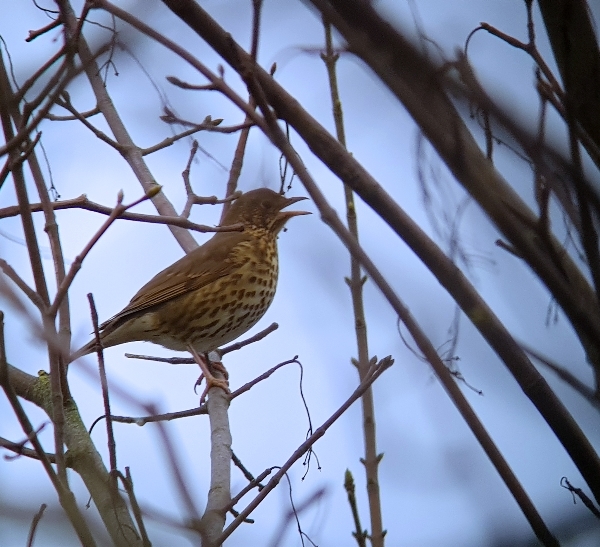 Once we got to the ridge above Nine Springs we started hearing bird-song, at least four Song Thrushes were in full song it was lovely to hear. Robins joined in and Great Tits also called, a second Great Spotted Woodpecker was also drumming.

one of the pools in Nine Springs

As we walked along the well trodden paths along the ‘Springs’ we came to the spot where a Firecrest has been seen since Christmas week. I spotted three Goldcrests and the FIRECREST, which showed briefly. We then had excellent views of the local Kingfisher, which allows very close approach. 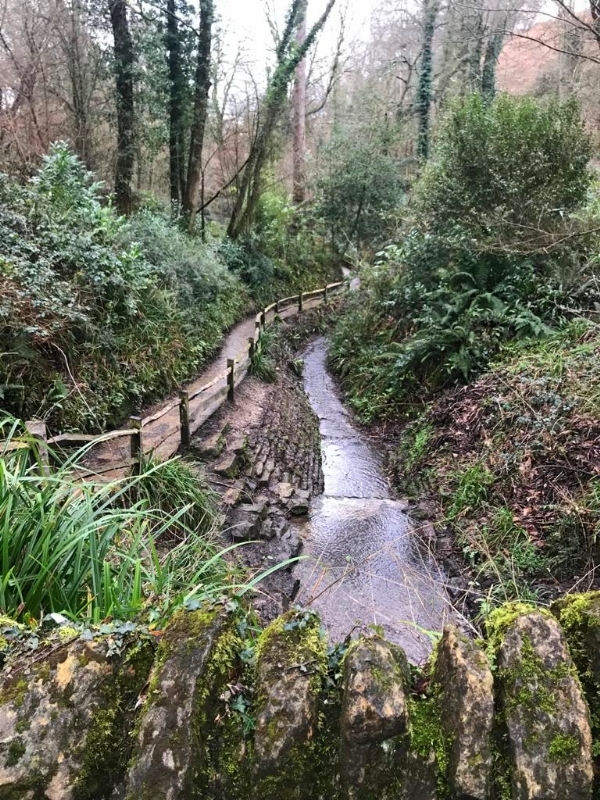 Dawn's pictures of the Springs 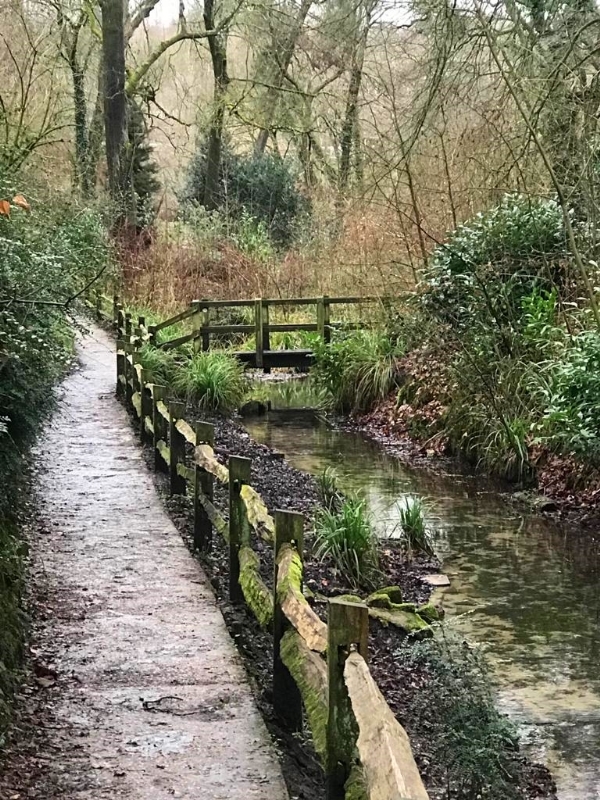 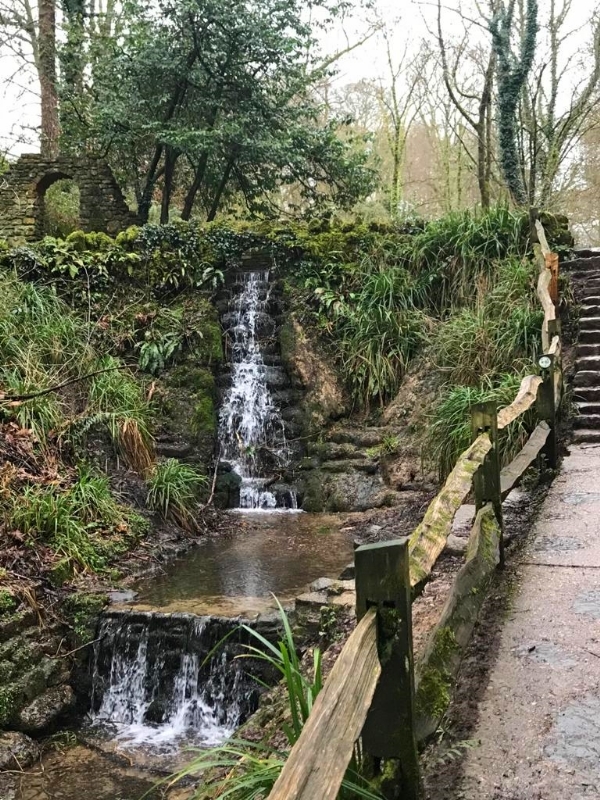 At the main pool, which is exactly 2 miles from our flat on foot, we searched for the wintering Garganey without luck, but we had great views of the Mandarin Duck flock, the males are looking superb at the moment. Other birds on the pool include: Moorhens, Little Grebes, Mallards and around the margins we searched for water Rail but it was far too busy with walkers for one to appear. 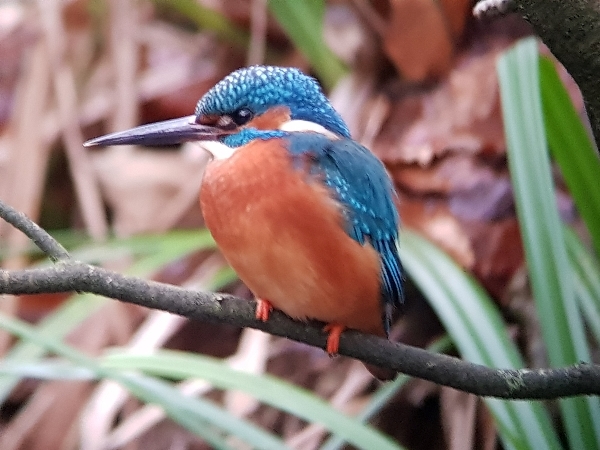 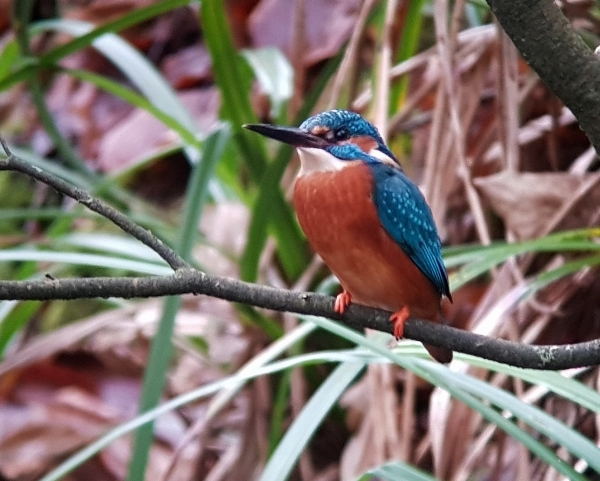 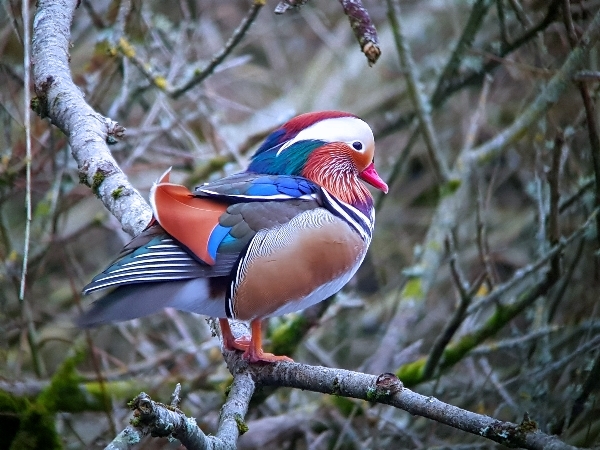 male Mandarins do not look real! 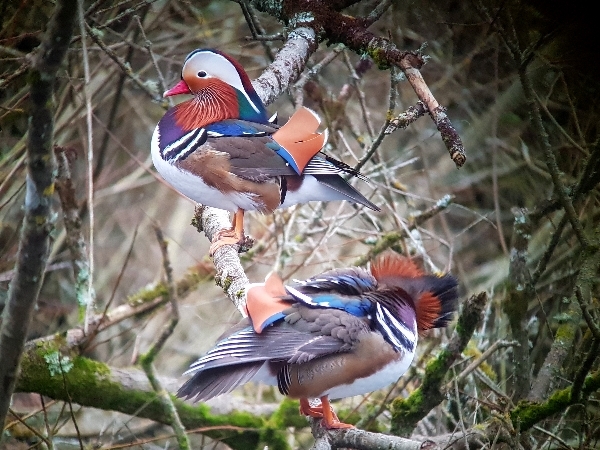 We walked back via Summer Hill, up through some woodland and down a path to the east of Barwick House, birds of note include a close encounter with a female Bullfinch and a much bigger flock of Redwings, they tend to gather in the tall ash trees before flying off to roost. We estimated the flock was over 100 strong.