WEATHER: after a light peppering of snow we had a lovely still, bright morning. Cloudy later. Temp 1-3C

Finally I nabbed my 80th Species of the year, long overdue but now in the bag,

Once again I was on my own for this morning’s walk, Dawn has not fully recovered from her stomach upset, so you will have put with my photographs again today. I left home at 9am and walked across to Barwick House, I stopped to watch Redwings and a few common garden species along the way. 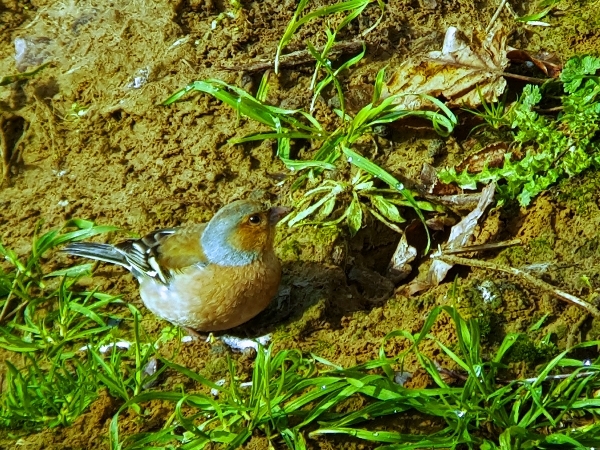 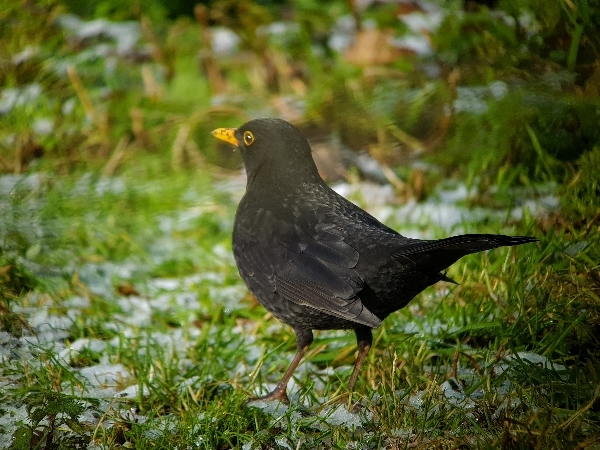 It was very slippery underfoot after the overnight snow and ice. I got a few pictures of the thrushes before I moved on to Barwick House. A quick scan of the Lake produced all the usual suspects, Mute Swan, Mallards, Moorhens and Little Grebes. 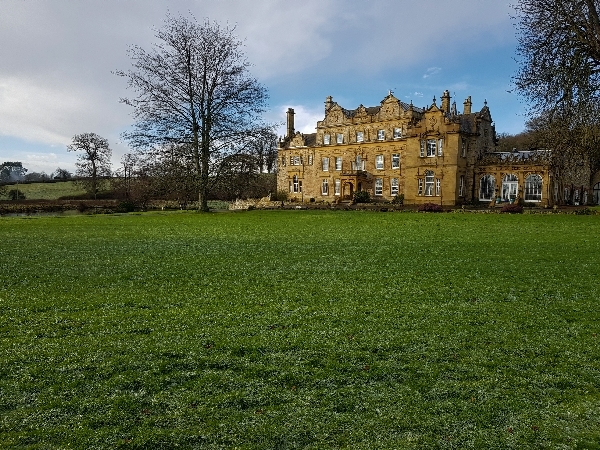 Barwick House with the lake to the left

I walked up through the top fields of Barwick Park and crossed a lane into Yeovil Country Park, Nines Springs. Crossing a grass meadow before descending into the woodland at the top of the system of springs and pools. I must say it was glorious weather and consequently brought out a lot of family parties, I did my best to steer clear of them. 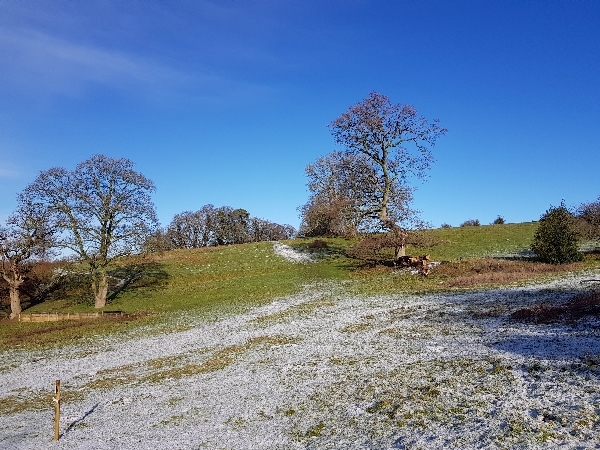 the slopes above Nine Springs

The largest pool at the bottom of the 'springs' held the most species with the highest numbers of Mallards, many Mandarin Ducks, Moorhens, a pair of Little Grebes and a number of both Herring and Black-headed Gulls. I had be told that my 80th species was waiting for me in this pool and after several minutes of searching the bird was there. 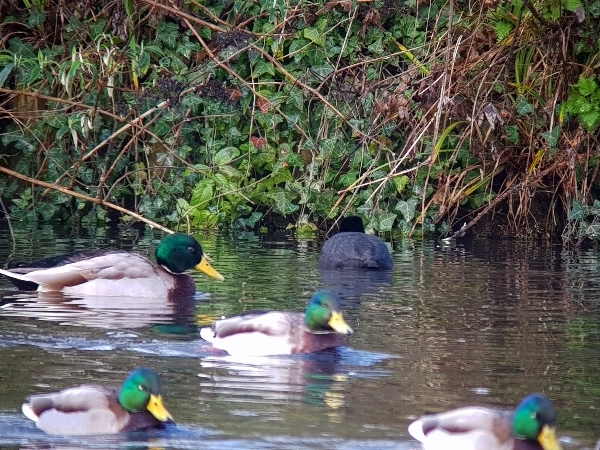 the male Mallards are looking good just now but what is that black bird behind them??

To you, a Coot maybe the commonest species on your local lake but unfortunately it is not found in the Yeovil area in good numbers and most of the time there are none at all. This individual has been seen a few time since Christmas and today it swam onto my Year List, 80 at last, my January target number now reached!! 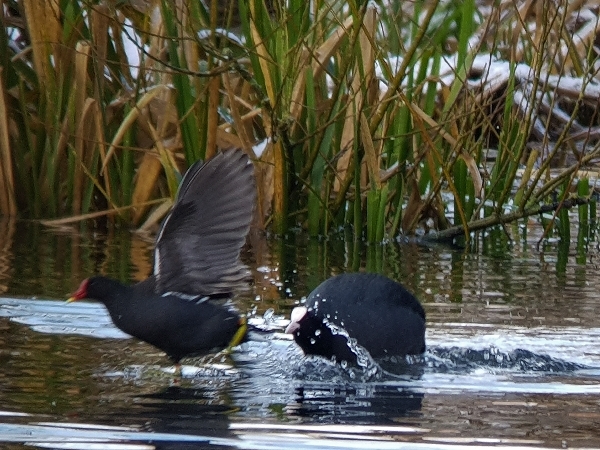 OMG! A Coot my 80th for the year! Aggressive little blighter too!

I can’t say that I saw too many species on the way back but one species especially pleased me and that was a Raven, my first sighting since a local hunt-day about 10 days ago. I had feared for the Raven, but it seems they are still around, alive and kicking. 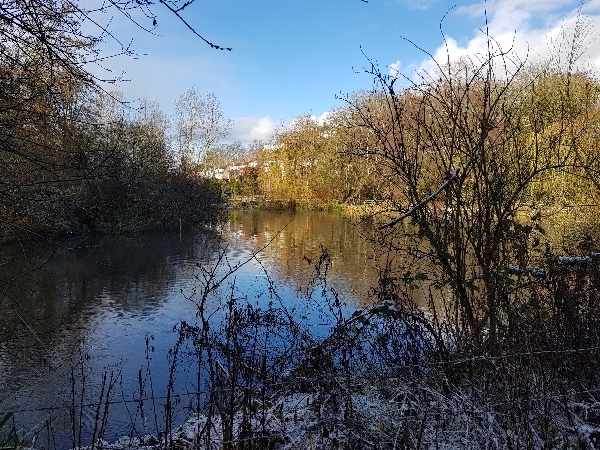 the large pool at Nine Springs where the Coot was found 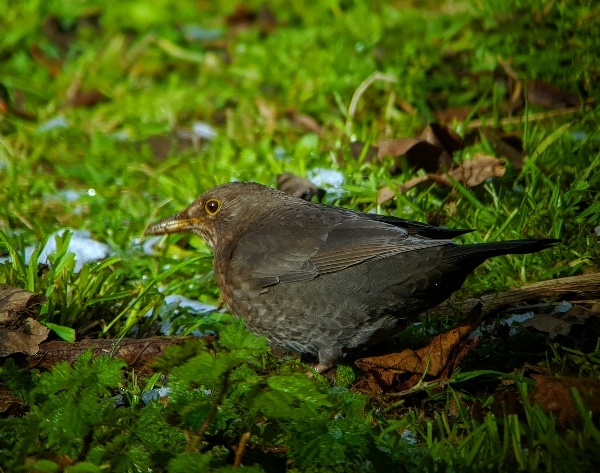