It was a dull morning but there was a few brighter spells, no sunshine and no wind to speak of. Before we set off for our walk I spent some time watching the feeders with sightings of Great Spotted Woodpecker, Blue and Great Tits, Long-tailed Tit, Goldfinch, Chaffinch, Robin, Blackbird and Dunnock. A small group of House Sparrows was nice to see in the hedgerow also Common Buzzard near its nest and a huge flock of Redwings flew over the meadow, I estimated there to be over 200 Birds in the flock. 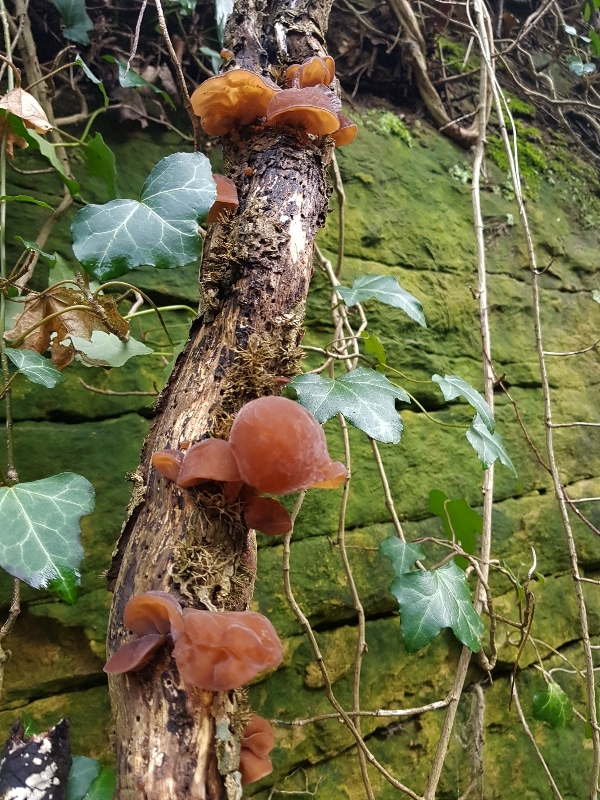 Some fungi growing along the side of the road in Barwick

Dawn and I set off around 9:30 and headed along the lane into Barwick Village we made some interesting sightings along the lane. A Chiffchaff was probably our best sighting, but we also saw Long-tailed Tit, Redwings, Song Thrush, Common Buzzard and many common garden species. Once we got into Pavyotts Lane I 'scoped the usual cow fields for Lapwings and Golden Plovers, of which there were 252 of the former and an estimate of 200+ of the latter. 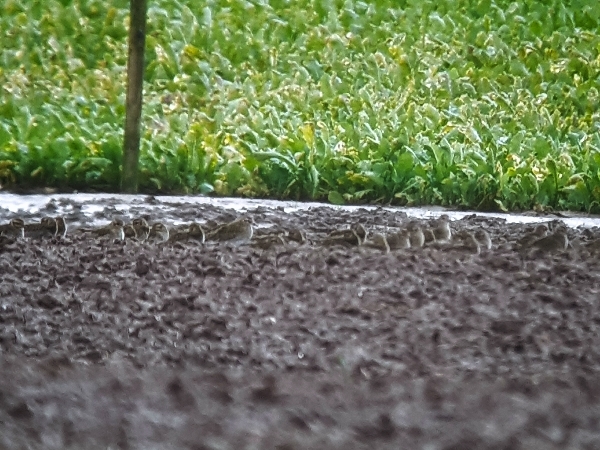 the Golden Plover flock - they were hunkered down and many of them hidden below a ridge.

Also in the cow fields we searched through a flock of Chaffinches in the hope of there being a Brambling with them, but without luck. Close by a flock of L:innets were hopping about on the mud and taking a bath in the puddles, a group of four Skylarks dropped into the field and we also noted several Pied Wagtails, a few Meadow Pipits and a flock of Starlings. Herring and Black-headed Gulls we feeding on the far side of the field and several Wood Pigeons were near them.. 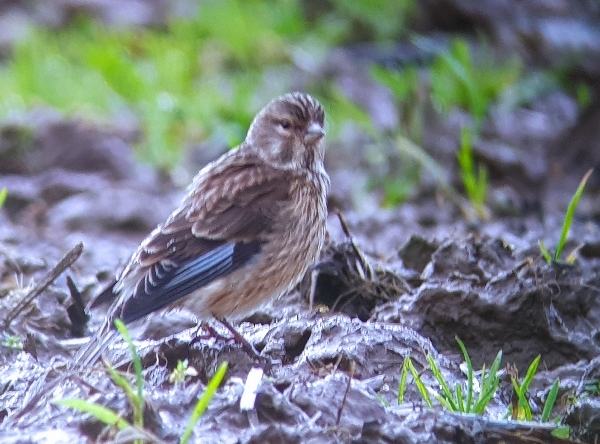 The large potato field (the field was large not the potatoes) was surprisingly quiet, mute potatoes?? most of the field been ploughed and the spuds harvested, so we searched the tall hedgerows for buntings and finches but saw very little. Next we walked to the maize stubble field which is found a little further along the lane. The maize field was also very quiet, we did see a few Redwings, a Song Thrush (with a second one singing in the trees), lots of Magpies, a few Crows and a pair of Ravens flew over us. 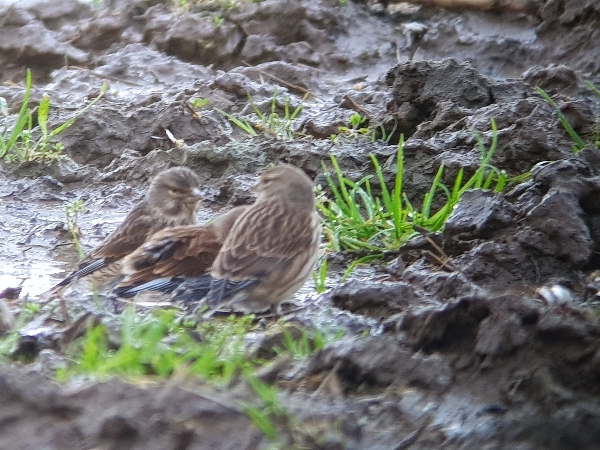 We circumnavigated the field, Dawn called out a Sparrowhawk which flew from behind us, it headed across the field and out of sight very quickly. A few more Redwings appeared but only about a dozen and apart from a few Blue Tits, Robins, a Wren and some Dunnocks we didn’t see much else all the way back home.

As usual I watched the garden feeders, I have put out more cut-apples to try to attract a Blackcap but it doesn’t look too hopeful. My year list is stuck at 80 and with travel restrictions in place I cannot see it increasing any time soon, all these birds have been seen within 3 miles of my house and within walking distance (although I did drive the 3 miles to Sutton Bingham on the 6th of January), I haven’t used the car since then.