The bright start to the day encouraged Dawn and I to don our walking clothing and prepare for a long walk. However, just as we about to set off a huge dark cloud system came over and it poured down with rain, this delayed our walk for nearly an hour, we eventually set off at 9:45am.

Fully kitted out in wet-weather gear we walked to Barwick House, noting Jackdaws, Rooks, Buzzards and Redwings in the fields and Song Thrushes in full song in nthe trees. At Barwick we watched the lake for a while, the Little Grebes were very active with lots of ‘trilling’ going on, we also saw Moorhens, Mute Swans and Mallards. The sky completely cleared and we had bright sunshine for the rest of walk, we were both over-dressed now!! 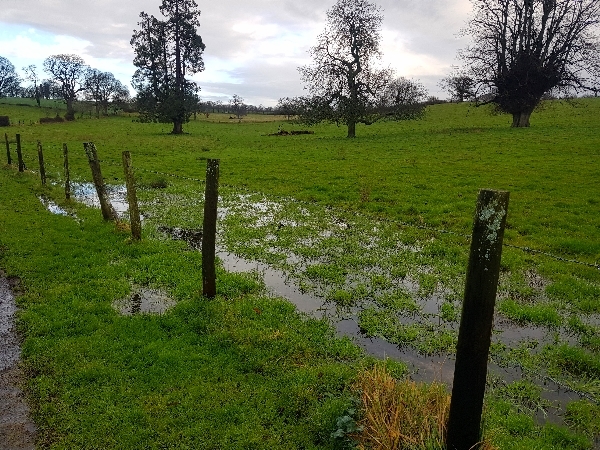 part of the parkland at Barwick House

As we walked through the meadow above Barwick House we stopped to watch a Common Pheasant which allowed very close approach, in the distance we could see four Roe Deer feeding in another field. As we walked up through the meadow a bird flew from the direction of the Roe Deer, I could see it was a wader type bird and as it got closer I realised that it was a WOODCOCK!!!  It flew right across the front of us and landed in the woodland behind Barwick House, wow!! A year tick, number 81 and in full daylight, it was a superb sighting and was probably flushed by the Roe Deer. 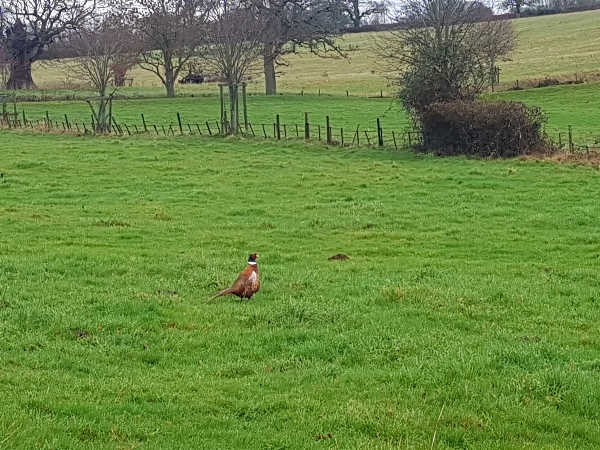 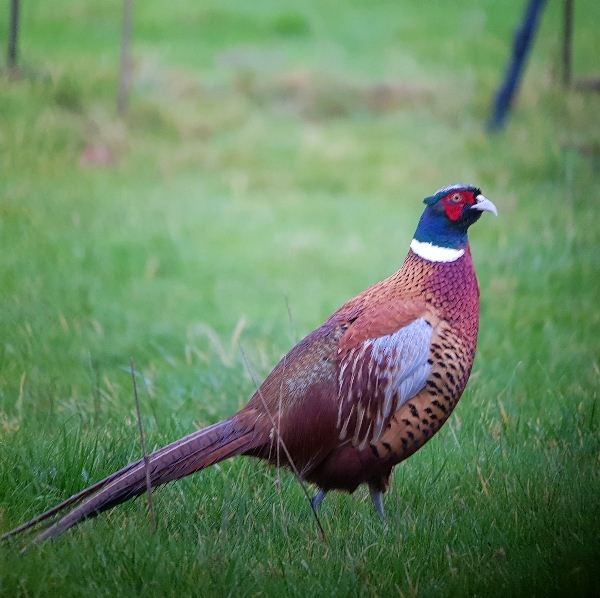 a closer view of the Pheasant 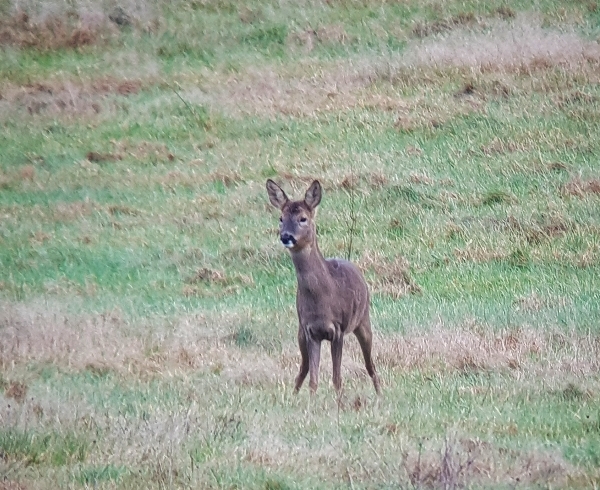 one of the four Roe Deer

We walked up to Yeovil Nine Springs and spent some time near the series of pools and water cascades looking for the Firecrest that had been wintering there. The Firecrest did not show up but we did see Goldcrests, Long-tailed Tits, Blue Tits, Great Tits, Robins, Wrens, Dunnocks, Blackbirds and Wood Pigeons. 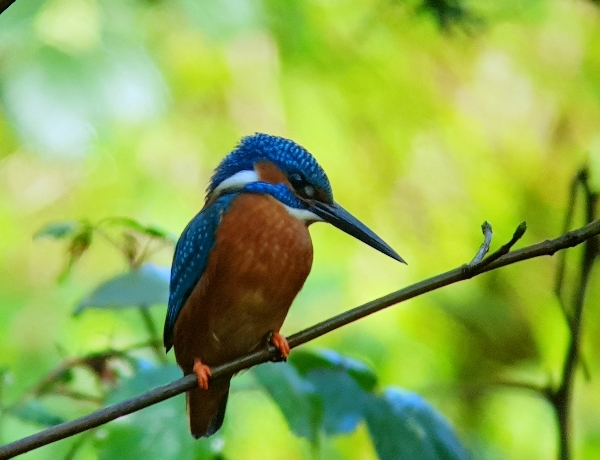 We then spotted one of the resident Kingfishers and you are sure to get a picture of these obliging birds, they have no fear of you and will pose for your camera. 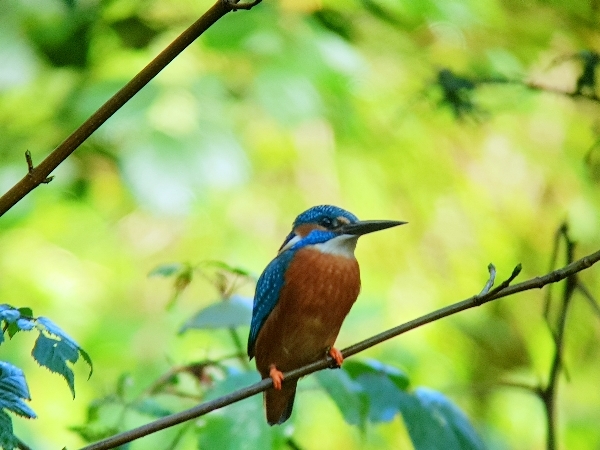 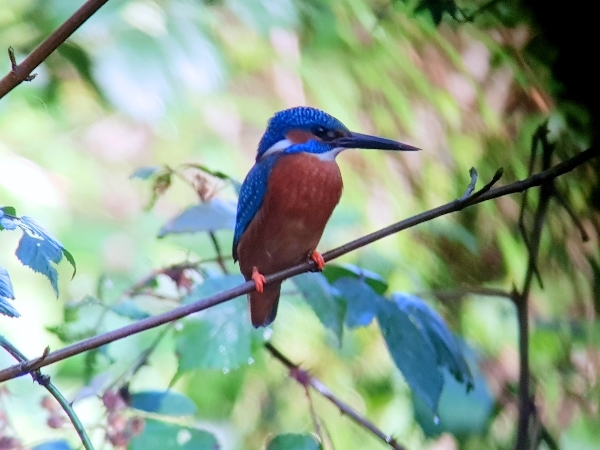 At the main pool we added another month-tick when a Mandarin Duck swam with the Mallards and also present was Little Grebe, Mallard, Mute Swans and Moorhen. We searched the trees for Siskins or Redpolls but none were present. 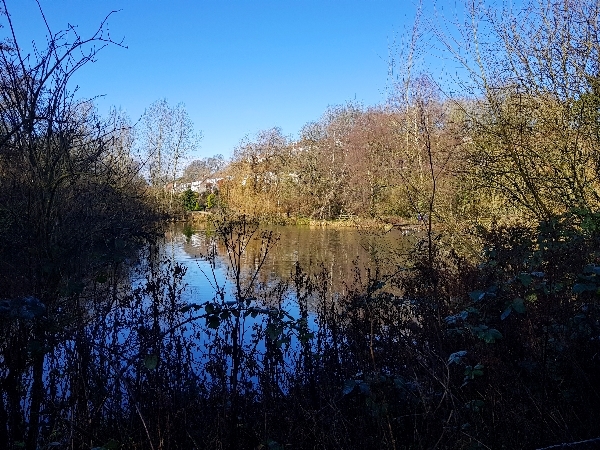 the main Pool at Ninesprings - this whole area was cordoned off yesterday because the body of a woman was found floating around.

We took another track to get back to Stoford, this pathway took us over Summer Hill and through a narrow woodland that runs parallel to the main road that connects Yeovil to Stoford. In the woods we located a Nuthatch which was calling loudly, it was another month-tick, a pair of Ravens flew over also calling loudly. The rest of walk was unremarkable with no special sightings, we had walked 4 miles, it was lunchtime as we approached home and we could see a bank of cloud heading our way. Rain kept us home for the rest of the day.