As usual I sat on our garden bench for a while before Dawn emerged from the comfort of our warm lounge, I saw the usual crowd at the feeders but suddenly a lot of alarm calls went up nearby as a Peregrine flew over and headed northwards towards Yeovil. It caused a lot of commotion in the trees in the meadow, then, in the distance a huge number of Wood Pigeons, Jackdaws, Rooks and Crows took to the air, a mass of swirling birds numbering in their hundreds appeared on the skyline. The Peregrine was number 60 on the February list.

Dawn and I took a nice but cold walk through Stoford and up to the main A37 Dorchester road.  This top road into Stoford sits on a ridge which gave us good views of the surrounding countryside looking northward. We could see across to Pavyotts Lane and down to Barwick Village, if I had had my scope I could have scanned for Lapwings and Golden Plovers in the distant cow fields. 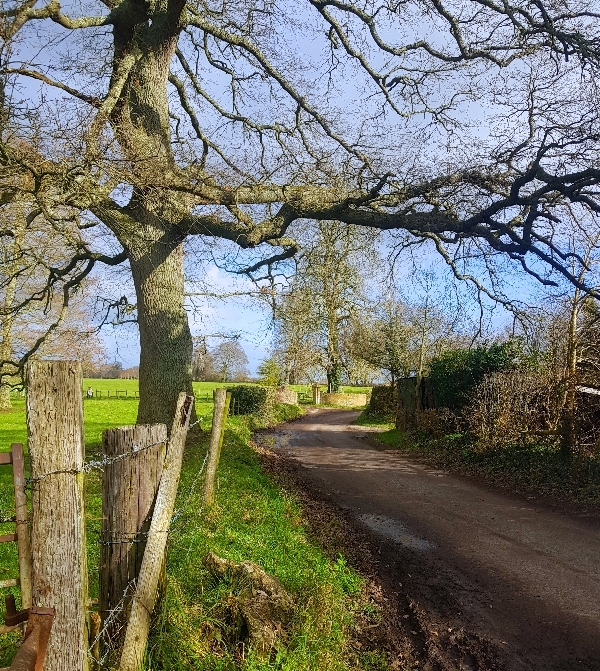 We then turned around and walked down into Barwick village and along Rexe's Hollow Lane to lower Stoford where we live. Our walk lasted an hour or so and we covered just under 3 miles, nothing of great note appeared, the usual fayre of garden birds with Herring Gulls almost a daily feature on some rooves and on the ploughed or cropped fields. We got home in time for lunch and it wasn’t until 2pm that I ventured out again, this time alone and with my scope. 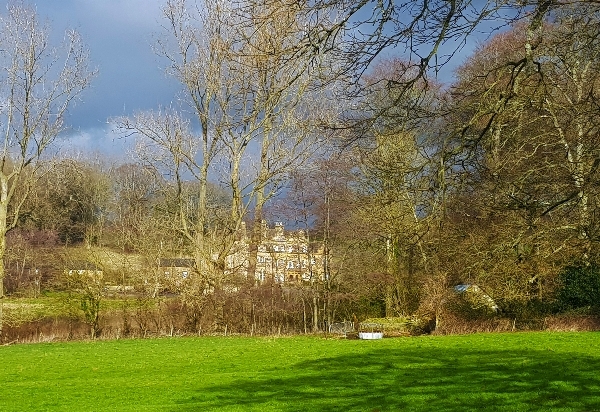 The wind direction was north-easterly so I decided that the walk to Clifton Maybank would provide the most shelter from the wind as the path takes you along a mature and thick hedgerow that runs west to east. As I walked up from the railway station, I entered the large grass meadow where a small number of thrushes were feeding and I saw a Common Kestrel fly up to perch on the nearest telegraph pole, it didn’t stay long and flew down into the grass over a small ridge. I saw the bird again fly up to perch in a middle-distant tree, the light was quite bad but I took a few record shots for this blog. 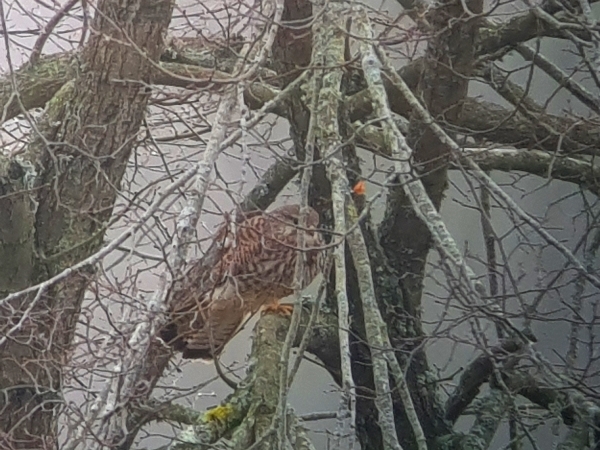 This Kestrel was number 61 on the Feb. list. It is a female bird that has been around the area since the autumn and one that I thought had deserted us recently, let’s hope a male turns up and they stay to breed. 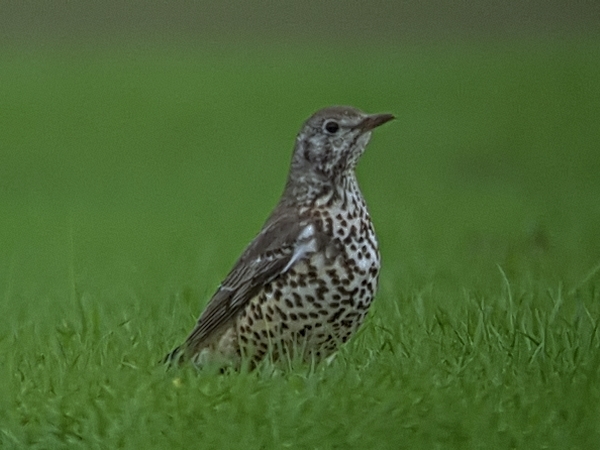 Mistle Thrush in the meadow

In the meadow there was no Buzzards on the grass and only 29 Redwings, 3 Mistle Thrushes and one Blackbird, a few Herring Gulls could be seen in a stubble field over by Cowpool Farm. 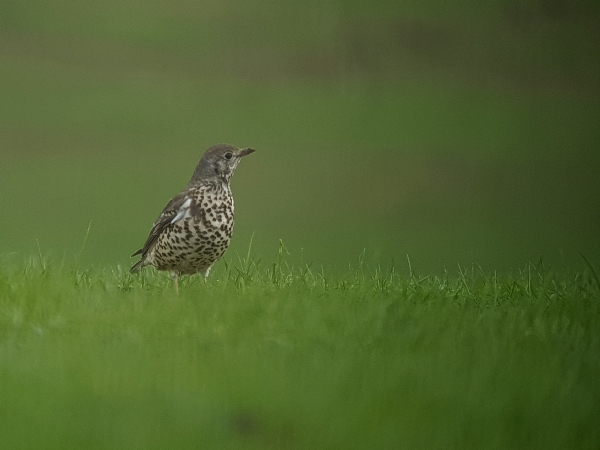 From the grass meadow I crossed a stile and entered the grounds of Clifton Maybank and halfway across the grounds of Clifton House I stopped to set up the scope. I scanned the distant fields behind Broadclose Farm and found 10 Little Egret, a small flock of Stove Doves, Collared Doves on the power lines and a large group of very distant gulls.

My hands got very cold (no gloves) so I turned back and walked home, the thrushes were still feeding on worms in the grass and I saw 5 Common Buzzards, none of which were on the ground. I got home at 4pm by which time it had got quite windy and very cold.