It was great to see a clear blue sky this morning, a powdering of snow had fallen overnight and it was very cold and fresh outside. Dawn and I set off at 9am for a long walk, we intended to use up the good weather as much as we could. Our walk today was across to Bradford Abbas and then onto the track that takes you to the next village eastward which is Sherborne.

The ground was frozen and so as we walked over the large grass meadow at Stoford I couldn’t see a single thrush or buzzard feeding in the grass, the only Redwings we did see on this part of the journey were feeding in the leaf litter under the trees by the stream.

We walked to Clifton House and through part of their lovely grounds, then through two grass meadows into Bradford Abbas. On the side of the road a large puddle had been splashed into the hedgerow by passing cars, this had frozen overnight and formed a wonderful icicle grotto in the bushes. The path through the two meadows took us close to the river Yeo, we saw many birds along this stretch of the route. 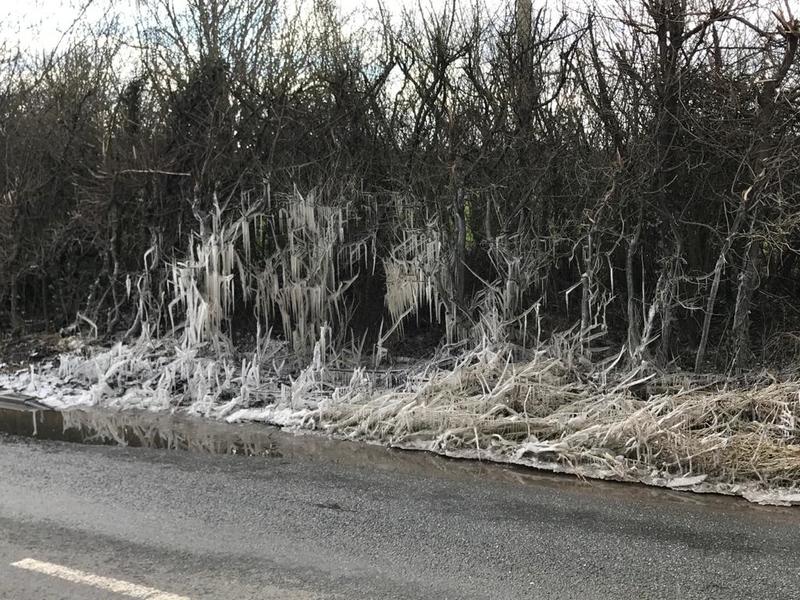 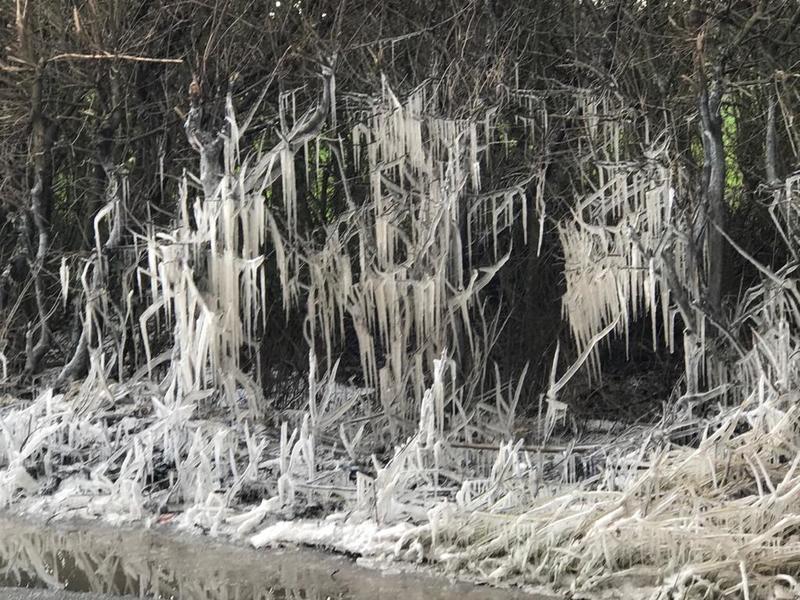 Green Woodpeckers were heard before we actually saw one of them, a Grey Wagtail was nice to see on the river and in the bushes and alder trees we saw Siskin, Long-tailed Tits, Blue & Great Tits and a Great Spotted Woodpecker called. The usual Cormorant was not in its favourite perch, but we did see it flying over a little later on.

The church of Bradford Abbas village is 1.8 miles from our home, we walked past it after 40 minutes and continued to the Sherborne road on the eastern side of the village. At the railway line we turned onto a wide track which follows the railway track eastward towards Sherborne. The first field on our right was in the process of being ploughed, it was covered in thrushes, Redwings and Fieldfares, there was also a small number of Skylarks which was number 63 for the month. 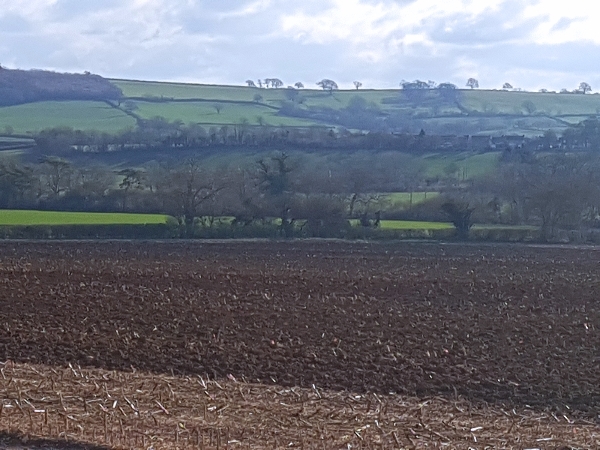 A little further along the track I looked over the railway track and saw a RED KITE drifting over the stubble fields, amazing, not only was this a new species for February but it was also year tick No. 82. We watched this bird for a good 10 minutes, at one stage it dropped down behind a hedge and came up with some carrion, the local Crows did not think much of this and chased the Kite for quite a while. We saw the Kite eating the food on the wing. 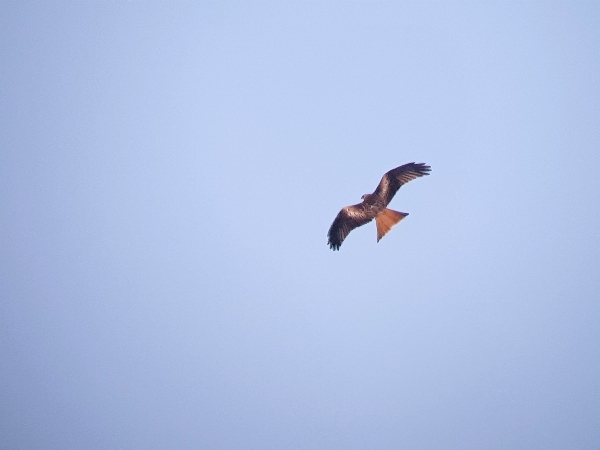 My 82nd Species of the year, all seen within 3 miles of my house, RED KITE

We walked on for another ½ mile but as we crossed yet another maize-stubble field we realised that the sun had warmed up the soil and now we had to contend with thick sticky mud, this deterred from going any further, so we turned around and headed back.

When we got back to the field being ploughed we noticed that many more birds were present, we saw a flock of Lapwings and a huge mixed flock of gulls. Ninety percent of the gulls were Black-headed with some Herring Gulls, I picked out a single Common Gull which was also a new bird for February, number 65. I searched through the BH Gulls for a Mediterranean Gull without success. 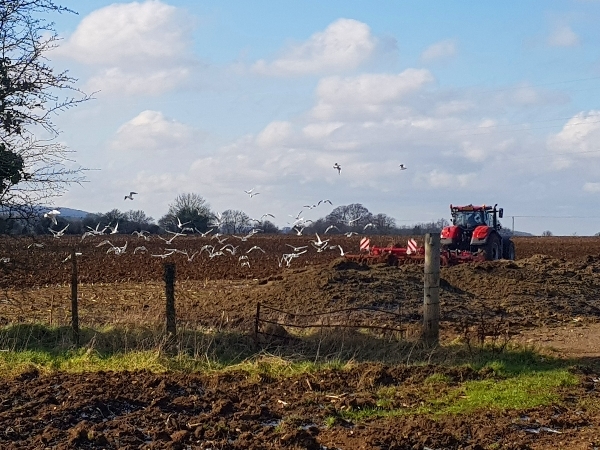 Returning to Clifton Maybank from Bradford Abbas produced no new sightings, we did stop to scan the fields around Broadclose Farm for Egrets but we never saw a single one. 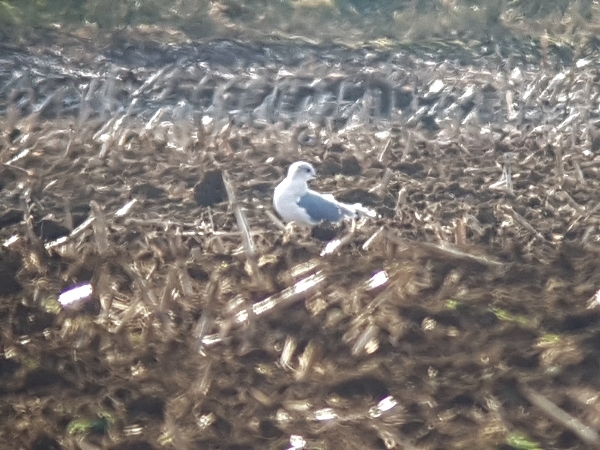 record shot of the Common Gull

In the grass meadow near Stoford the ground had thawed and now many Redwings with a couple of Mistle Thrushes and a couple of Common Buzzards were searching the ground for worms. We both felt really tired after our walk, we had covered 6 miles over rough terrain, we deserved a nice lunch followed by a hot drink and that is exactly what happened.

It clouded over after lunch so we stayed at home.