WEATHER: overcast all day with a few bright spells but very cold, strong south-east wind made it feel like -5C

It was very cold this morning, I nearly froze my socks off just filling up the bird feeders!! So I delayed my birding venture until after lunch. The feeders were very busy as you would expect we had the usual visitors including the male Pheasant and one new visitor, a Collared Dove. 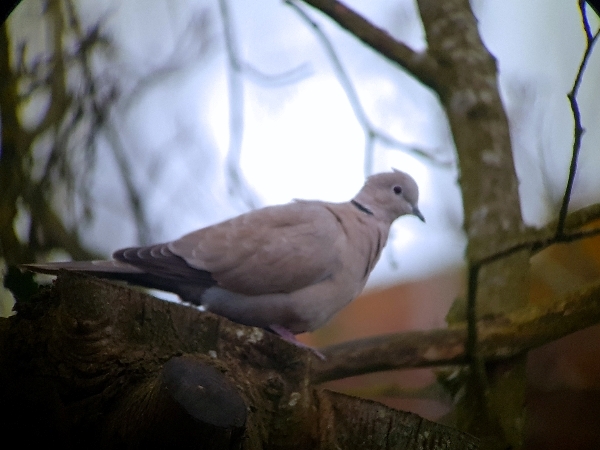 This Collared Dove was the first I’d seen in the garden for over a year, as I said before they are not a common species round our end of the village.

The increased number of Robins was also remarkable, I saw four in and around our garden and two of them within a few inches of each other, perhaps they are my local garden breeders from last year, it is unusual to see Robins so close without a fight developing. 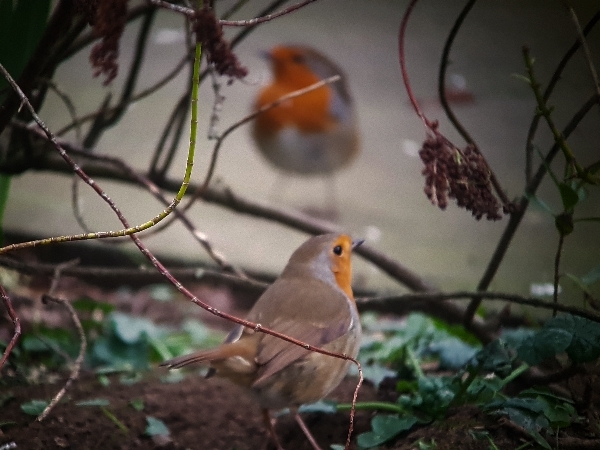 two Robins in close proximity usually means trouble unless they are a pair, these two got along just fine.

After a couple of light snow showers the sky brightened up around 2pm so I made the decision to go out. I walked to the lane and crossed the stream, then I turned south under the railway line and entered the riparian woodland. 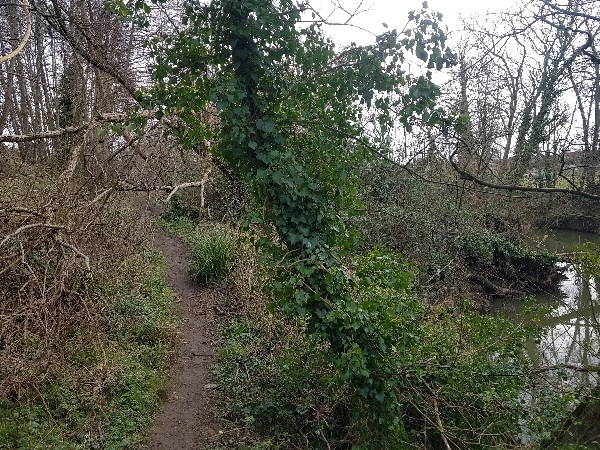 the track through the woodland next to the stream

A few Redwings and Blackbirds flitted about in the leaf litter and a good number of both Blue and Great Tits dashed about in the scrub, I truly admire those latter two hardy little species and how they survive these very cold spells. 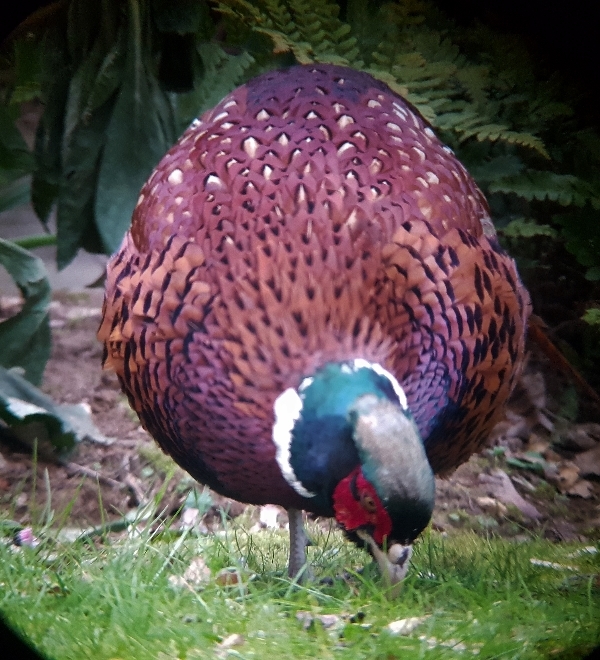 Pheasant in the garden

At the end of the wood I broke out into a set-aside meadow where a single buck Roe Deer was feeding, I snapped off a couple pictures before he trotted off back into the hedge, this fellow is a regular sighting for me. 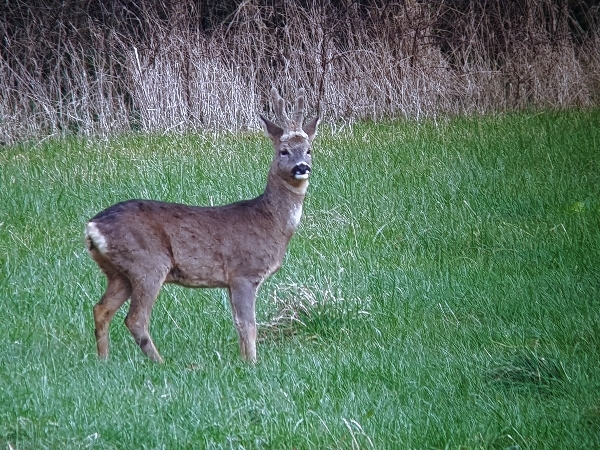 a buck Roe Deer, one I see regularly in this field

From where I stood I could see across to Cowpool Farm and more specifically the sheep field on the hill so I ‘scoped it and counted just 10 Lapwings, with over 50 Redwings and just 3 Fieldfares. In a stubble field just below the Lapwings a small number of Herring Gulls were crouched down to shelter from the biting cold wind. 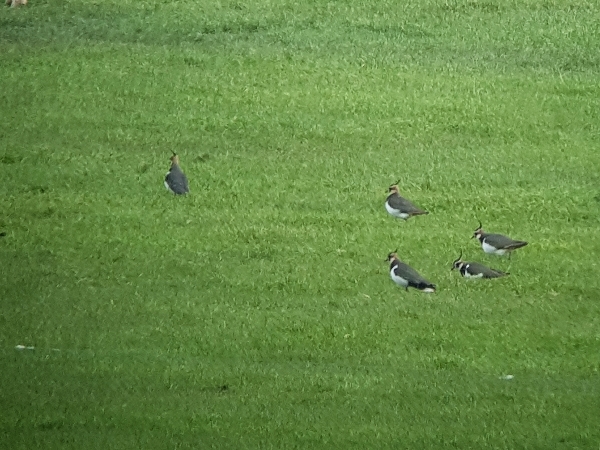 Lapwings at Cowpool Farm, there ws no sign of the European Golden Plover that was present yesterday

At that point I turned around and followed a path up to the large grass meadow where recent sightings have been good. Today it was almost barren, I saw 2 Mistle Thrushes, a single Fieldfare and a couple of Redwings. A Common Buzzard drifted over the field as I walked up the slope towards Clifton Maybank. 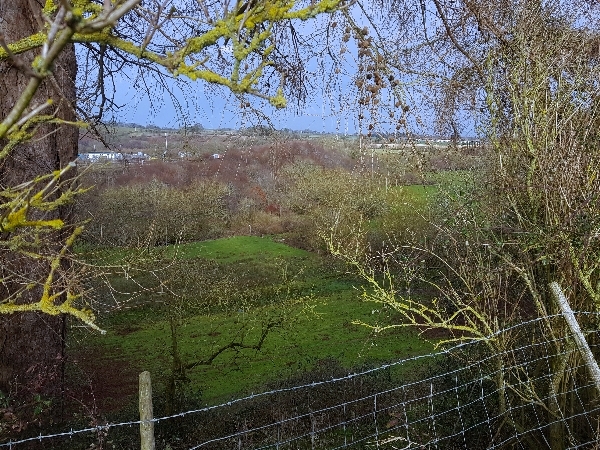 At the top of the large grass meadow I have a window that looks down over some flood meadows along the River Yeo towards Bradford Abbas, I often search for Snipe in the these meadows using the scope, I have yet to find one!!

The wind was right in my face as I climbed the stile and entered the grounds of Clifton Maybank House, my purpose was to scan the distant fields looking for Egrets. I got frozen on the spot, it was so cold I had to put on my gloves!! I never saw a single Egret but a couple of Black-headed Gulls flew over.

My walk back was uneventful until I reached the lane, a spotted a beautiful male Siskin feeding in the leaf litter, it was a stunning bird. I switched into 'stealth mode' and I guess you know the rest? The bird didn’t appreciate my creeping up on him and off he went before the phone was in place for a picture.

Once again it so good to get into the warmth of our home, rugby and football all afternoon and evening on the telly, how nice is that? (Dawn loves watching Rugby but hates football!!  and I am ambidextrous).