After the day-long  rain of yesterday, when I never set foot outside the flat, I was eager to get out today. Yesterday we ordered our Valentine’s Sunday lunch and Dawn drove to Bradford Abbas to collect it, that was followed by a Sticky Chocolate Pudding and then a nap on the sofa, it doesn’t get much better than that, I could get used to this ‘retirement’ business.

A much warmer day greeted us today, unfortunately I missed most of the morning as I never woke up until 9:30am, (10 hours sleep!!!) it was way after 10am before I ventured out.

When I eventually stepped outside I realised I was way over-dressed it felt quite mild and even warm when the sun came out, so I left my hat and gloves behind and set off to the Clifton Maybank track. I stopped to look at the stream from the lane, it was a raging torrent once more, with not a bird in sight. 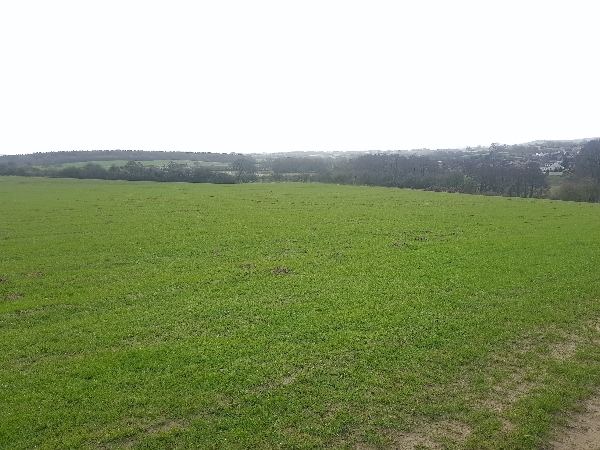 The large grass meadow was unexpectedly empty, not a bird in sight

I walked up the steep path and into the large grass meadow, looking back into the trees behind me I noticed that a pair of Magpies were attending their nest, spring must be in the air. Magpies make a large dome shaped nest of twigs, it has a canopy to prevent predation from crows and ravens and a side entrance hole. One of the birds was inside the dome making adjustments and rebuilding the nest, which is lined with grass and mud, magpies often use the same nest from previous years and just make repairs. They lay just one clutch of 5-8 eggs in April. 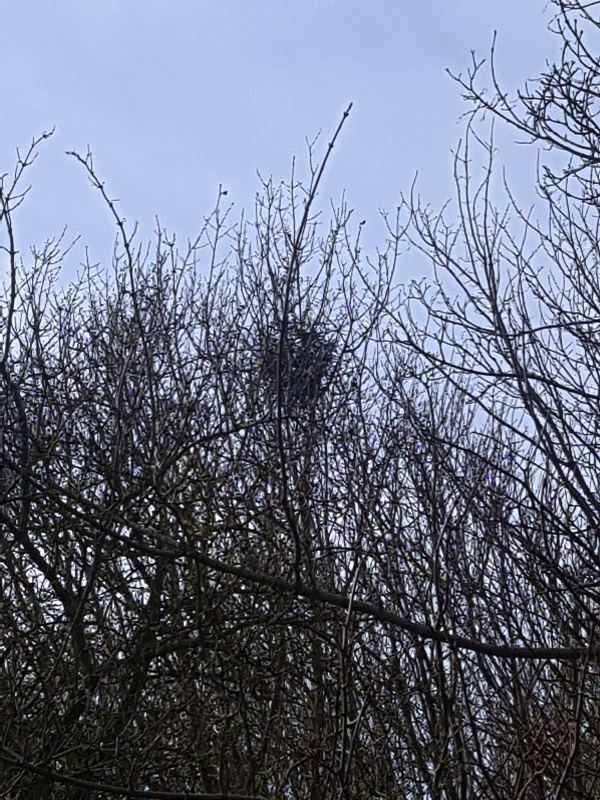 the domed nest of a Magpie 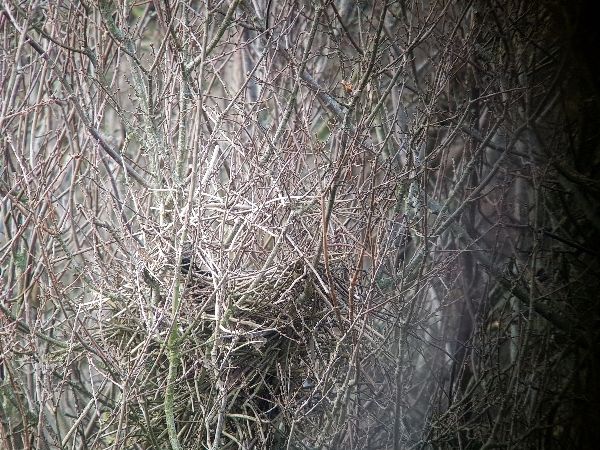 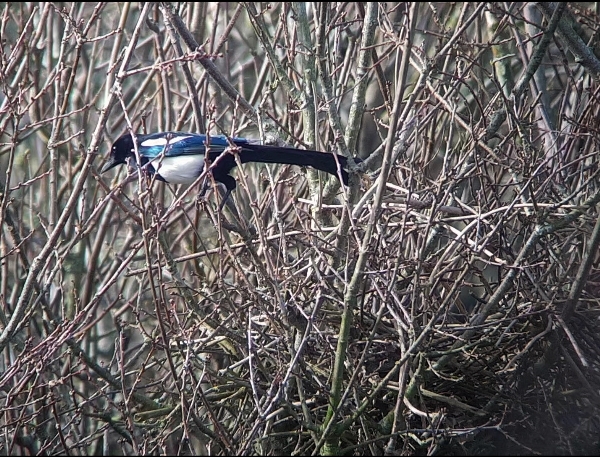 the bird leaves the nest, you can see the iridescence blue sheen on the wing feathers

After watching the Magpies for a while I walked up the meadow and crossed the stile into the grounds of Clifton Maybank House, once I got through the Hornbeam trees I had a clear view down to Clifton Maybank and Broadclose Farm. I set up the scope and scanned the distant fields for Egrets and whatever else I could find. 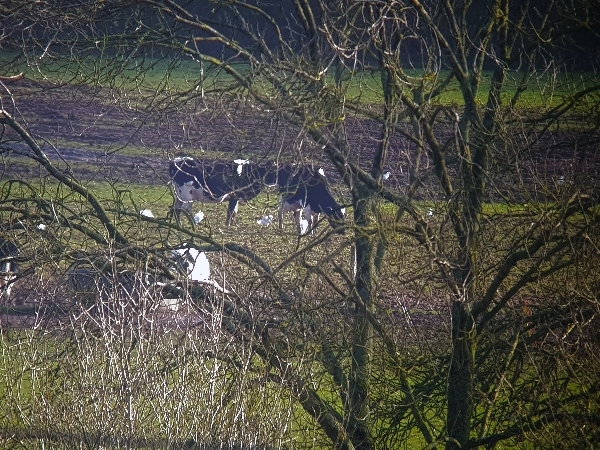 A large flock of Lapwings took to the wing behind the farm I estimated 100-150 birds, I snapped off a few pictures and later counted the dots, the most I had in one frame was 117, so my estimate was about right. 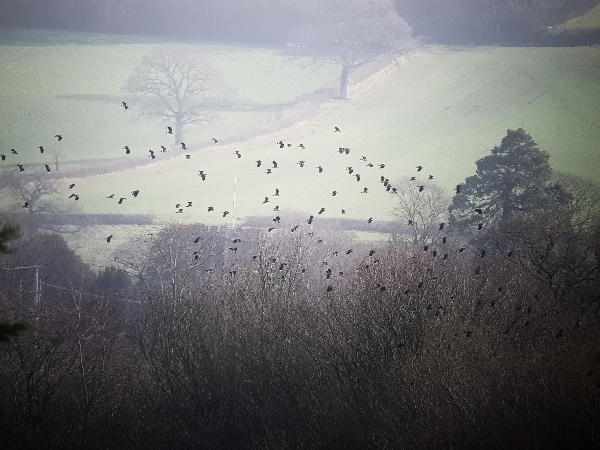 Amongst the cows in one of the fields I counted just 5 Little Egrets and quite a few Herring Gulls, I also spotted a Roe Deer in a very distant field and several Redwings were rummaging around in the leaf litter below the nearest Hornbeams. A Green Woodpecker made its loud ‘yaffle’ call a few times whilst I was there. 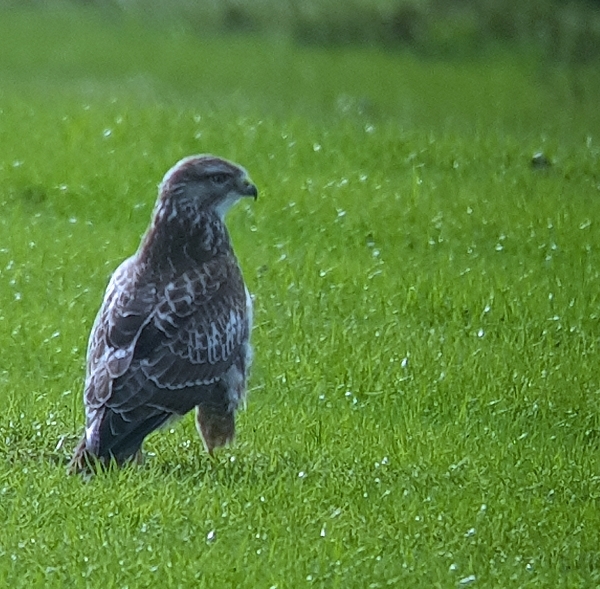 On the way back home there was a little bit of action in the grass meadow, a bunch of ‘worm-hunters’ had arrived! I counted five ferocious, worm-eating Common Buzzards, I saw them pounce on unsuspecting worms and eat them in one gulp! 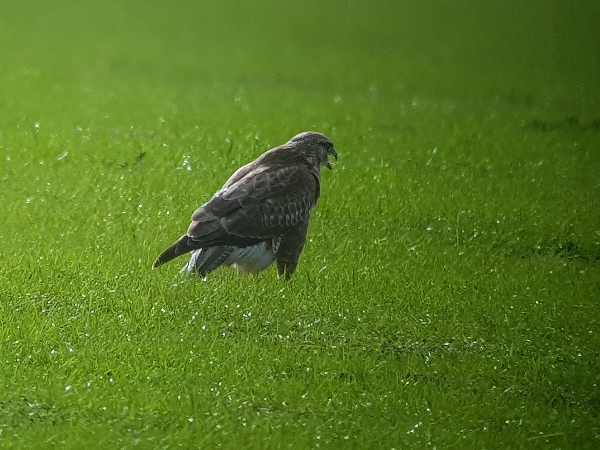 From the vantage point of the meadow I scoped the sheep field above Cowpool farm to look for more lawings without success and to the north I scanned over the railway line towards Yeovil to search the distant fields behind Yeo Valley, there I saw about 20 Red-legged Partridges but no Pheasants (I think the Pheasants have mostly been shot for sport).

My garden watch produced very little different from the usual visitors, Great Spotted Woodpeckers, Chaffinch & Goldfinches, Blue & Great Tit, Dunnock, Wren & Robin. A Couple of Jackdaws landed in one of the sycamore trees and a Wood Pigeon dropped on the lawn for a short while.