Not one, not two, but three new species for the February list and two of those were year ticks. All of them were seen at Sutton Bingham after I saw a posting on our local WhatsApp group at 9:30 this morning. I jumped into the car and drove the 2 miles to the causeway at the main part of the reservoir, I was the only person there. 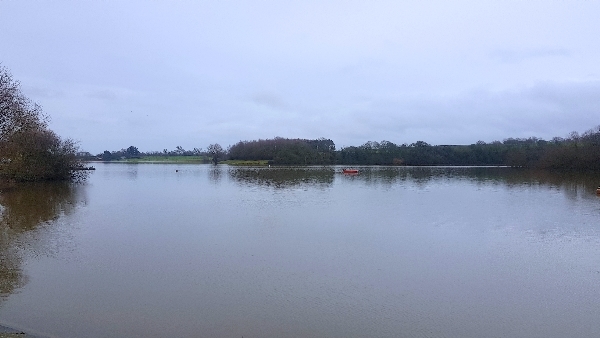 the reservoir seen from the causeway, the Pintail was at the farest point near the grass bank

I scoped the main body of water looking for a NORTHERN PINTAIL but failed to see it, but whilst scanning I picked up a GREAT BLACK-BACKED GULL sitting on a buoy. Fantastic, this was my first G BB Gull of the year, so I hadn’t wasted my journey after all. Further scanning produced sightings of Wigeon, Great Crested Grebe, Cormorant, Mallard, Moorhen, Black-headed, Herring and Lesser Black-backed Gulls. 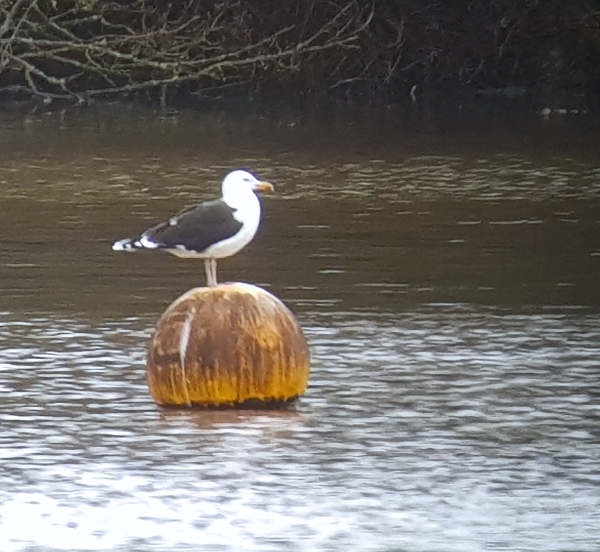 Just before I left and scanned the distant area of water near the dam just one more time and the PINTAIL was showing!! Shazam!!! Year tick number two in the bag, my phone-scope pictures are merely record shots but you can tell what species it is, hooray, 84 for the year. 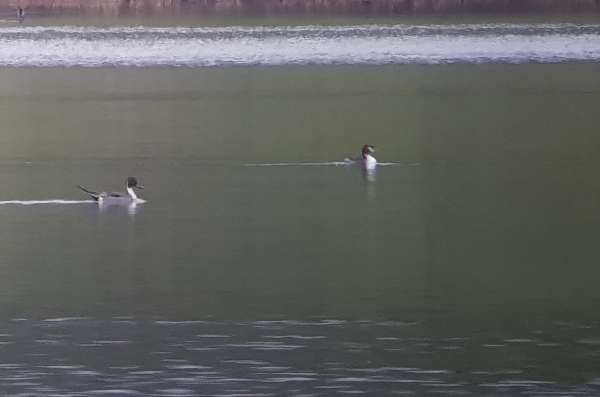 I drove to the southern tip of the reservoir, which is a further ¾ mile from the causeway, I parked by the side of the road and took a public footpath down to one of the 'supply streams' of the reservoir. The stream flows through a section of woodland and just beyond the wood there is a flood meadow with a lot of sedge growing in it. It is a great place to find Common Snipe and guess what? I saw at least 12 Snipe fly up as I approached the area, I also disturbed 9 Eurasian Teal, a Grey Heron and a pair of Mallards. Common Snipe is number 68 for February, I am 12 behind the January list and I don’t think they will be forthcoming, anytime soon. 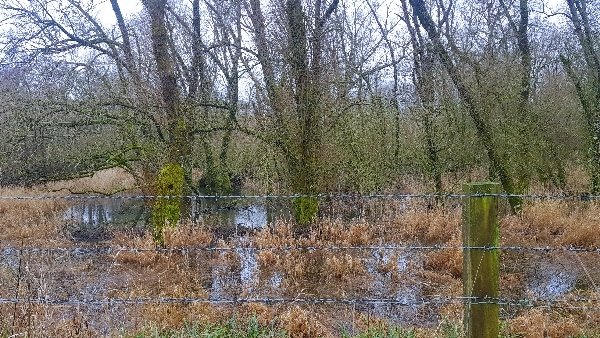 the flooded woodland at teh southern tip of the reservoir

This woodland is also a good place to look for Marsh Tit which is another species missing from my February list, but after searching for 30 minutes or so I never found any. I did see all the common woodland species and I heard Song Thrush, Dunnock, Great Tit and Robin singing, it really did feel like a spring morning, so mild.

Later in the morning during my exercise walk I added a few common birds to the day list, I noticed that the Collared Doves are pairing off and I heard more bird song than I have heard so far this year. The Pheasant visited the garden again and scoffed all the seed I put out for all of the other birds, I might have to get my gun out of the loft! (Oh, just realised I don’t have a loft………..or a gun for that matter).