Once again I had to wait for the inclement weather to pass before I stepped outside, we had heavy rain until just before 10am and that’s when I stepped out of the door. Today, I decided to walk into yeo valley after an absence of almost a week, I knew that a large herd of cattle had be introduced into the valley because we can see them from our lounge window. 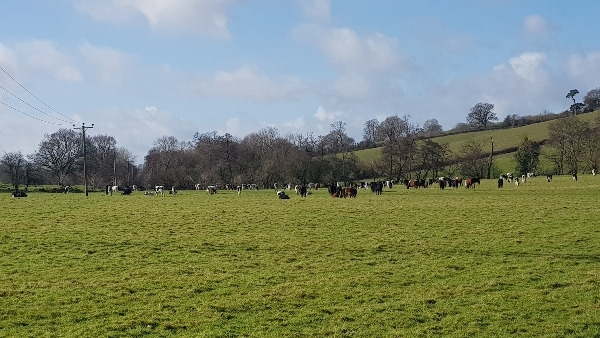 My new companions in the Valley

The first part of the walk along the entrance track to the valley was very muddy, a consequence of having over 100 cows present, however, a spin-off is that the ground is being disturbed which is good for plants, large cow pats deposit beneficial nitrogenous, organic material and the smells attract a good supple of flies and insect. I saw the benefit of the latter today with a good number of Pied Wagtails, a few Meadow Pipits and an increase in corvid presence, all of which were feeding around the cattle. 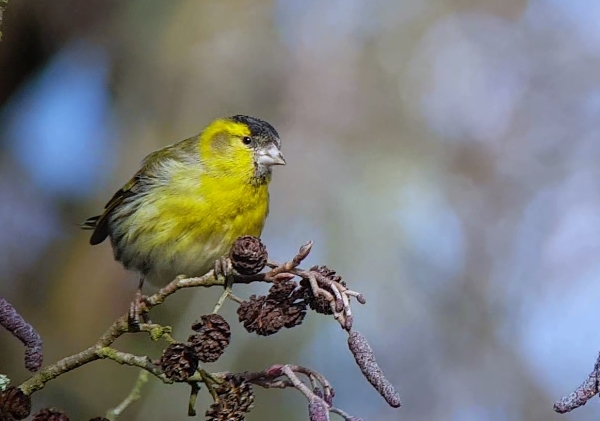 Most of my visit was spent watching Siskins! The first group was found along the row of alder trees quite near to the entrance, there was a flock of about 12 birds and they were feeding quite high up in the canopy. Although the light had improved somewhat the Siskins were just small silhouettes and no good for photography. I continued my walk noting Jackdaws, Rooks, Crows and a couple of Ravens, I also scoped the fields on the other side of the stream and saw Red-legged Partridges, a couple of Pheasants and above me a pair of very vociferous Buzzards circled over the valley. 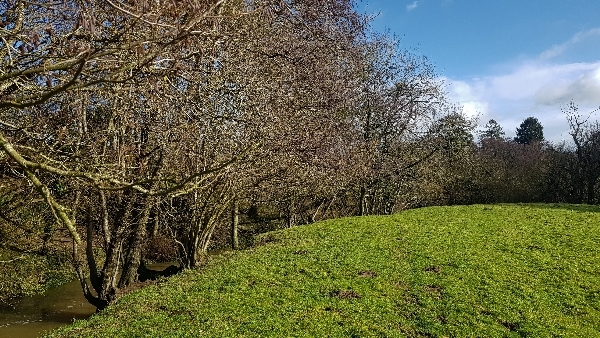 Alder trees along the stream, the Siskin were feeding in the lower branches at eye level

Further down the valley I bumped into a mixed flock of Long-tailed, Blue and Great Tits, I also noted a flock of Chaffinches, a fly-over Stock Dove and a few Redwings in the alder trees. I then met up with a much larger Siskin flock and to my great delight they were feeding at eye-level!! 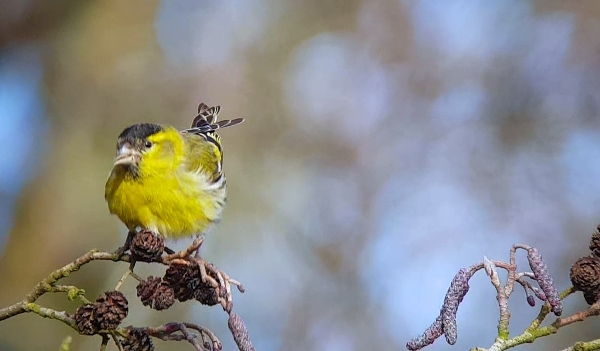 second shot of the male Siskin

I spent 30 minutes taking pictures and enjoying close views of the Siskins, it is always a hope that a Redpoll or two may be with the flock, alas today there were none. 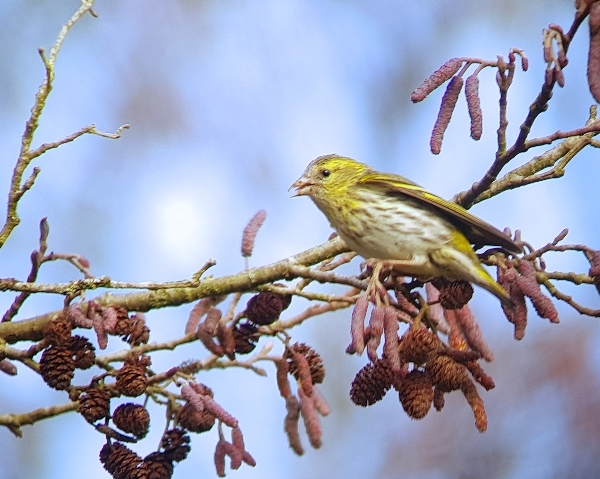 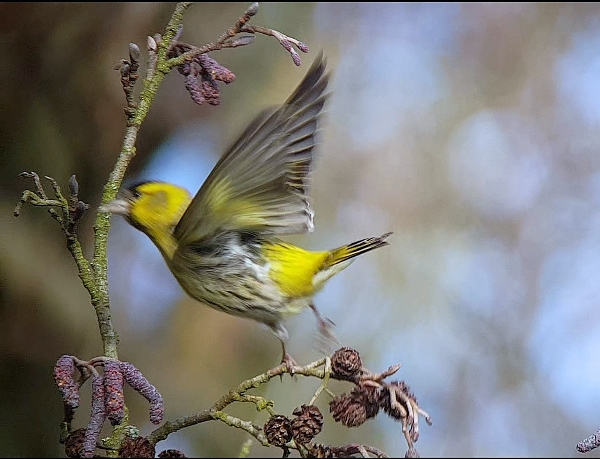 I followed the stream all the way down to the river Yeo where I stood at the confluence of the river and the stream and scanned the woodland on the slopes ahead of me. A male Bullfinch appeared briefly, a Song Thrush was singing from deep in the woods and a Great Spotted Woodpecker drummed away to my left.

As I walked back up the valley I noticed a collection (a parliament) of Magpies on the slopes of Rook’s Hill, there was eight of them in attendance, a few Herring Gulls flew over followed by a group of six Black-headed Gulls. As I approached the large herd of cows I counted 12 Pied Wagtails with 3 Meadow Pipits. 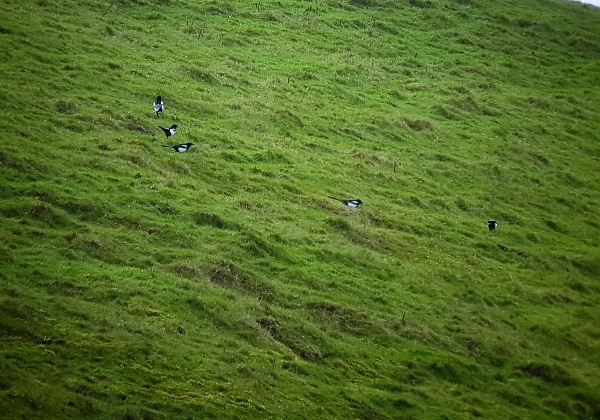 Near the derelict farm building I saw a Grey Wagtail fly over and land on the stream’s bank, I searched for it but it eluded me. Other species seen included at least 3 Wrens, Dunnocks, Robins and a Coal Tit, I am still worried about my Nuthatches, I haven’t seen them in the valley or in my garden since before Christmas!! 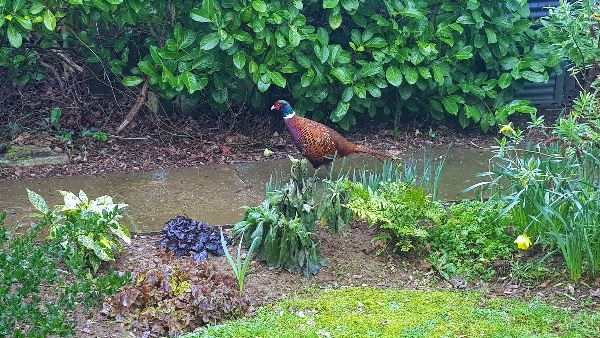 one of our daily garden visitors

During the afternoon Dawn and I went for a walk through both Stoford and Barwick Villages, I added Collared Dove, House Sparrow, Common Starling and Lapwing to the day list. We also popped into Barwick House grounds to look over the lake where we saw Little Grebe, Moorhen and a Sparrowhawk. Everytime I go out with Dawn we see a Sparrowhawk, but rarely do I see one on my own. We walked for an hour or so and the weather improved every step of the way, by late afternoon we had a clear blue sky and I was expecting to see my first butterfly of the year, but none appeared.