WEATHER; heavy cloud cover, rain for most of the day, some dry spells. Temp 10C

After two miserable days of almost constant rain it was a little drier today, but not much! Dawn and I set out at 10am after the rain eased off and the sky became a little lighter. We set off heading for Pavyotts Lane but first we walked to Barwick House Lake to see if more waterbirds had arrived. 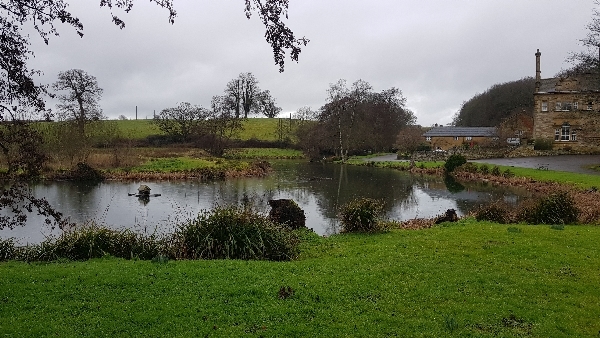 We almost turned back twice because the rain returned and threatened to drench us, however after a bit of deliberation we decided to continue and not long afterwards the rain eased off again. Walking up alongside a couple of small horse paddock we saw the usual Green Woodpecker and a few Redwings, plenty of birds were singing in the rain, mainly Song Thrushes and Robins, but also Dunnock and Great Tits. 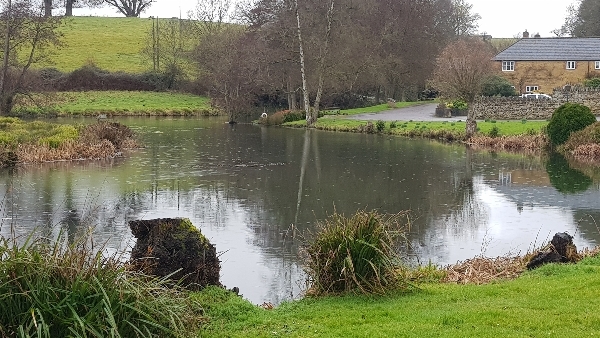 The lake at Barwick House was pretty much devoid of bird life, these last few visits have produced the least number of birds since time began!! My time that is!! Since the lake froze over about 10 days ago the Swans, most of the Mallards and a couple of Grebes have all disappeared. Today I saw five Little Grebes, three Moorhens and four Mallards. We did hear a Nuthatch calling from the small woodland nearby. 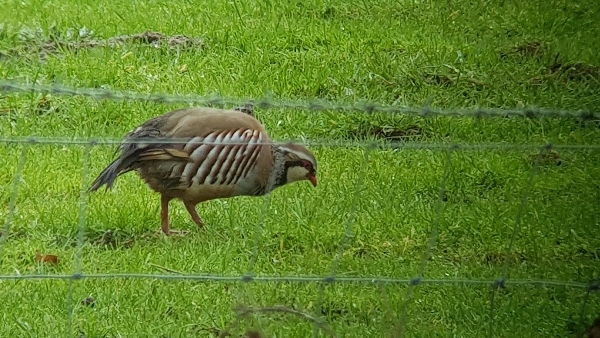 We walked up through Barwick Village and crossed the A37 into Pavyotts Lane, our first stop there was at a gate opening which gave us views southward over the large cow field. I counted 60 Northern Lapwings and two Golden Plover sitting in the muddy terrain, I also saw a large flock of Linnets, 20+ Pied Wagtails and lots of Common Starlings. 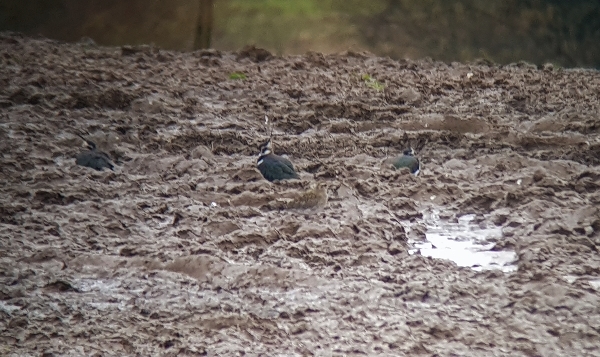 three lapwings are shown here, can you see the Golden Plover?

The potato field on the other side of the lane has now been ploughed after the spuds were harvested, I couldn’t see any birds in the field from the gate. The maize stubble was still a maize stubble field with two very large piles of cow dung ready for spreading. In this field we saw very little.

From the top end of the stubble field we entered the lane and walked back down southward, I had good views of the potato field, now on our left, from this new angle I could see large numbers of birds on an unploughed section. Dozens of Redwings, Fieldfares, Starling, Jackdaws and a few Crows and Magpies all fed in the field. A couple of Ravens flew over us, we saw a Goldcrest in the hedgerow and a Bullfinch called but we never located it.

The rain stopped completely as we made our way slowly back, the most remarkable sighting on the return walk was that of a Blackbird! Why a  Blackbird you may ask? Well, the Blackbird was remarkable because it was the first Blackbird that I had heard singing in 2021, have you heard one yet? 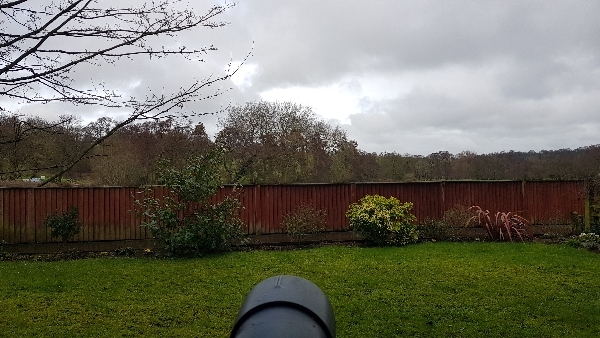 Looking from my garden bench over the fence into the meadow, you can see the tall ash trees, in these trees I saw 23 Redwings and a few Wood Pigeons. The picture below shows a phone-scoped picture of a Redwing with a Wood Pigeon in those trees. 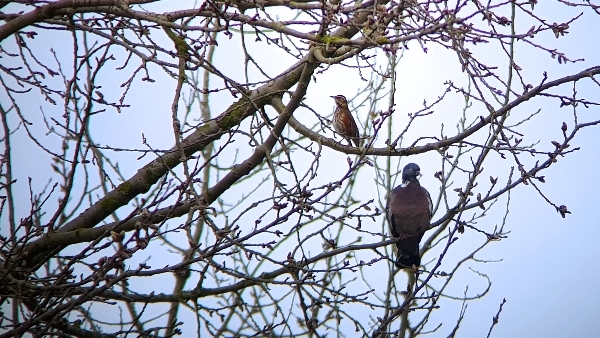 Just after 4pm I decided to nip over to Sutton Bingham Reservoir, I was hoping for a gull pre-roost gathering, but I was very disappointed. I hardly saw a gull, just 6 Black-headed, a dozen Herring Gulls and three Lesser Black-backed Gulls. A pair of Great Crested Grebes were performing their courtship dance but without the weed. Also on view was 37 Cormorants, three Canada Geese, 27 Wigeon and a few Moorhens. I never left the car and I only stayed for about 20 minutes. 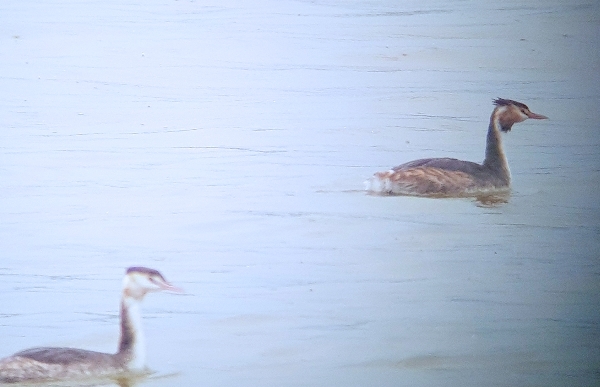 the far grebe is now in summer plumage whilst the near one is far from it.