Two minor bits of bad news dominated my morning’s excursion. Firstly, I lost a ‘rubber foot’ from one of my tripod’s legs yesterday and so I spent most of the morning retracing my steps of yesterday’s walk to Nine Springs. Secondly, the friendly Pheasant I feed in my garden is now deceased!!! He was there this morning and as I left the flat, I threw him some sunflower hearts but instead of coming down to feed he flew over the fence and walked off into the meadow along the hedgerow next to the main road.

Half an hour later Dawn and I left for Yeovil in the car, Dawn went shopping whilst I walked to Nine Springs to look for my tripod ‘foot’. As we drove along the main road out of the village adjacent to the meadow outside our garden, we saw a freshly killed male Pheasant lying at the roadside, I am almost certain it was my garden Pheasant. 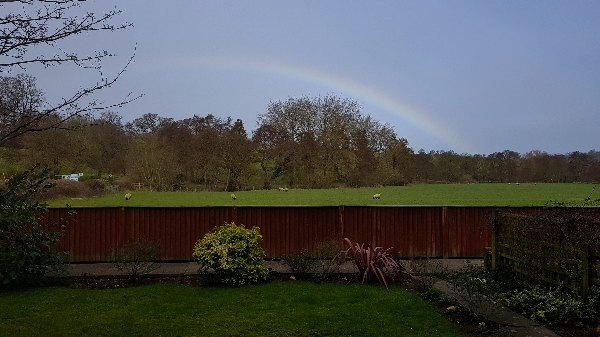 MY Pheasant-less fence, I shall miss him

So, Dawn dropped me off in Yeovil and I walked to Nine Springs and then home, it was fairly sheltered in the woodland valley as I made my way to top of the park. On the main lake I saw all the usual suspects but there was no sign of the Coot. I followed the path along the series of pools and cascades to the head of the springs. I kept my nose to the ground looking for a familiar round object which belonged to my tripod, I was pretty sure where I lost but I turned up a blank in that area. 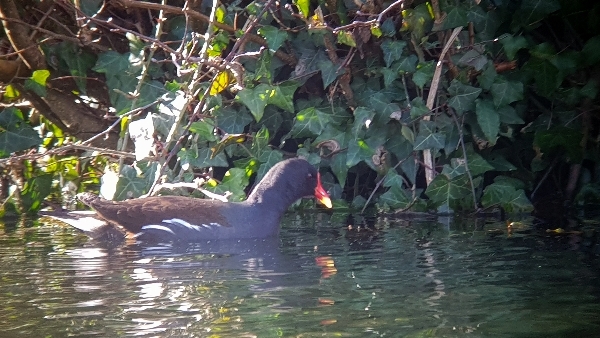 one of the four Moorhens at Barwick House Lake

Walking up and over the ridge in the park I followed the track onto Barwick House Grounds, I stopped at the Lake to watch the grebes and Moorhens. There are now two pairs of Moorhens and still seven Little Grebes on the lake. Not a single Mallard or a Swan was present. 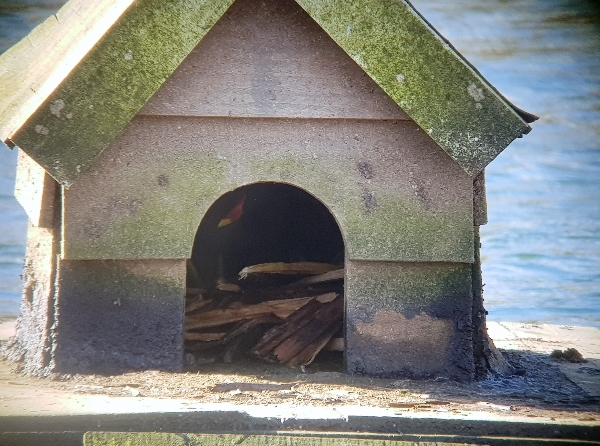 a Moor-House - it look like a Moorhen is sitting on a nest in the duck-house, do they use houses like this to breed in?

My only birding was done as I got back into Stoford, a lane forms part of the public footpath a couple of hundred meters from home, behind the hedge I saw a pair of Green Woodpeckers feeding on the ground, I got off a few shots of the male but the female was spooked and flew off. 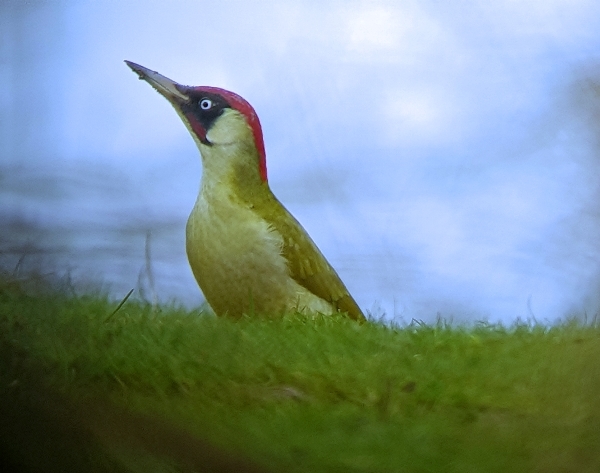 these are smashing birds, I love to see them. A male Green Woodpecker

The windy conditions all afternoon, Dawn went out again with her sister Celia but I declined, I never enjoy walking in windy conditions. I watched the garden for a while, I put out two Robin open-fronted type nest boxes and I watched a Blue Tit visiting the existing nest box, he has ben in and out of it for over a month now, let’s hope he persuades a female to join him. 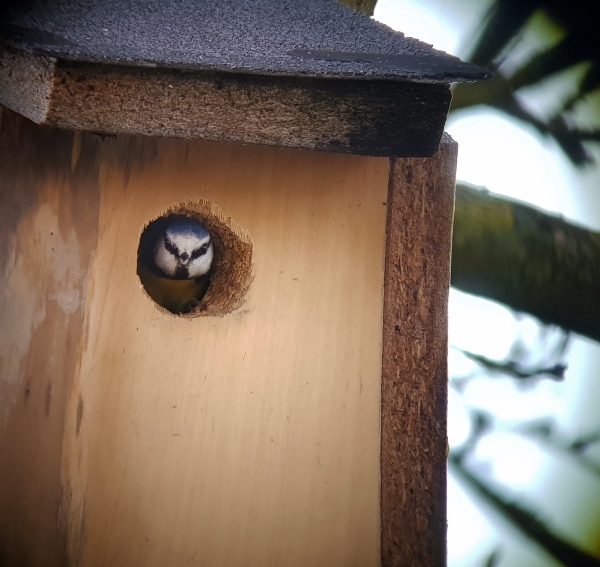