It was a great start to a new month and a new list, I went out to Pavyotts Lane this morning and then this afternoon Dawn and I went to the ‘moors’ at Ilchester which is just on my 5 mile limit. I recorded 40 species in a 2 hour walk to Pavyotts Lane, which is as good as gets around my patch.

I walked towards Rexes Hollow Lane but turned into Mill Farm Lane where I stopped to photograph a very obliging Red-legged Partridge, I also saw a few Redwings on the same patch of grass. 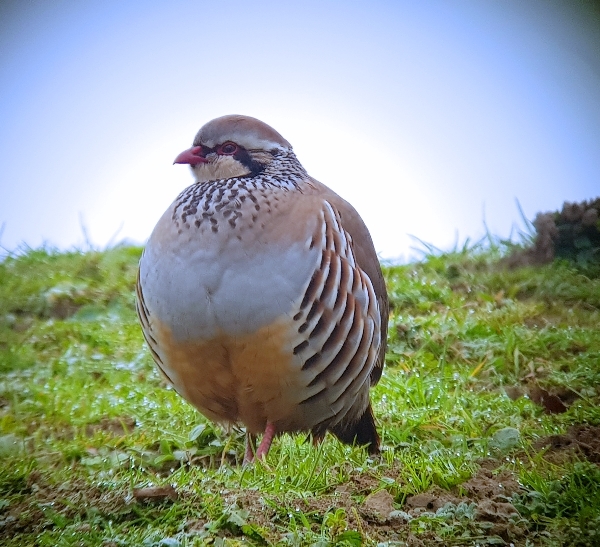 Red-legged Partrdige, my first picture for the March blog

Many common species flew onto my list as I made my way to Barwick House Lake and once there a quick scan of the water revealed the usual suspects: Little Grebe, Moorhen and Mallards. At least two Great Spotted Woodpeckers were drumming in the nearby mature woodland and lots of Jackdaws and Rooks fed in the cow fields adjacent to the footpath. 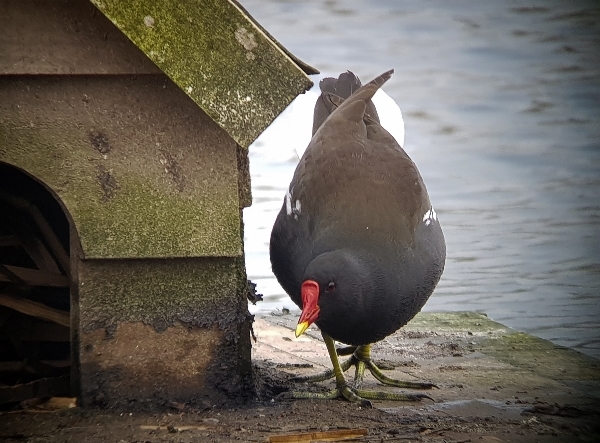 Moorhen and Moor-house at Barwick Lake 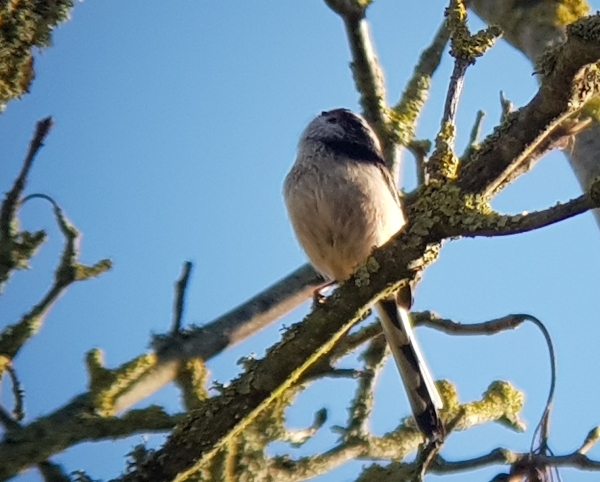 Long-tailed Tits, the winter flocks of this species have now disbanded and I see only pairs of them

My walk through Barwick Village produced sightings of Common Starling, House Sparrow and Collared Dove and as I walked up through Rexes Hollow I added Magpie and Chaffinch to the list. 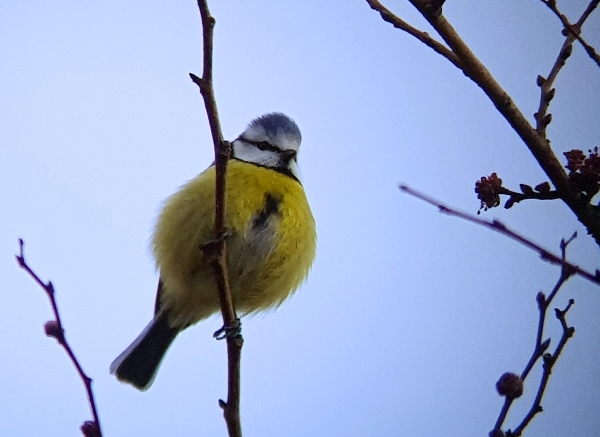 The majority of my sightings came from Pavyotts Lane it was just great there, I only looked into three fields and walked around one stubble field to amass over 25 species! The cow field to the south held a flock of 102 Golden Plover, 2 Lapwings, 9 Herring Gulls, 4 Lesser Black-backed Gulls and a single Black-headed Gull. I also noted Pied Wagtails, Wood Pigeons and a few Meadow Pipits. 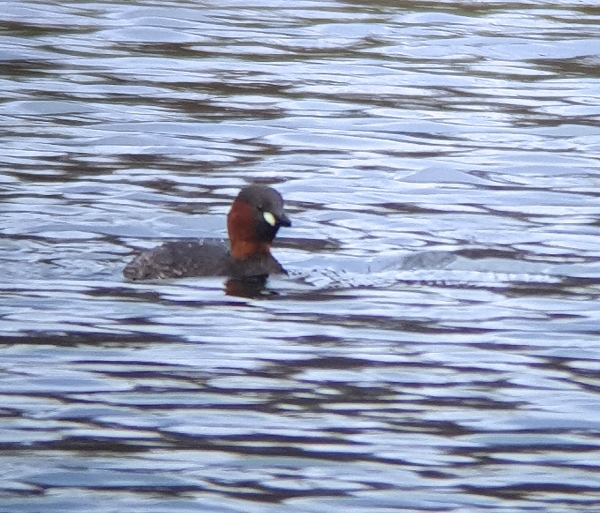 The stubble field was the most productive of the all places I visited today, I stood by the cow dung-heap and scoped the stubble for a while. A central strip had recently been sprayed with slurry and was full of birds, I counted 31 Pied Wagtails, a bunch of Linnets and a few Meadow Pipits. Good numbers of Fieldfares and Redwings joined the throng, whilst I was scanning the Wagtails a yellow bird flashed through my field of view, a very early YELLOW WAGTAIL was my instant thought, far too much yellow for it to be a Grey Wagtail . I immediately searched for the yellow flash and found……………..a Yellowhammer!! Well, this was a first for Pavyotts Lane area and a good find into the bargain, I was a bit miffed that it wasn’t a Wagtail but hey, ho it was a new bird for March.

Two more good sightings then appeared very close by, first a Greenfinch started its twittering and wheezing call, I found at the very top of the nearest tree. Then a Chiffchaff called from directly behind me and lo and behold there it was. I hadn’t seen a Chiffchaff for the whole of February and now I have one on the 1st March. 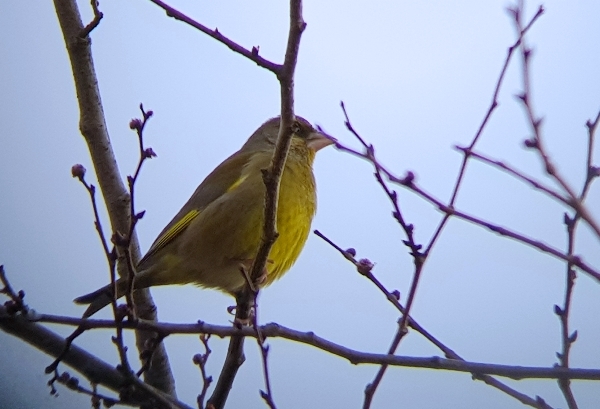 I circumnavigated the stubble field trying to get closer to the Yellowhammer but by the time I got around to the other side there was no sign of the brightly coloured bunting. 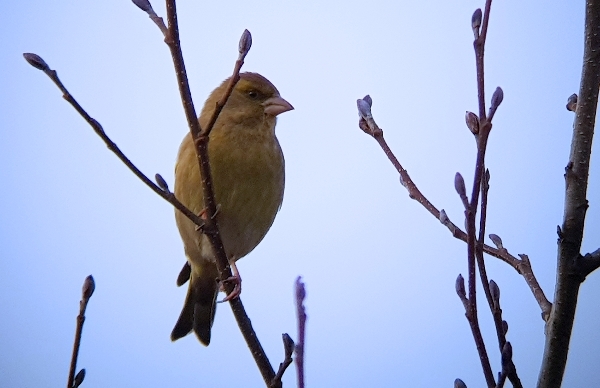 another shot of the Greenfinch

Walking back through Barwick Village I found a second Chiffchaff, two in one day? Are these returning migrants or over-wintering birds on the move? I couldn’t see any other reports indicating an influx of Chiffchaffs so I assume they have been around all winter.

In the lane running from Mill Farm I heard and then saw a Green Woodpecker, then a second one appeared, both flew up from the grass, I photographed the female before a Great Spotted Woodpecker appeared above it. 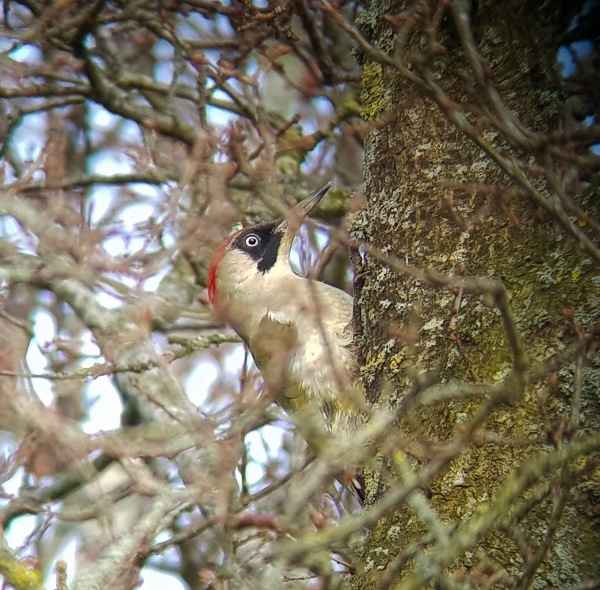 My garden Pheasant was in the garden when I got back, like clockwork he arrives for lunch, which he enjoyed at my expense! Whilst watching my feeders I was amazed to hear another Greenfinch twittering in my sycamore trees! Amazingly there were two, a pair, sitting high up. I got them in the scope and fired off a few pictures. They then dropped down to me feeders, the male flushed the Goldfinches out of his way and ate a few sunflower hearts, he was off before I had adjusted the scope and focused on it. 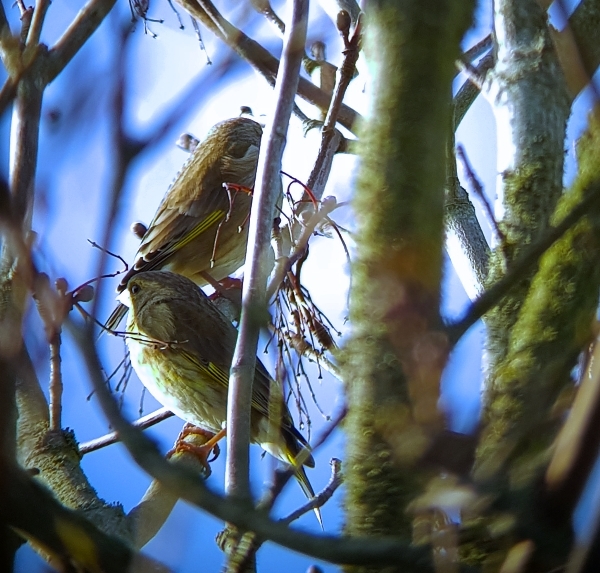 my very own garden Greenfinches

Our afternoon walk was from a track in Ilchester which takes you out to an ancient bridge called Pitts Bridge which spans the River Yeo. It was a bit of a disaster as the track was extremely muddy in places and hard to negotiate in just boots, we got muddy. To top it all we hardly saw a bird!! 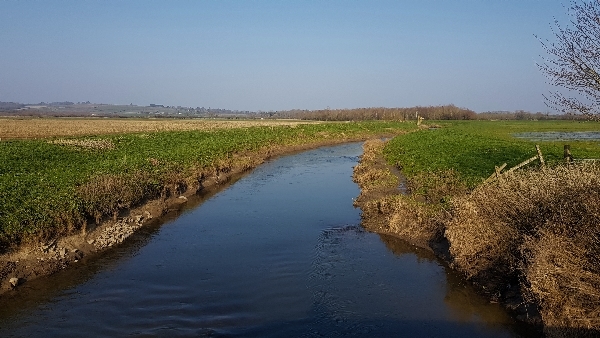 A Sparrowhawk flew across the track ahead of us and a Cormorant was added to the list as we made several sightings of them flying over. A bunch of Mute Swans was the only other new sighting of the day, we walked about a mile before giving up and turning back, we were home at 5pm just as it was getting chilly.