Yet another dull day, however the wind had subsided quite a bit. Dawn and I left the flat around 9:30 ad walked around to the Yeo Valley, it was quite blustery but once we got into the valley we were quite sheltered. 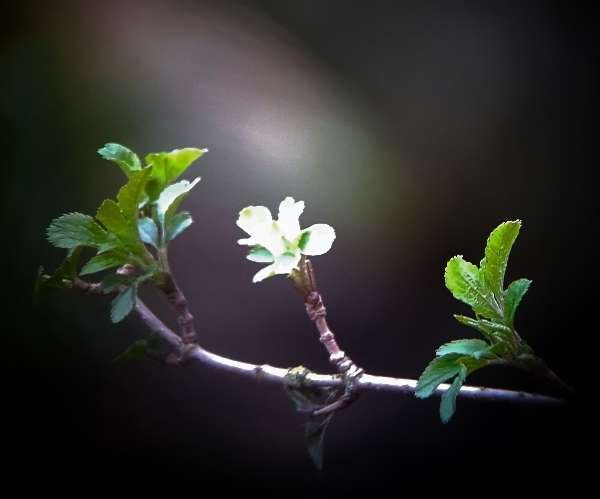 The leaves are sprouting on this Elderberry Tree in the valley

Following the course of the stream we bumped into a Treecreeper after a short while, this bird was singing at times and looked to be holding a territory, I shall keep my eye on this area over the next month or so hoping to find a nesting site. It wasn’t until we walked past the derelict building that we made our next sighting of significance and that was off a lone female Siskin, unusual to see one by itself, perhaps it had lost its flock. 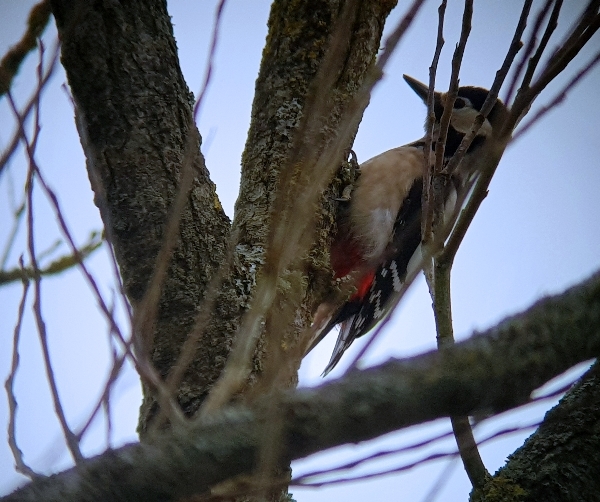 We then watched a Great Spotted Woodpecker, it was drumming earlier but stopped when we arrived. From then on we never saw much at all, the sky was always alive with bird movement, Jackdaws, Rooks, Crows, Wood Pigeons and Herring Gulls but the hedges and tree were not so. I never noticed any Redwings or Fieldfares in the Valley at all. 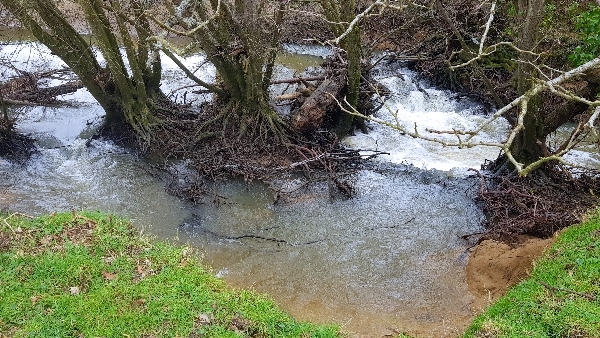 even though water levels have dropped the stream is quite a torrent in places, we were standing on the 'Kingfisher Bank' when we took this picture. Still no sign of any Kingfishers!!

From the top of Rook’s Hill I scoped the fields behind Clifton Maybank House and counted 9 Little Egrets with a few Herring Gulls, a couple of Common Buzzards circled over the valley calling all the time, it was very windy up there so we didn’t stay too long. 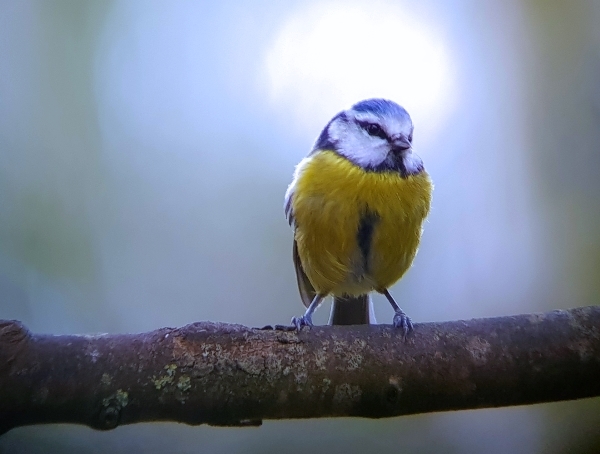 A Blue Tit posed nicely for me

Just after lunch I set of to visit Sutton Bingham Reservoir for a quick visit, although the gates are locked and you cannot walk along the shore you can get good views form the main causeway at the north end. It is 1 ½ miles from home but I drove there because of the muddy state the public footpaths are in. 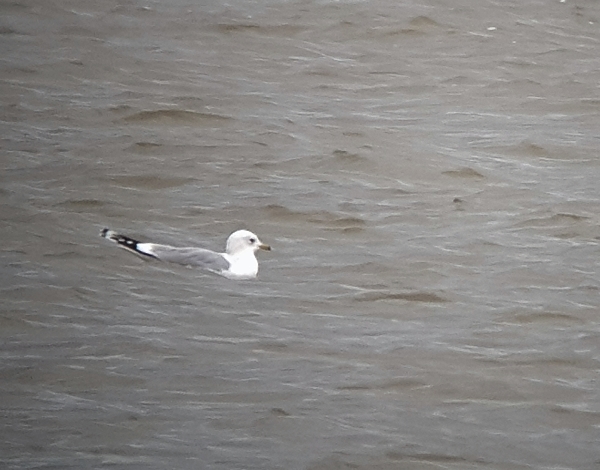 It was much busier today than of late, I see a large number of ducks over by the dam and quite a few gulls in the mian body of water. I scoped the ducks and saw that a couple of work-men had disturbed them, that’s why they were swimming out ito the open water, I counted 105 Wigeon, then I got onto a pair of Tufted Ducks (a new species for February) and a pair of Teal. The usual Great Crested Grebes wee doted all over the water along with many Cormorants and a good number of gulls. 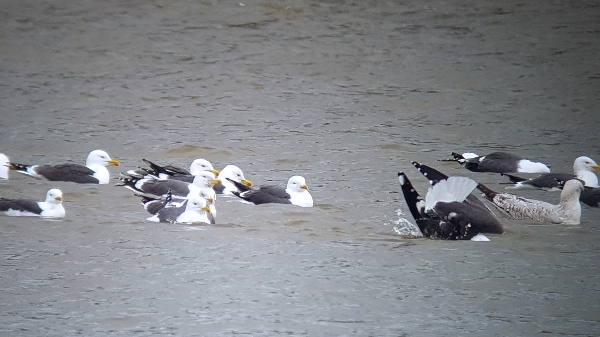 I was surprised to see so many large gulls in the water at this time of the day, a little early for them, a flotilla of over 20 Lesser Black-backed Gulls all in summer plumage looked amazing, some of them looked very dark perhaps a continental sub-subspecies, Larus intermedius. There was also a couple of Great Black-backed Gulls, dozens of \herring Gulls, about 15 Black-headed Gulls and a single Common Gull. 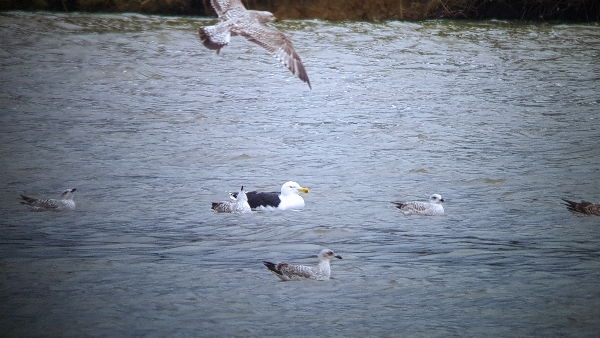 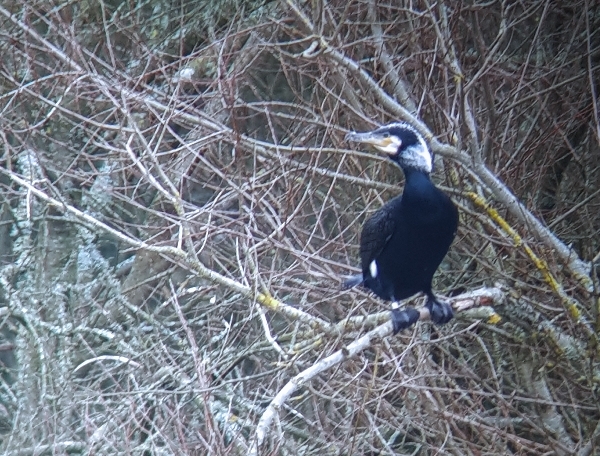 Great Cormorant in summer plumage, you can see the white  'breeding' patch on its flank.

It was still quite windy out there and it started to rain a little, I was hoping for a sighting of a returning summer migrant such as a Sand Martin but there was no sign of one. I watched a couple of Pied Wagtails on the causeway concrete bank and two pairs of Canada Geese were in the West Pool. I left after about ½ hour.