WEATHER: misty start, then bright sunshine for most of the day, some white clouds, light breeze. Temp 2-10C

It was a fabulous spring day, wall to wall sunshine, light breeze, just how I like them!! It was quite misty to start with but that lifted quite early on.

Guy Campbell came over this morning to join us for our walk, we decided to visit Clifton Woods to look for our first butterflies of the year, Guy arrived at 9am it was still quite misty then. We walked round to the station, stopping on the road bridge to view the stream, Guy picked out a Grey Wagtail on a bank of pebbles seen under the bridge that carries the railway line over the stream. 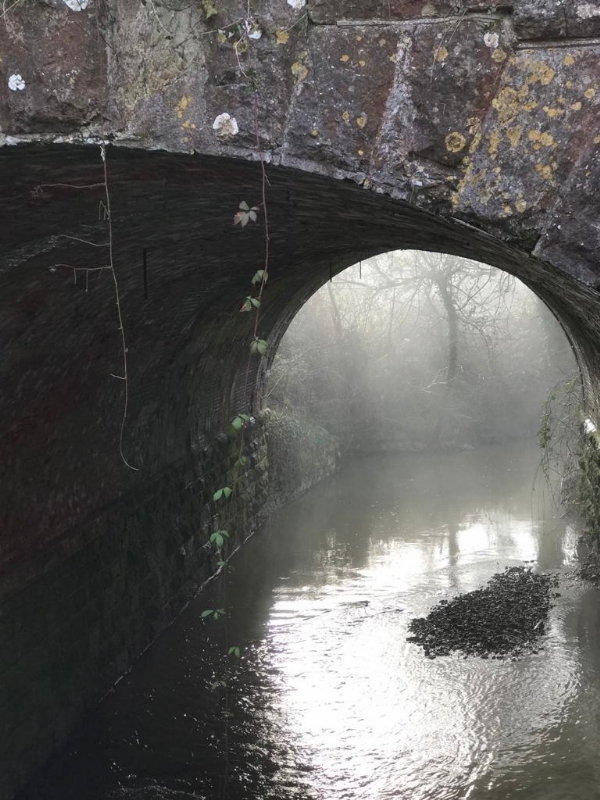 We then walked through the riparian woodland southward to Cowpool Farm, a few birds were in song, Robins, a Chaffinch, Great Tit and Song Thrush could be heard. We saw a Mistle Thrush and a couple of Redwings in the wood and I noted that a pair of Starlings were perched on a telegraph pole above a hole were they nested last year.

The sheep fields were full of new lambs enjoying the sunshine

The walk through Cowpool Farm produced very little bird wise, a few Pied Wagtails in a stubble field, Jackdaws and Rooks in the sheep fields and a good population of House Sparrows around the farm buildings. We walked up through a sheep field which was full of young lambs, reaching the edge of the woodland at the top. The sun began to burn off the mist creating this Fogbow. 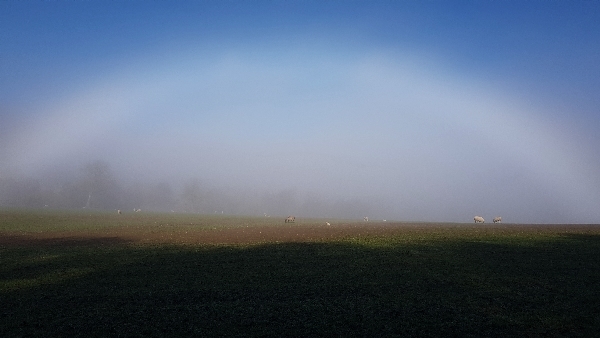 A Fogbow - have you ever seen one?

Over the next hour or so we walked into the large expanse of Clifton Wood which are privately owned and where a very large, wide glade cuts through the middle. We saw very little in the woods, a Great Spotted Woodpecker was drumming and many common species called or burst into song, mainly Blue and Great Tits, Robins, Wrens, Dunnocks and Song Thrushes. 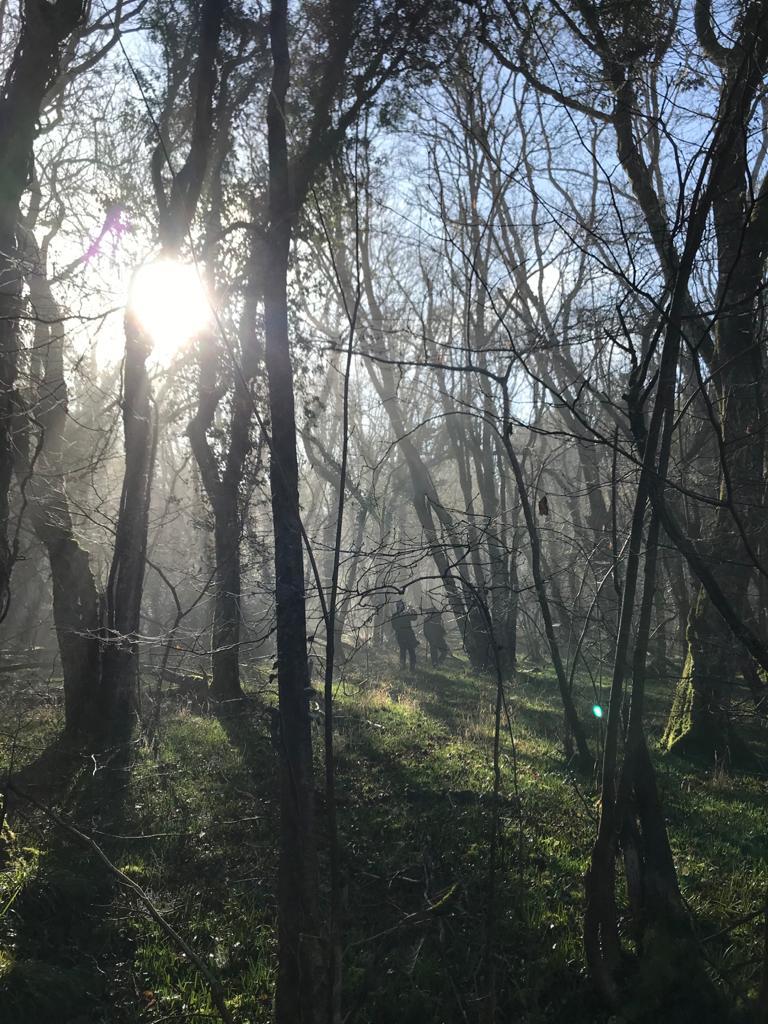 in the woodlands, taken by Dawn 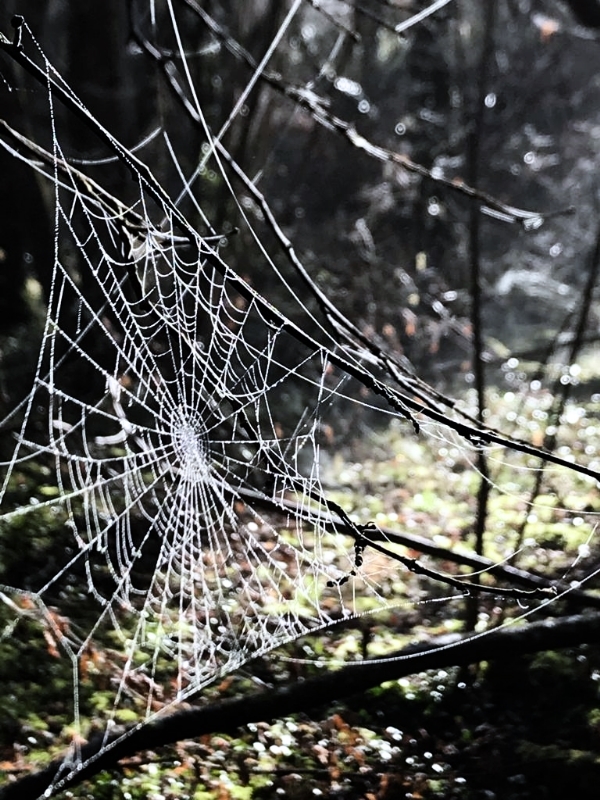 a Spider's Web covered in frost, taken by Dawn 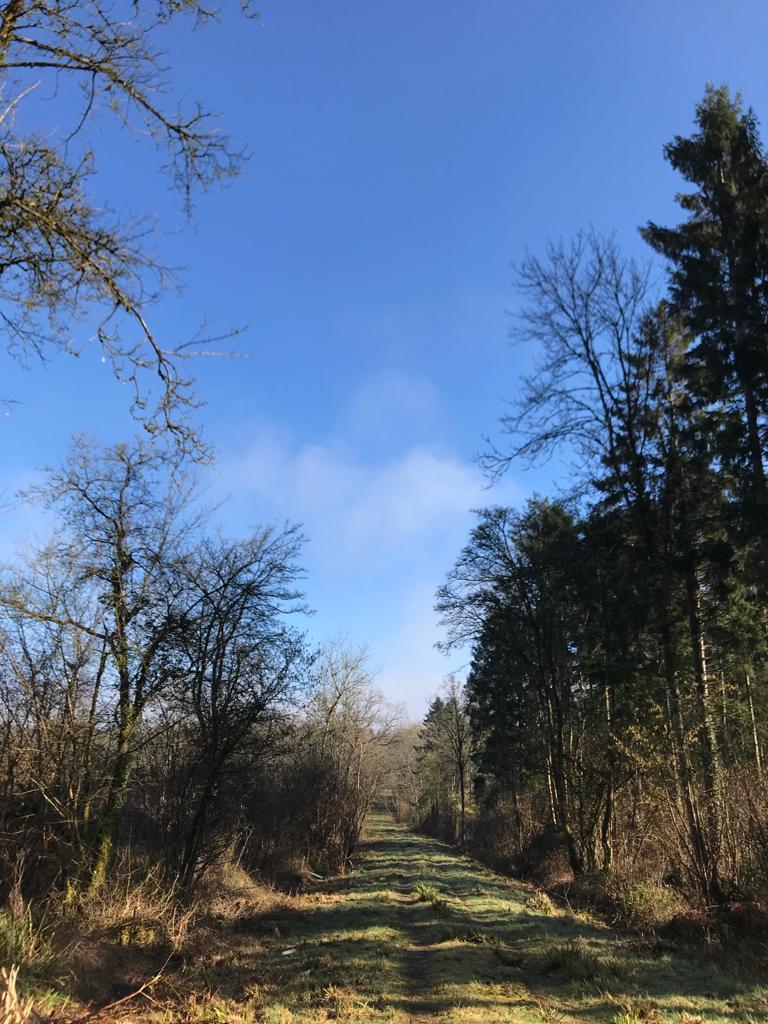 he wide ride through the centre of the woodland

After leaving the woodland we continued walking around its perimeter hoping for a butterfly sighting on the sun-drenched south facing edge of the woods, but nothing showed. We saw Primroses, a species of Speedwell and Snowdrops in flower and a few Bees wer buzzing around, but no butterflies. 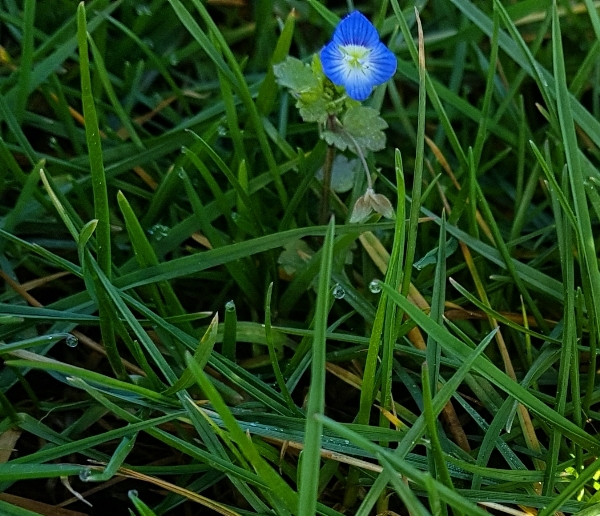 The tiny blue flower is a Creeping Speedwell

A young farmer was inspecting his crops and came over to talk to us, Duncan is a very interesting young man and talked a lot about farming economics, giving us the pro and cons of ‘green’ farming opposed to the use of chemicals and dairy versus arable. It was very interesting to hear his views and quite pleasing to the ear, Duncan is a very forward-thinking young farmer. A Skylark got up and started singing whilst we talked, a first for the year for both Guy and me, and maybe a sign that Duncan's farming practice is starting to work? 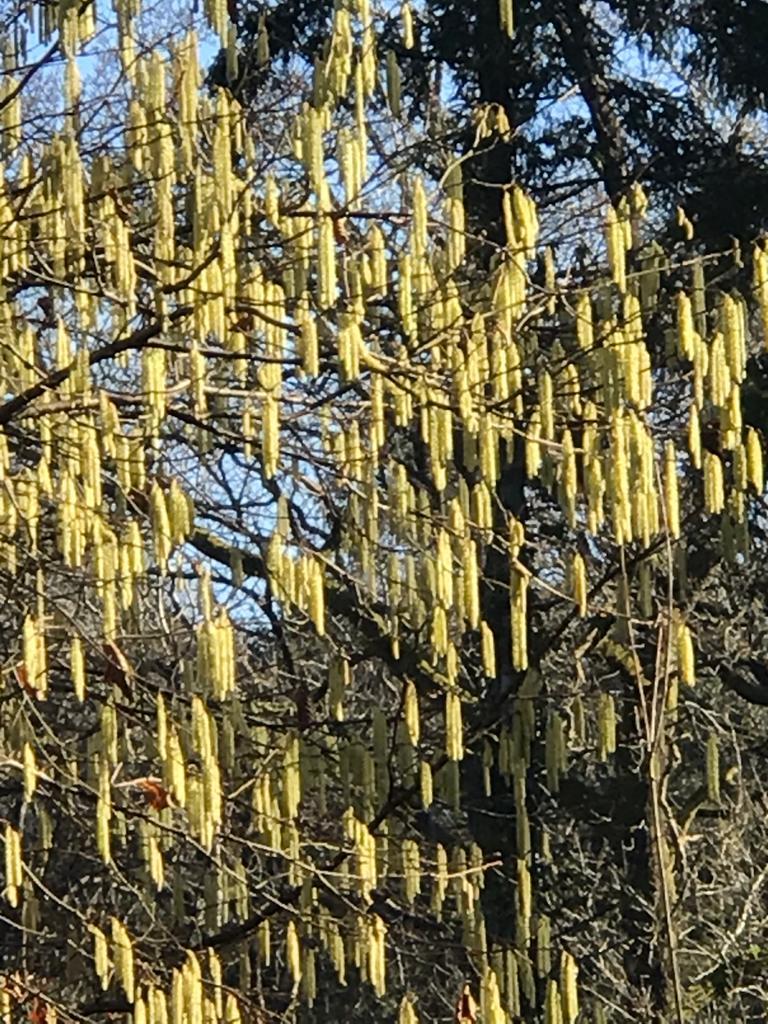 On the way back we stopped to watch a Fox sun-bathing and then the inevitable happened! I was ahead of Dawn and guy and they spotted a Brimstone Butterfly behind my back, my first butterfly of the year was found by Guy, humbug!! A second one appeared as we watched the first, both males, just beautiful. 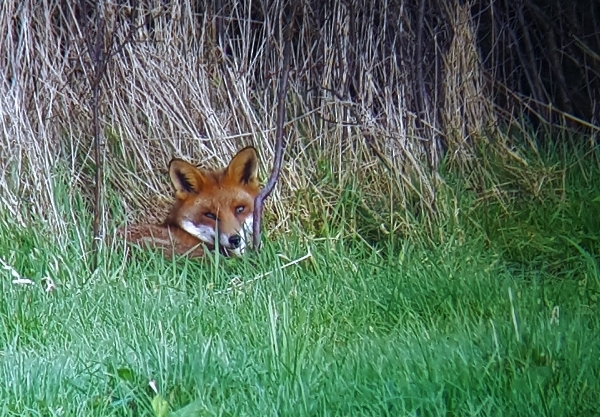 A Fox enjoying the sunshine 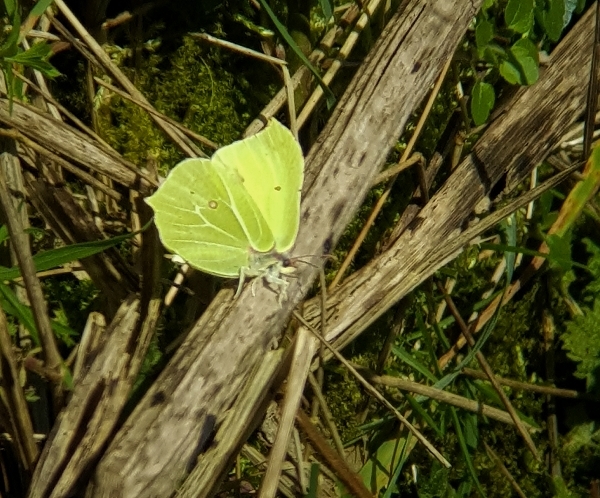 my first butterfly of the year, a male Brimstone, seen first by Guy and Dawn

Back at home we had a nice cup of tea whilst sitting on my garden bench watching the bird feeders, a pair of Long-tailed Tits turned up with all the usual visitors. Guy left and a little later, then a miracle happened!!!  A reincarnation, yes Fez, my friendly Pheasant returned to the garden!!! So he is either a ghost, an imposter or he did not get squashed on the road as we had previously thought. It was great to see him again, it was definitely him because of the broken tail feather we had previously noted was still showing.