It was a beautiful clear and frosty morning, Dawn and I set off for along walk to Sherborne via Clifton Maybank and Bradford Abbas, we used the car for the first part of the journey as Dawn’s knee is a bit sore after a recent fall. We parked the car on the east side of bradford Abbas and set off on the track which runs parallel to the railway line.

A single Linnet sat on a telephone wire singing, the first Linnet I have heard this year, it was obviously a male but it had no red markings just yet. Our next sighting was of three Skylarks, it was a probably a female and two males as they chased one another over the nearest ploughed field, they didn’t stay around for a photo-shoot. 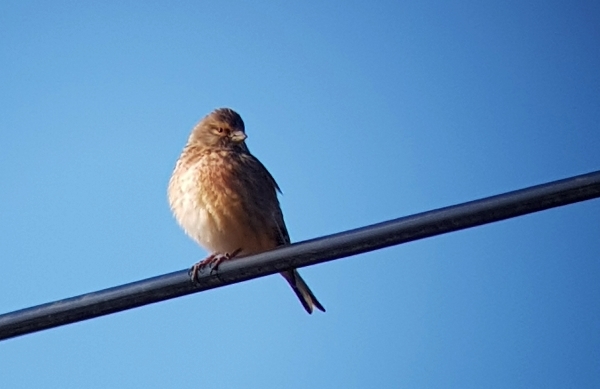 a Linnet on a wire

Despite the sunshine it was bitter cold and the wide open landscape did not offer much shelter from a strong easterly breeze until we reached the first farm where hedges and small copses provided some shelter. The walk was a bit disappointing in the main, not many sightings were made at all, the usual Rooks and Jackdaws, Crows and Wood Pigeons were in all of the fields and Robins and Dunnocks sang from the hedges. We did see another flock of Linnets, a few Goldfinches, Chaffinches, Blue and Great Tits but not much else. 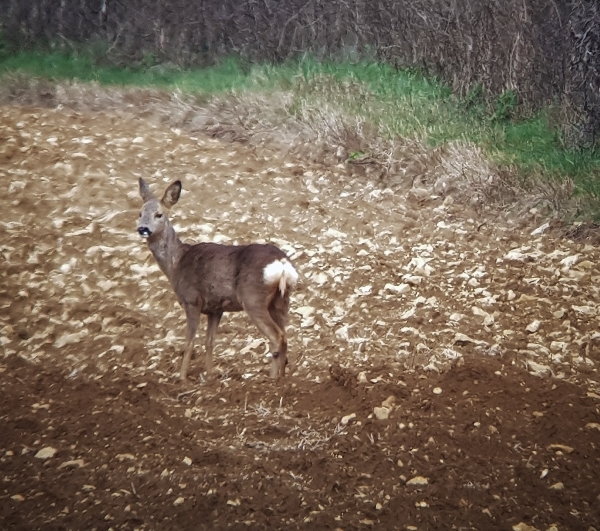 we saw several Roe Deer along the way to Sherborne

We walked 2 ½ miles to Sherborne ‘common’, which is a large grass meadow on the edge of Sherborne where thousands of dog walkers congregate. We did get quite close to a bunch of Rooks which is unusual as they are normally quite flighty. 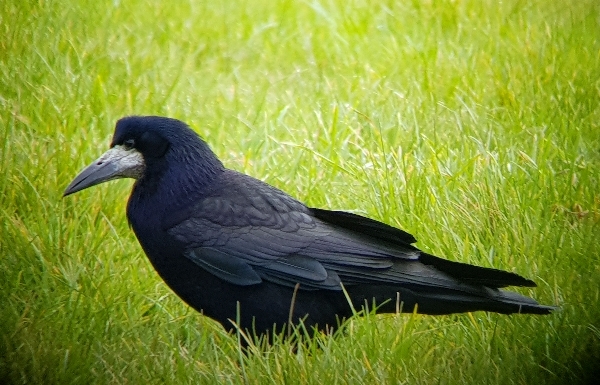 we found some very confiding Rooks on Sherborne Common

It clouded over around 10am and remained that way for the walk back to the car, our return journey was far more entertaining than the outward one because we saw a few more birds. Whilst watching a small group of Roe Deer Dawn had a yellow flash that shot through her binocular's field of view, she followed it to a nearby tree. I got onto it with my scope and saw that it was a Yellowhammer, hooray a decent sighting at last. 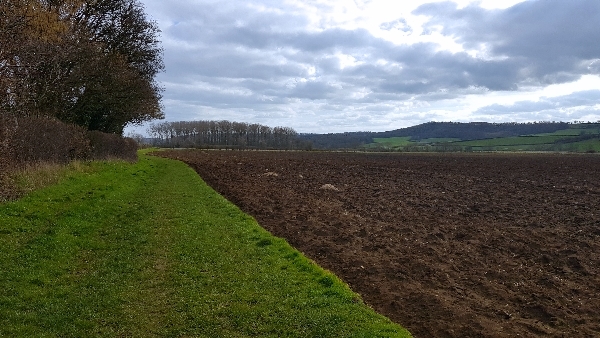 the track to Sherborne, a typical view

The bird sang a few verses before flying down onto the top of the hedge and delivered more of its well known song, click, click, thank you very much and well done Dawn! 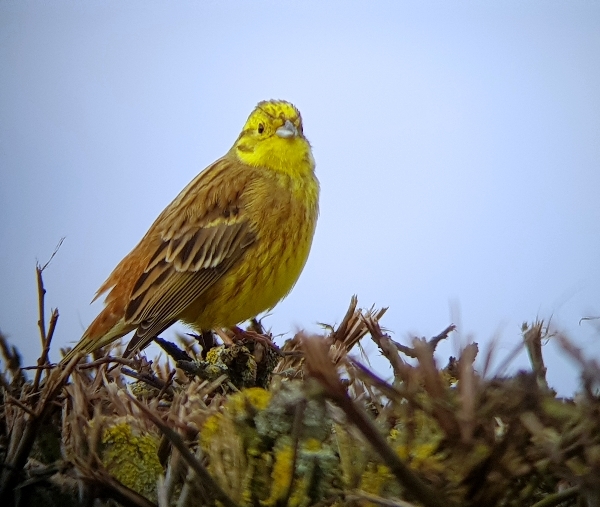 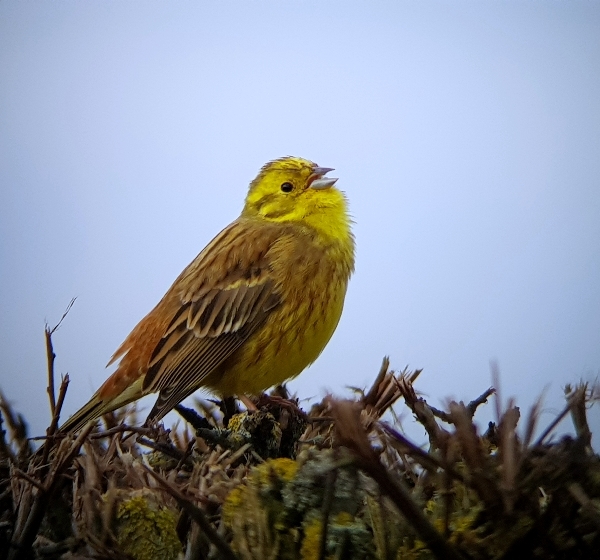 he even sang for us 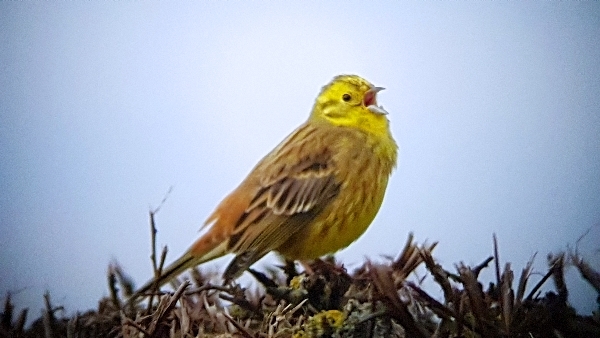 After watching the bunting for a while I picked out a distant raptor circling over a wooded area, it turned out to be a Red Kite, we watched it for a while hoping for a second bird to appear but it never happened. We have now seen a Red Kite in this area on several occasions, I do hope that there is a pair and that they stay to breed. 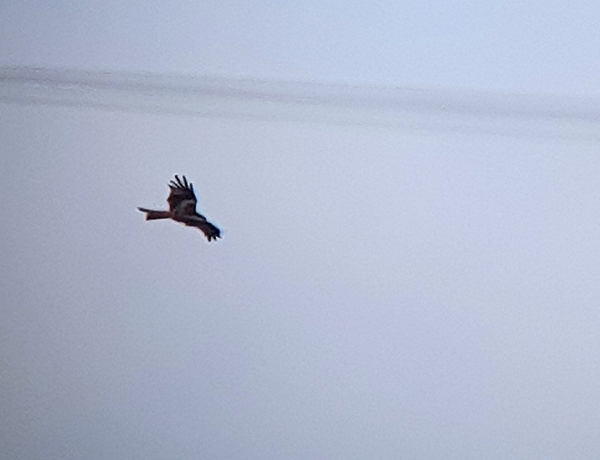 We found several Common Buzzards as we approached the final part of our walk, but I searched all of the pylons for a Peregrine without success. We got back to the car at midday and drove the mile and half back to Stoford.

My ‘garden Pheasant’ was waiting for us to return, he sat on the fence until I threw him some sunflower seeds. After lunch Dawn and worked in the garden, we created a new border along the last remaining edge of the lawn, you know what that means? More flowers, more visits to the garden centre and more expense! Ouch!!