What a beautiful morning it was, not a whiff of air, perfectly still with bright sunshine, I do love these conditions. I had to wrap up because it was cold out there but the sunshine soon warmed me up.

Despite the lovely weather conditions I never saw a great deal, but I did add a couple of species to the ‘valley’ year list and both of them were seen on the stream. My search for Siskins resumed without a single sighting, I must assume now that the flocks have dispersed and they have gone back to breeding grounds. 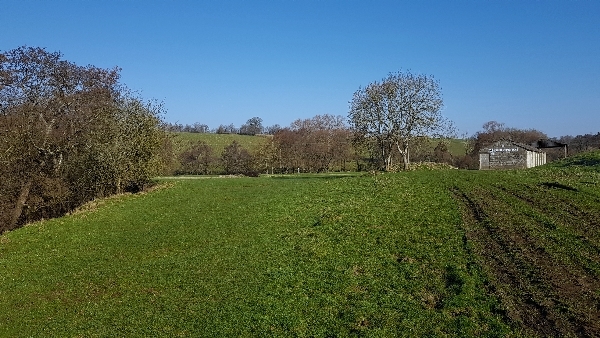 entraance to the valley in bright sunshine

Once in the valley I followed the route of the meandering stream , I saw a lot of common species as well as Treecreeper, Great Spotted Woodpecker (three of which were drumming from various trees in the valley), a few Redwings, a flyover Cormorant and several Herring Gulls. 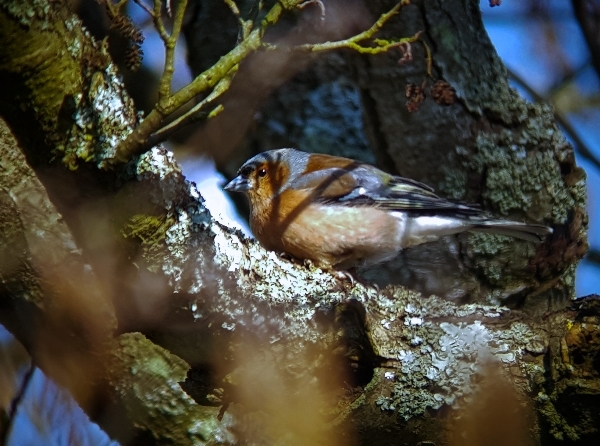 this male Chaffinch was singing but he refused to do it on film!

At one section of the stream I saw the tell-tale ripples of the presence of a duck! The ripples were small and repetitive unlike the large waves and splashes of an Otter. I walked down the bank a caught a glimpse of a duck as it disappeared below a large root overhang. I took out my phone and switched on my video camera just a MOORHEN flew out and disappeared downstream. This was my first record of a Moorhen in the valley this year. 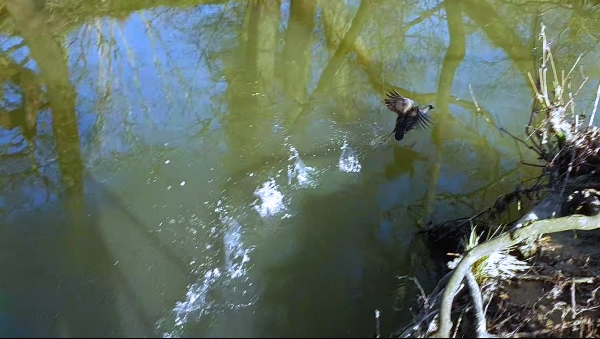 The Moorhen scooting away from under my feet 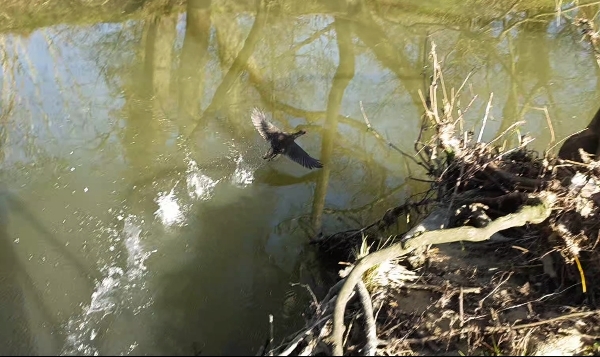 Further down the valley I heard a ‘yaffling’ Green Woodpecker and the male Pheasants are now getting feisty, chasing one another noisily around in the grass. I spent a little time at the confluence of the stream and the River Yeo, I didn’t see much there but it was lovely listening to the countryside coming alive on this lovely spring morning.

On my way back I saw a Grey Heron flying towards me, it landed in a dead tree. I knew it wouldn’t let me get anywhere near it so I phone-scoped a few pictures just before it flew down to the stream and out of sight. I decided to try to creep up nearer, but the Heron was having none of it and off it went. This represents my first Heron sighting in the valley this year and my first for March anywhere! 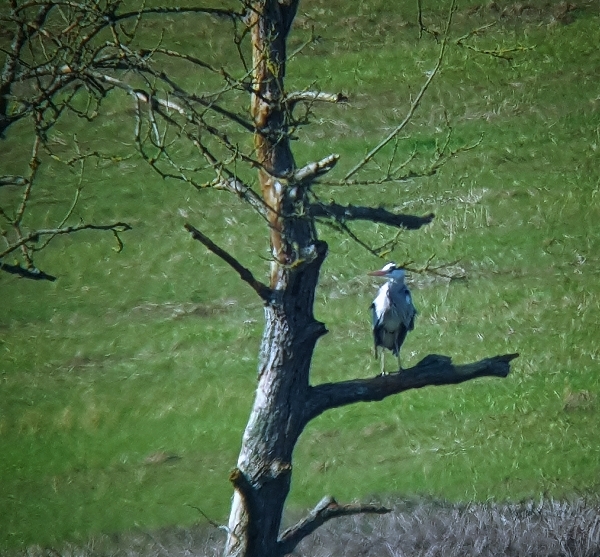 My only other comments for today’s birding is of my garden observations. Just before lunch Dawn and I finished creating a flower border along the edge of the lawn. Fez turned up and demanded food, I threw out some sunflower hearts and he spent quite while hoovering them up. Dawn commented that usually when digging the garden you get a Robin begging for a worm or two not a fully grown male Pheasant!!

We had Long-tailed Tits visiting the feeders which were just a couple of meters away from us and the usual Goldfinches, Chaffinches, Blue and Great Tits. The local pair of Buzzards were quite noisy too, they circled over the meadow making lots of calls.