MORNING VISIT TO NINE SPRINGS, YEOVIL AND A WALK BACK HOME THROUGH THE ALDON ESTATE AND BARWICK HOUSE

I got a message last night about the presence of a FIRECREST near Nine Springs country park in Yeovil so that is where I went first thing this morning. I had Dawn drop me off near the track where the bird had been seen by Steve Chorley and within fifteen minutes I was watching the very active little gem. 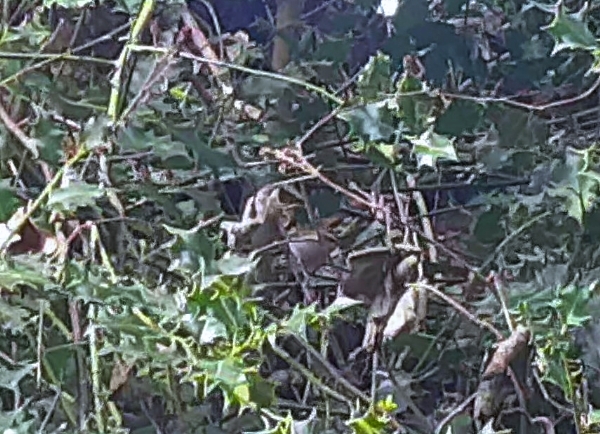 There is a Firecrest in the middle of this picture but you need good eyes to see it!!!

A Goldcrest was also in attendance to confuse the issue a little but the Firecrest was calling and even singing at times and so I could track it, this bird became my 69th species of the month but it wasn’t a year tick.

From the track, which incidentally is called ‘Lover’s Lane’, I walked down to the northern entrance to Nine Springs, along the way I watched a Nuthatch in an oak tree, this was only my second sighting this month, of this species, my regular garden birds have disappeared and the pair in Yeo Valley seem to have also deserted the area. Do you remember the fun we had watching them last year?

At the main pool in the park I added Mandarin Duck to the March list bringing my tally up to 70, I also saw Little Grebe, Moorhen, Mallard and herring Gull, as I walked around the pool I spotted a Chiffchaff flycatching from the poolside scrub. 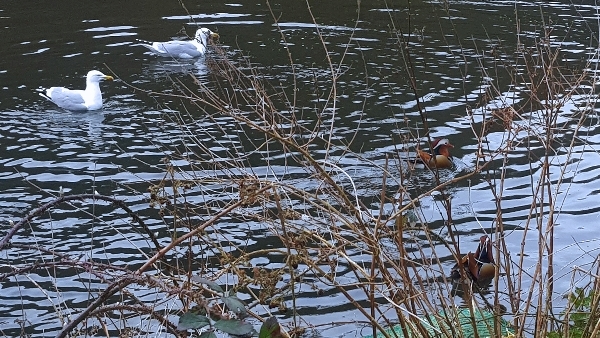 I then walked up through the ‘springs’ to the top pools where a fast flowing stream cascades over man-made falls and is the territory of a pair of Kingfishers, neither of which appeared today. I did find a pair of Long-tailed Tits building a nest, they were in a more advanced stage than my local pair as they were collecting feathers to line the completed ‘dome’ shaped nest. (Incidentally, later on today, I saw a Long-tailed Tit pecking off chunks of lichen from a tree in my garden and flying off across the main road with it, obviously another nest is being built close by.) 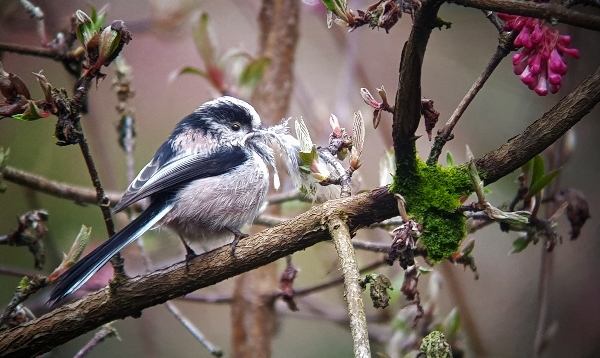 It was a steep climb up from Nine Springs onto the adjoining Aldon Estate land, there is a public path that cuts the estate and takes you onto the northern boundary of Barwick House. I took this path which follows a hedgerow, on the other of which is a stubble field, after recent muck spreading, it was alive with birds. 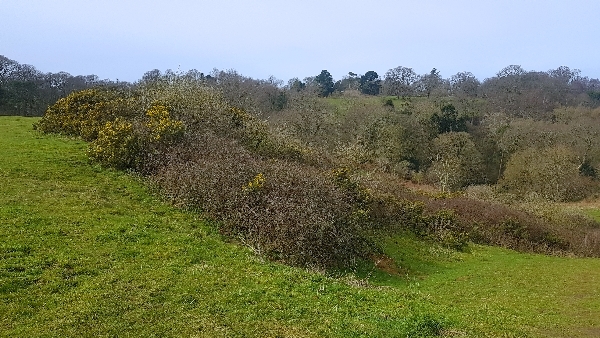 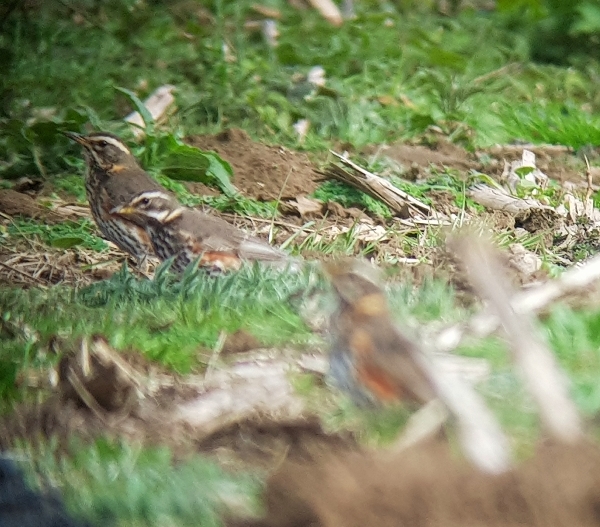 A flock of some 20 Redwings hopped around on the ground, I couldn’t resist taking a few shots of these special thrushes, knowing that that they will all fly off soon, returning to their European breeding grounds until their return next autumn. I also found a Song Thrush, some Chaffinches, Pied Wagtails, Meadow Pipits, 2 Common Pheasants and 5 Red-legged Partridges in the same area. 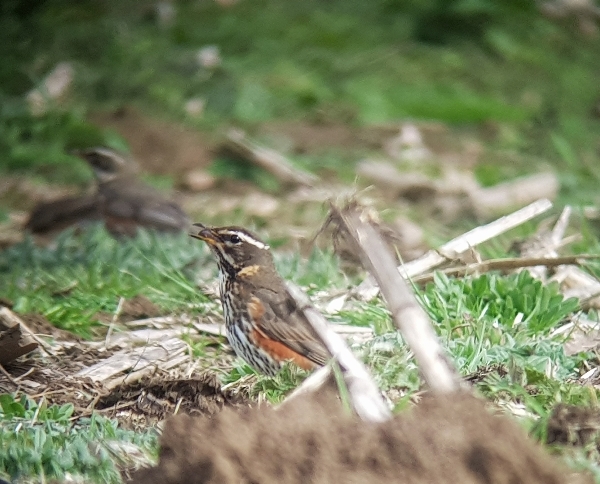 a Redwing just finishing off a worm

I walked down through the grounds of Barwick House, the lake was almost devoid of life, I spent ten minutes there and all I found was 3 Moorhens and 4 Little Grebes! A pair of Mallards were feeding in one of the paddocks but that was all! 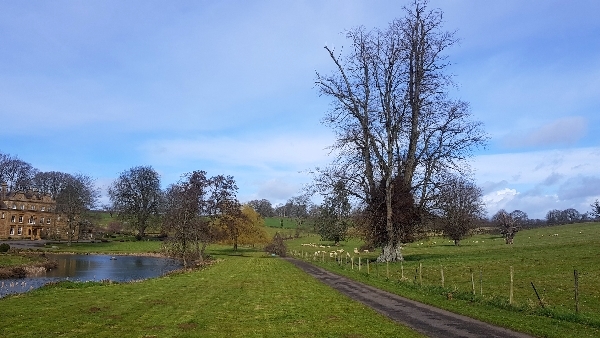 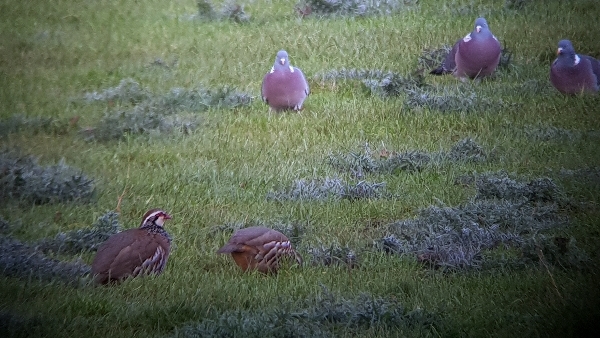 a stand-off. The Wood Pigeons are ganging up on the Partridges, but nothing came of it, no blood was let

From my garden back at home I saw a pair of Red-legged Partridges in the meadow with a good number of Wood Pigeons and Jackdaws,  since the farmer introduced a flock of sheep into the meadow the bird life has indeed flourished, the grass will soon be short enough to attract wagtails and even a passing Wheatear!