I do not have a lot to report today because I spent most of my time indoors, the weather wasn’t great which put me off going out. I watched the garden feeders quite a lot and Fez visited a couple of times so I had to go out and feed him. 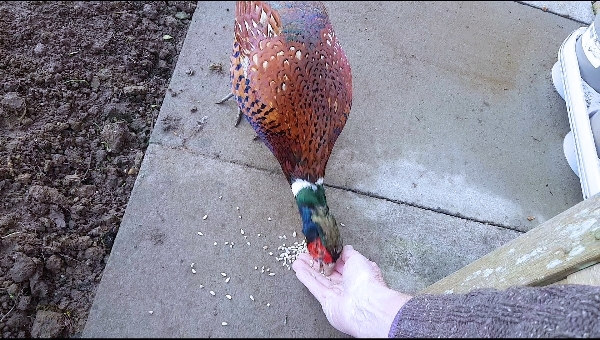 Fez is now feeding from my hand

It was just before 3pm when I finally went out, I took the car to Sutton Bingham, a 1 ½ mile journey. With the strong winds of late I was hoping for a few birds to have been blown inland from the coast and maybe find an unusual gull or seabird on the reservoir, but alas that was not to be.

I stopped on the causeway and scanned the water, nothing unusual appeared, the wintering flock of Wigeon had grown according to recent counts, (later today a count was made of 233, the highest number all winter), I saw about 150 of them. Other than Wigeon and Mallards there was no other duck out on the water but right below me on the edge of the concrete bank was a male mandarin Duck, this bird was the first Mandarin I had seen at Sutton Bingham this year! 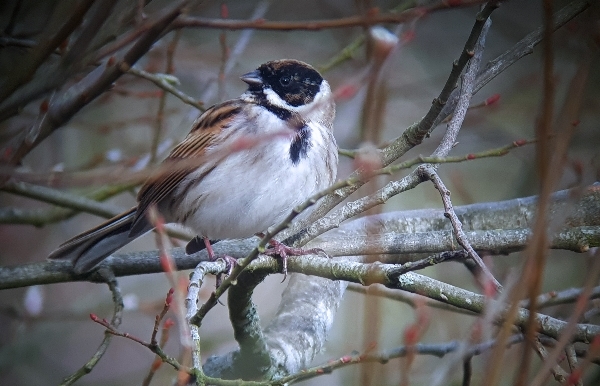 the male Reed Bunting, number 71 for the March list

Next I drove to the southern tip of the reservoir and walked back northward along the western shore, I was looking for the local Little Owl but he had more sense than to be sitting out in this cold wind. I did see and hear a male REED BUNTING, my first for March, which was most welcomed. 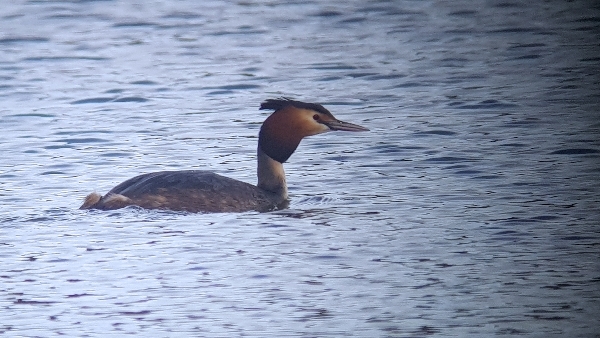 I Left about 4pm having watched the numerous Great Crested Grebes, a few Cormorants and I sifted through the gulls of which I noted Herring, Leseer BB, Great BB and Black-headed Gulls.