A YEAR INTO THE PANDEMIC IN STOFORD, SOMERSET UK

AND HERE I AM 365 DAYS INTO MY PANDEMIC EXPERIENCE, a year without travel, a year of stay at home, a year of local birding……… I arrived home from COSTA RICA on the 13th March 2020 after travelling through a packed Miami Airport and was told by the UK Gov to self-isolate for 3 months, that was just the start of it! We then had a full lockdown followed by a brief respite through the summer when we were allowed to travel locally (within reason and with many restrictions). A second lockdown was enforced in December with a break at Christmas and then this third and hopefully final lockdown began on January 4th.

My local blogging began with a walk into the Valley which lies within a couple of hundred meters of our home, where a stream meanders down through two large pasture meadows to meet the River Yeo and where a huge sandstone block, known locally as ‘Rook’s Mountain’ (I call it Rook’s Hill) lies on the eastern boundary, from the top you have a brilliant, panoramic view of the surrounding landscape.

The spring of 2020 was a beautiful sunny affair many days in April and May were still, sunny and warm, it was delightful to go out early in the morning and watch local wildlife, it was all new to me, I had not spent a full spring in the UK for 15 years at least and had never walk into Yeo Valley at that time of the year it had always been during the winter.

I have recorded over 80 species of birds in the Valley, 13 Butterflies, 12 mammals and a myriad of flowers, fungi, spiders and insects. I saw a couple of species of fish but not a single reptile or amphibian!!

WEATHER: dull and overcast to start, still quite windy and cold. Temp 7-9C

Many say that March is one of the worst months for bird-watching and I tend to agree. It is a time when most of the wintering species have gone back north and east to their breeding grounds and before the summer migrants have arrived. A lull in bird movement, a spate of inactivity. Most of the winter flocks of finches, thrushes and buntings have dispersed, the mixed flocks of Tits have broken up and most resident birds are pairing off with breeding on their minds. 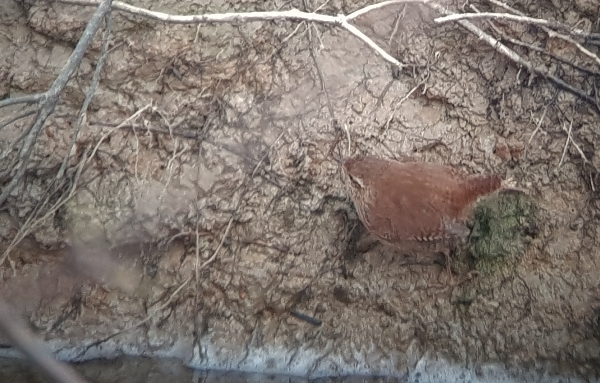 For the last couple of weeks I have made fewer and fewer sightings during my walks and today was no exception. I set off for the Valley walk at 9am and after watching the Long-tailed Tits building their nest for a while I followed the stream down the valley taking my usual path.

Not much was moving, it was still quite windy and I only heard Robin, Wren, Chaffinch and Song Thrush in song. I did see a pair of Grey Wagtails fly over and the bright blue flash of a Kingfisher as it darted up the stream. Other than that is was flyover sightings or birds calling from a distance, I heard Green Woodpecker calling, a Great Spotted Woodpecker drumming, a cock Pheasant called and Red-legged Partridges made their alarm call as they flew up from the bank of the stream. 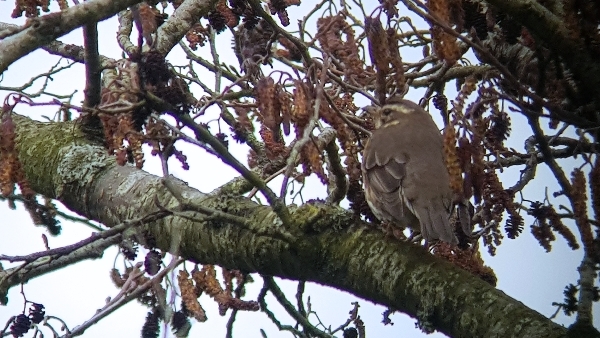 As I walked along the bank of the River Yeo I flushed two Mandarin Ducks, the first sighting of the year in the valley. Mandarin Ducks are a bit stupid really, they fly off calling then they circle round and fly right over the top of you, if I was a duck hunter it would have curtains for the two of them. 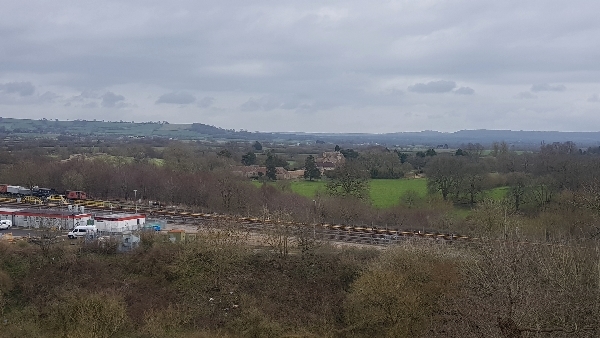 From the top of Rook’s Hill I scoped the fields around Bradford Abbas, noting a very pale Buzzard in flight and then I panned round to Clifton Maybank and the fields around Broadclose Farm, I found the usual Little Egrets feeding amongst the cattle, I counted 11 of them. 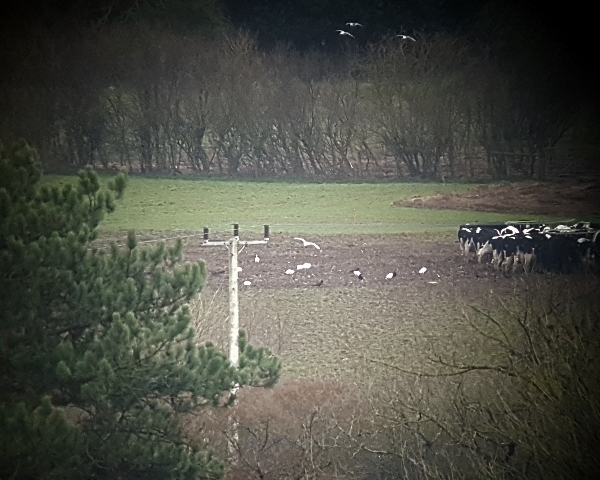 Little Egrets with Rooks and three Herring Gulls in flight and for those of you from the city, the black and white things are cows!!

For the afternoon walk Dawn and I walked through Stoford and up the hill into the top of Barwick, then down to Barwick House to view the lake. The lake held the least number of birds I have ever seen, I saw just two Little Grebes and two Mallards. As usual when I am out with Dawn we saw a Sparrowhawk, I never seem to see them when I am alone! 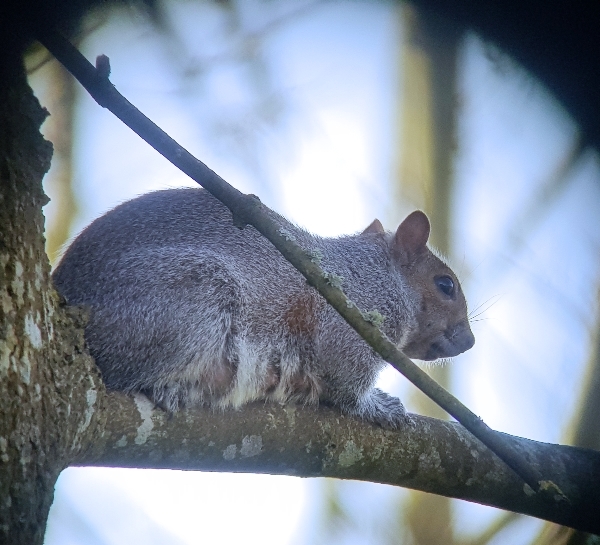 A Grey Squirrel has taken a liking to my bird food, I had to shoo it off twice today, where's my gun???