WEATHER; still a cold breeze, but brighter with some sunny spells. Temp 10-12C

I spent two hours walking in the Yeo Valley without much of a rewards, it was great to be out there but I wanted to see some wildlife, that’s the whole point isn’t it?  My garden Pheasant was nowhere to be seen as I left the flat at 9am, so I left him a pile of food near the door.

The Long-tailed Tits have now finished the exterior of their domed nest in the bramble clump and are now search for feathers to line the inner walls. Other than seeing afew of the common garden/woodland species it was very quiet out today. The usual passage of Rooks, Jackdaws, Crows, Wood Pigeons, Stock Doves and Herring Gulls continued as usual across the valley, I added Cormorant to the list today. 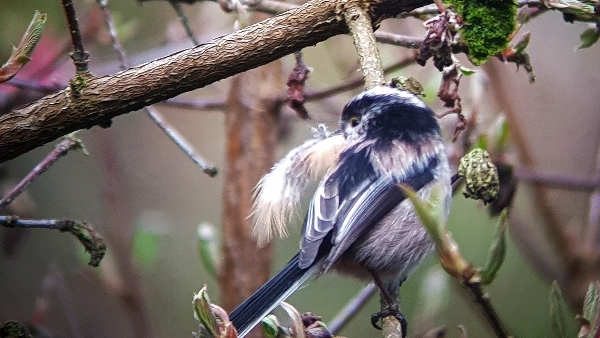 I walked all the way down to the bottom of the valley where the stream meets the River Yeo where I stood for 30 minutes just watching and listening. I can confirm that the Chiffchaffs have returned to their nesting site at that point, the male was singing and chasing a second bird around which I assumed was a female. 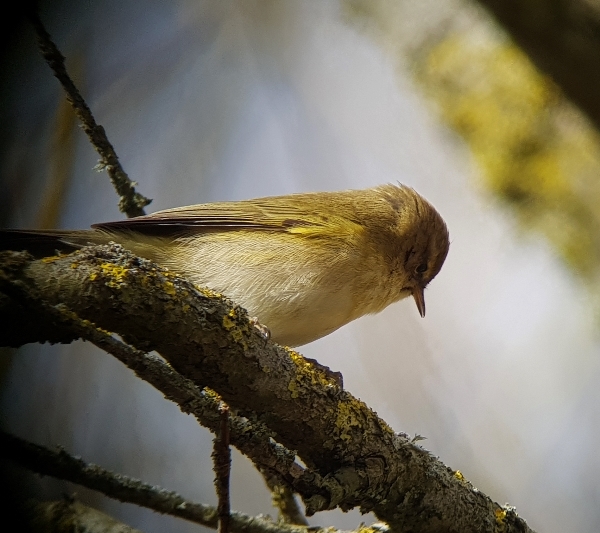 Chiffchaff seen at the confluence of the stream and the river, holding territory

A recent sighting on the River Yeo in Yeovil was that of a Dipper, wow!! Just a mile down river from where I was standing!! I have search for over a year during this Covid Pandemic for a Dipper sighting on the river without a single sighting, I know they breed upriver near Sherborne but I have only ever had I sighting in Stoford during the last 10 years. The stream doesn’t look clean enough for Dippers and their main prey the Caddisfly, but the river looks good, I am always hopeful. Anyway, I never saw one today, nor a Kingfisher, nor a Grey Wagtail.

I did hear a singing Goldcrest in the area where I saw pair last year and I heard a Great Spotted Woodpecker tapping and drumming in the same place as before. A Song Thrush sang as I walked along the River bank to Rook’s Hill. I walked into the side valley behind the hill where a steep slope has more large bramble clumps and some gorse bushes. I noted another pair od Long-tailed Tits chasing one another around, they nested in the brambles last year. I can also confirm that a pair of Chiffchaffs have also returned to their territory in the bramble area, that makes all three pairs back on territory in the same places as last year! 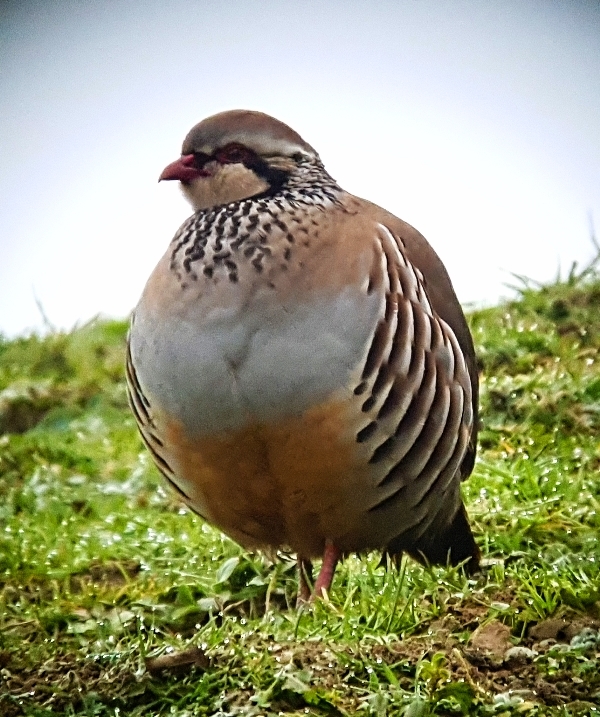 Red-legged partrdige on the side of Rooks Hill, bad light and it was windy, hence the poor picture

I avoided walking along the top of Rooks Hill because the wind was quite blustery and very cold, I returned to the stream and walked back along the bank, I never saw anything else to report except that I did see a few Partridges on the side of Rook's Hill and a Pheasant down near the stream.

When I got back to my garden I could see that Fez had called and left his calling card on the path where the seed was waiting for him, right by the front door, I’d better sweep that away before Dawn steps innit!