My only birding of the day was a short visit to Sutton Bingham and a few short garden watches. It was drab and cold out there this morning so I opted to do some office work. 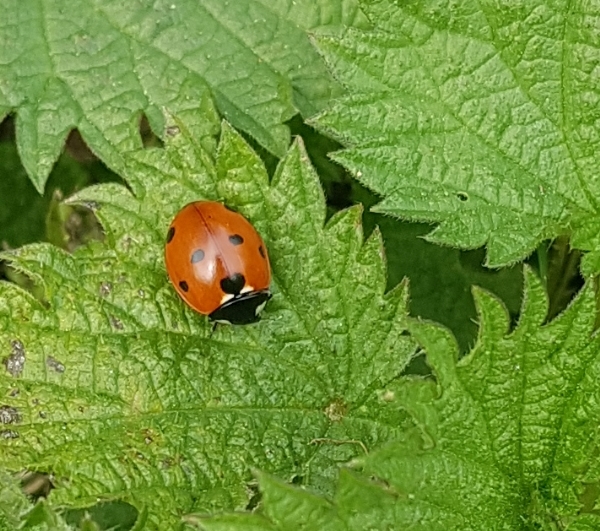 At 11am I went for my exercise walk around the village, I saw all the usual garden birds with the addition of a flock of Starlings, Greenfinch singing, Collared Dove cooing and quite a few Herring Gulls flying over. 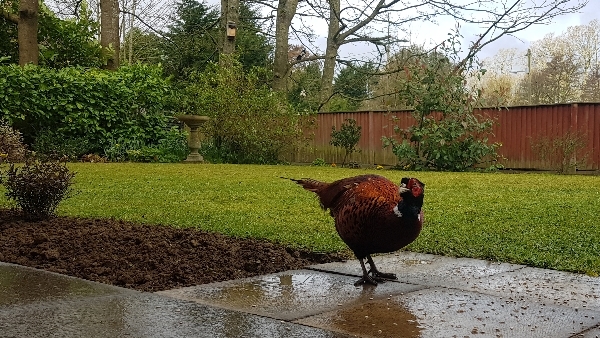 this is Fez outside my front door this morning

It wasn’t until 3pm when I set out for Reservoir at Sutton Bingham, the light wasn’t good and it was still very chilly with brisk breeze. As I pulled up at the main causeway I met Guy Campbell who pulled up behind me. We scoured the west pool and the main body of the reservoir looking for hirundines, but none were skimming over the water.

We saw a large flock of Wigeon in the northeast corner, I heard later that 179 of them was counted, a good number for this time of the year. Many pairs of Great Crested Grebes were out on the water, at least 15 pairs became more obvious when Guy and I drove down (in separate cars) to the southern end of the reservoir. Lots of them were performing their duet courtship dance. 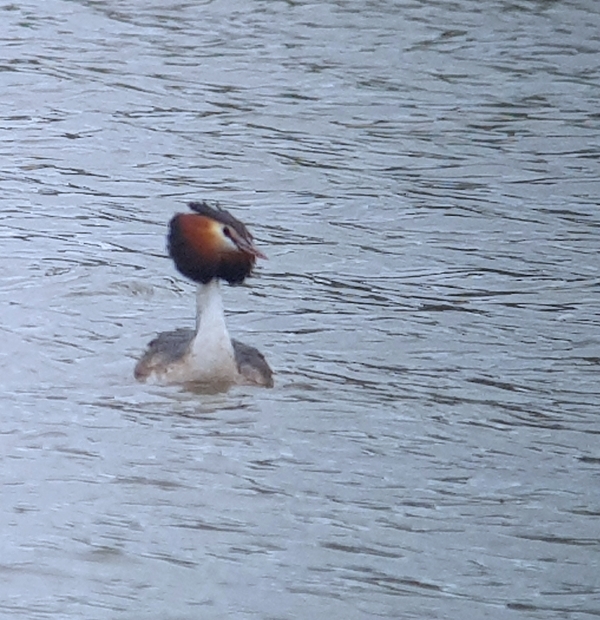 a Great Crested Grebe - does he think he is a Ruff? 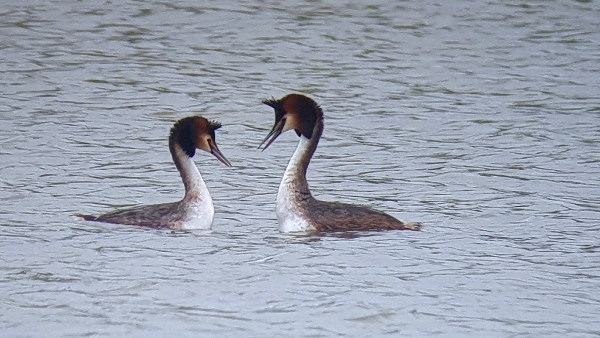 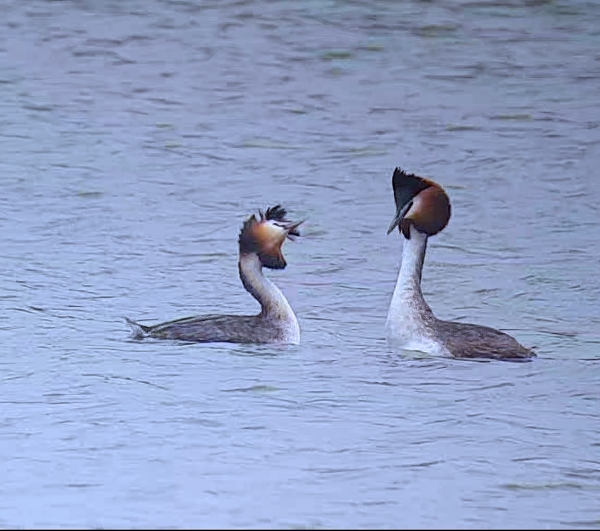 On the reservoir we also saw Canada Geese, Mallards, Great Cormorants and a few Moorhens. The gulls present included some very smart looking Lesser Black-backed Gulls, with Herring and Black-headed Gulls, a couple of Pied Wagtails worked their way along the concrete bank of the causeway. 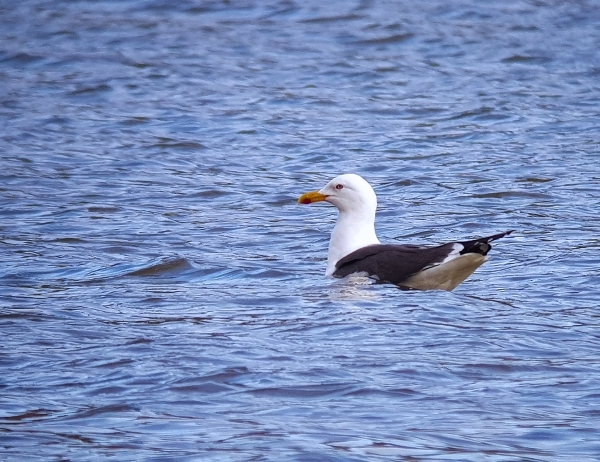 Back in my garden I enjoyed a lovely 15 minutes watching the activity in the trees, around the feeders and in the meadow. I saw a Goldcrest collecting nesting material from the sycamores and then a series of species made an appearance in the same tree. A Great Spotted Woodpecker dropped in, then a small party of Goldfinches, followed by a single Chaffinch and ended with a pair of Long-tailed Tits. 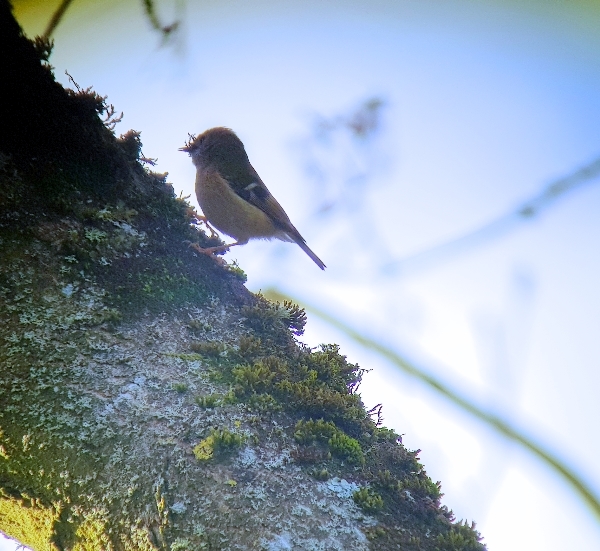 My local pair of Common Buzzards are spending more and more time around the nest in an ash tree in the meadow and I saw four and twenty Jackdaws in the grass around the sheep. A Blue Tit continues to go into the bird box but he still hasn’t found a partner yet, my feeders are still used by Great Tits, Goldfinches and a pesky Grey Squirrel. 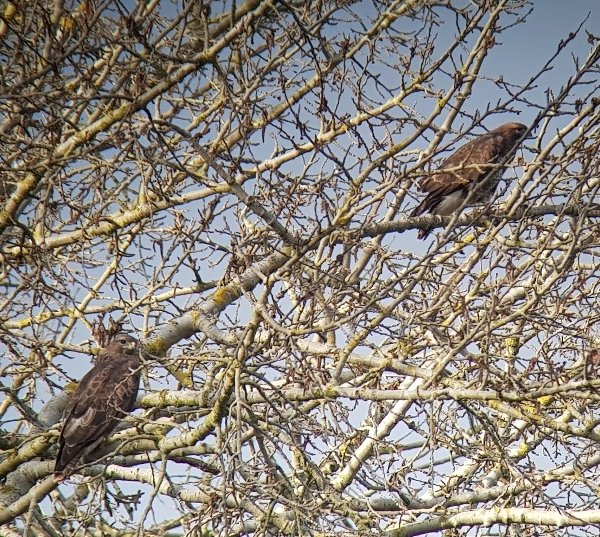 two Buzzards in the meadow trees