ALL DAY VISIT TO LAMBERT’S CASTLE AND LYME REGIS

It was blissfully peaceful and calm today, no wind whatsoever, perfect for birding in woodland and in open meadows. We decided to visit Lyme Regis today to try to see the wintering Purple Sandpipers before they left for their northern breeding grounds, but before that we thought a walk around the meadows at Lambert’s Castle might produce a few migrant species.

Before we even left the flat I notched another year tick that was visiting our garden, a female BLACKCAP, was my first for the year and a most welcomed garden tick too. 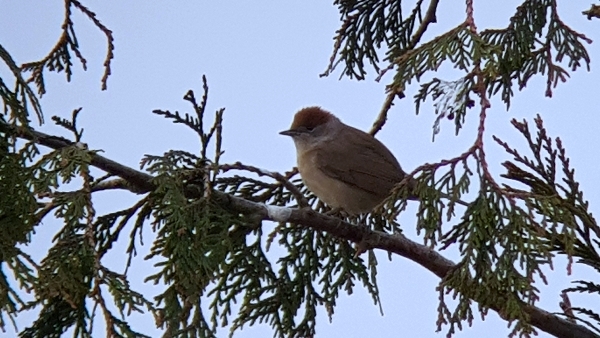 A Blackcap, females have a brown cap, this one was seen at Lambert's Castle

With that one in the bag we set off at 8:30am and drove towards the coast at Lyme Regis, about 10 miles inland  Lambert’s Castle sits on a huge escarpment the views into Dorset are stunning and far reaching, you can see as far as Portland and Weymouth to the east. 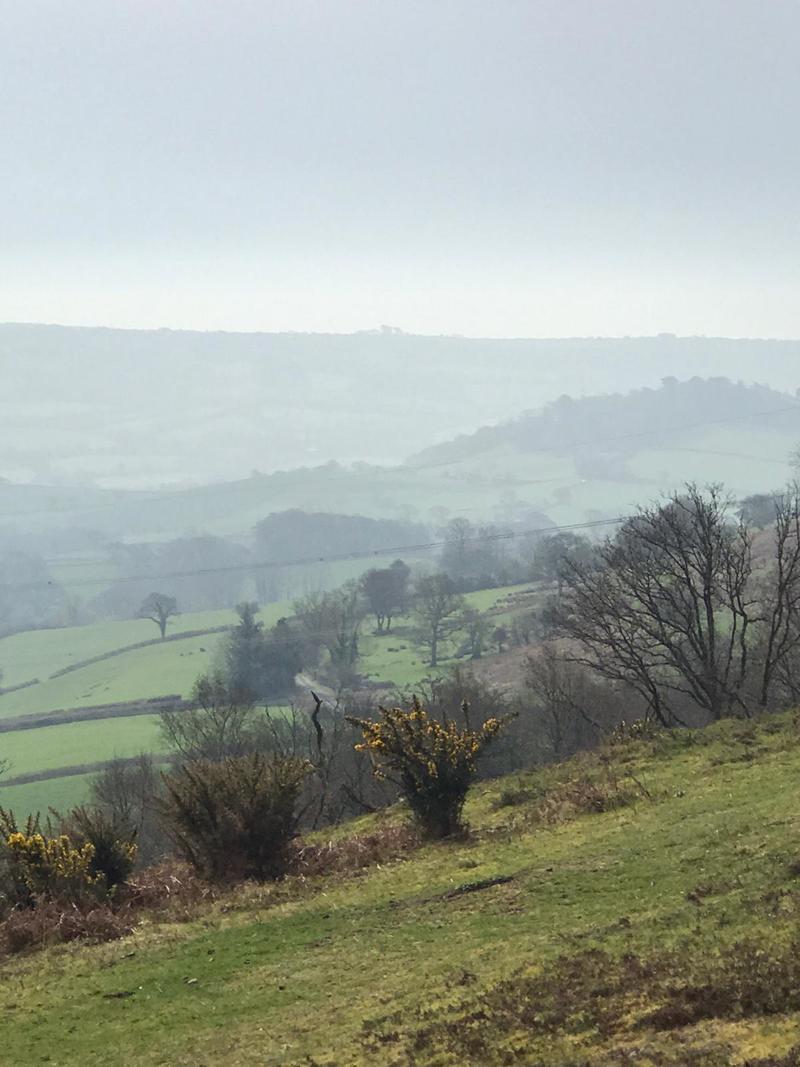 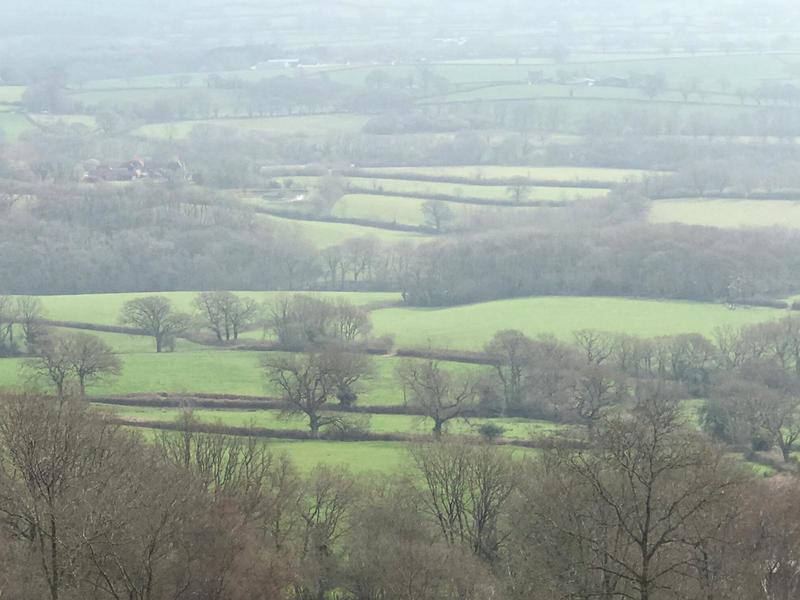 We walked across open meadows dotted with old apple trees and clumps of gorse, the grass was very short due to feeding cattle and it was perfectly still. Both Mistle Thrush and Song Thrush were singing, also Blackbird, Chaffinch, Robin and Chiffchaff could be heard. Very few birds were actually in sight, there was not much movement at all. 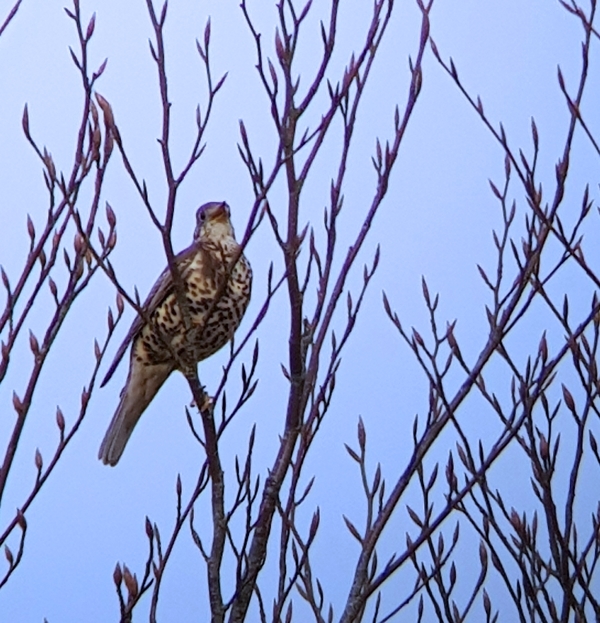 Then we heard a Nuthatch ‘trilling’ and at the same time the higher pitched song of the Yellowhammer, we got the latter in the scope but I messed up most of my pictures except for the one shown below. 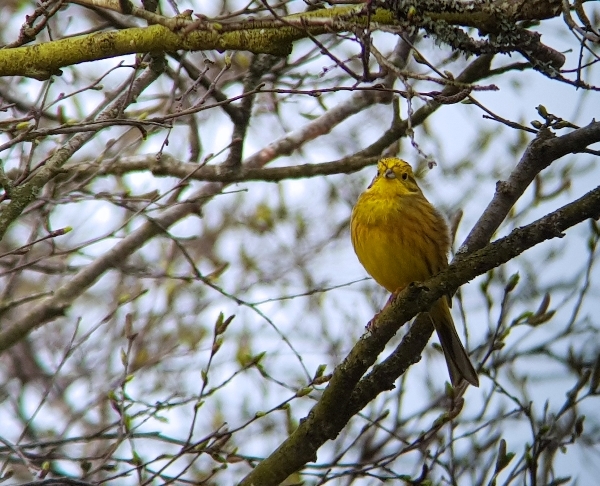 Then our first migrant appeared, it was another Blackcap and also a female, this was followed by Song Thrush and Treecreeper sightings. We finally reached the old ramparts and ditches of the 2,500 year-old Hillfort, but apart from numerous dog walkers we saw very little. On the way back to the car we added Linnet, Meadow Pipit, Goldfinch, Greenfinch (heard only), Chaffinch and Stonechat to the list.

We then drove to the coast and parked in the village of Uplyme where a wonderful footpath follows the River Lim to the sea at Lyme Regis. The path takes you past mature gardens, woodland and a couple of meadows, it is a great river habitat and ideal for Dippers. We had three sightings of Dipper but unfortunately none of them was of the bird perched, we also saw Grey Wagtails and many common species. 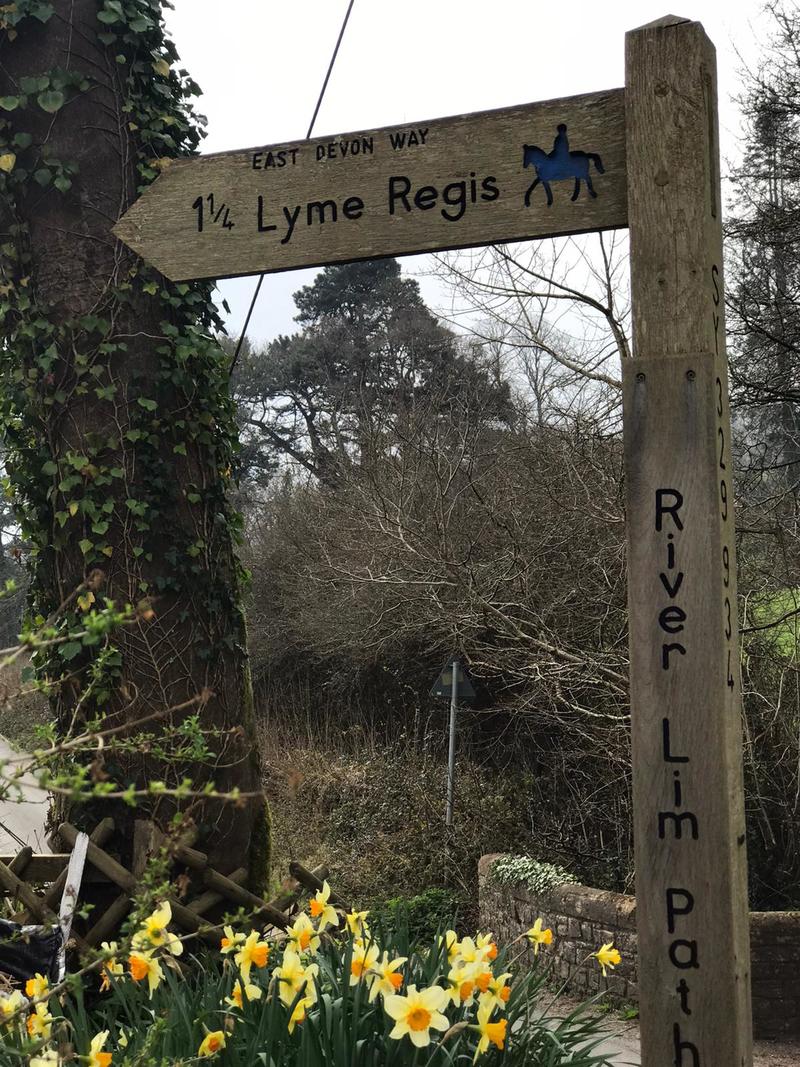 From various lookout points we stopped to survey the river and found two Wren’s nests being built, a Blackbird collecting food for its chicks and a second Blackbird collecting nesting material. We heard another three Nuthatches, lots of Chiffchaffs but not a single Blackcap or Willow Warbler was in song. 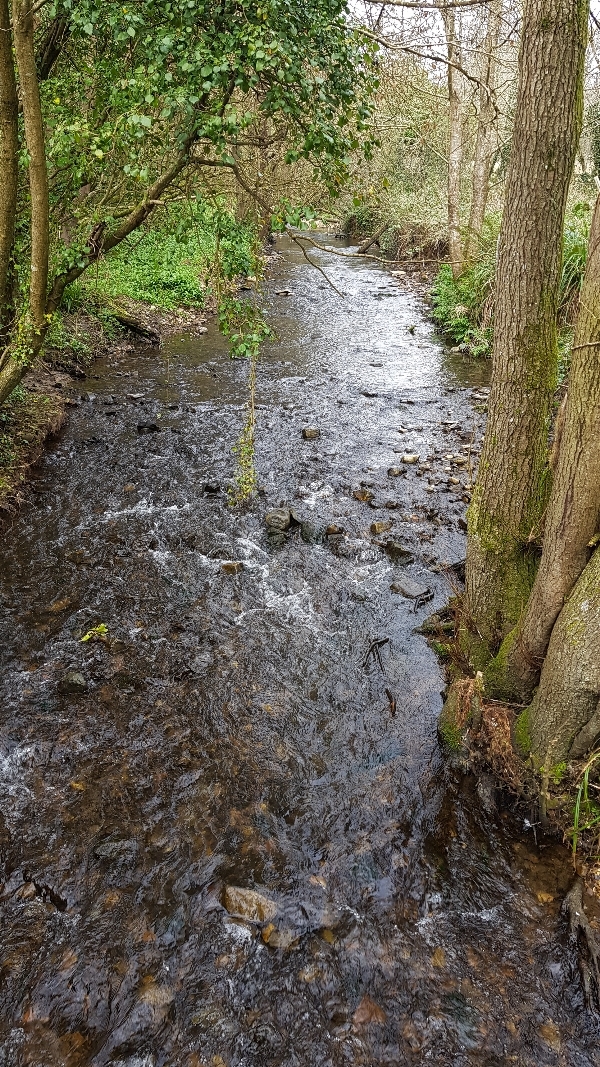 the River Lim, an ideal habitat for Dippers and Grey Wagtails

Near the seaside we sat on a bench and ate a lunch of good old Fish n Chips, we have found a superb chippy that serves a terrific meal. During lunch we had another two Dipper fly-bys and we watched House Sparrows, Dunnocks and Robins come down to the river to bathe.

Once on the sea-front we walked all the way to the small, sheltered harbour, the tide was extremely low and most boats were standing on the mud. A small area of water in the harbour held dozens of Herring Gulls and to my great delight the over-wintering EIDER DUCK was still present. This bird is a male and is looking fantastic in his bright summer plumage. 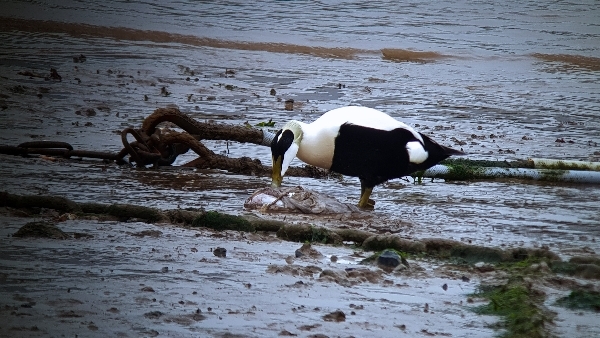 I hoped that the wintering PURPLE SANDPIPERS were also still around so I walked to the end of the concrete breakwater  called the Cobb to view the pile of stones which act as an extension to the breakwater. I scoped the rocks and found Cormorants, Herring Gulls, G BB Gulls and three Oystercatchers but no Sandpipers. 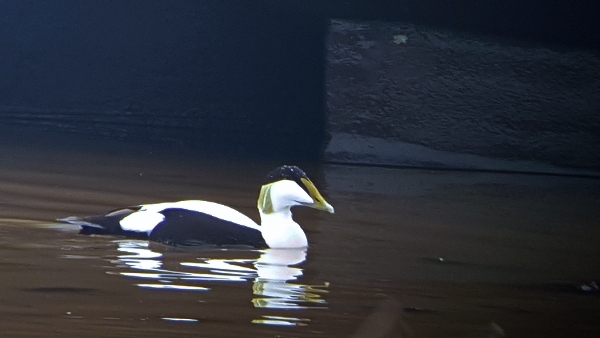 another shot of the supoerb male Eider Duck

After 15 minutes I was about to give up when a flock of small waders flew out from the rocks and circle around the bay before returning, I got them in my bins and confirmed that they were the PURPLE SANDPIPERS.  A little while after they landed they appeared on the rocks, they were fairly distant so my pictures are just record shots. 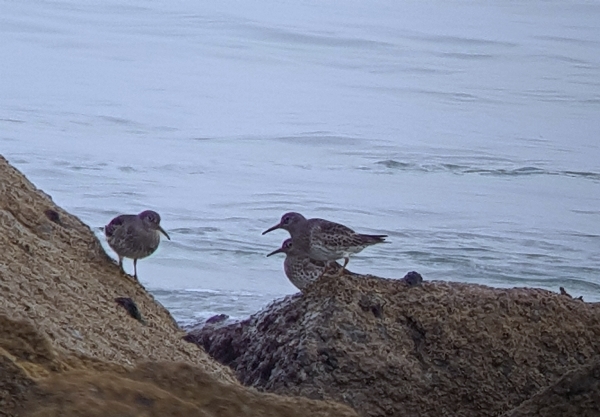 Our walk back was very pleasant but not produce any new birds, we got back to the car at 3pm, we had walked 5 ½ miles and spent four wonderful hours doing it.

There is often a downside to great day out, and ours today, was a visit the mother-in-law on the way back, I guess it wasn’t too bad as we had not seen her since Christmas!!

THE March list ended with a total of 97 species