Today was a complete contrast to yesterday, it was bright and sunny for most of the morning, with a very light breeze that had a chill to it. It lifted my spirits and cheered me up no-end. I saw a Willow Warbler in the garden sycamores, a garden first and also a Coal Tit in the fir trees across the road! That was a great start to the day and maybe an omen of things to come?

Dawn and I set out around 8:30am, we drove the five miles to Ilchester where we parked the car and walked out to Pill Bridge. At the bridge we set off south along the high bank of the River Yeo. 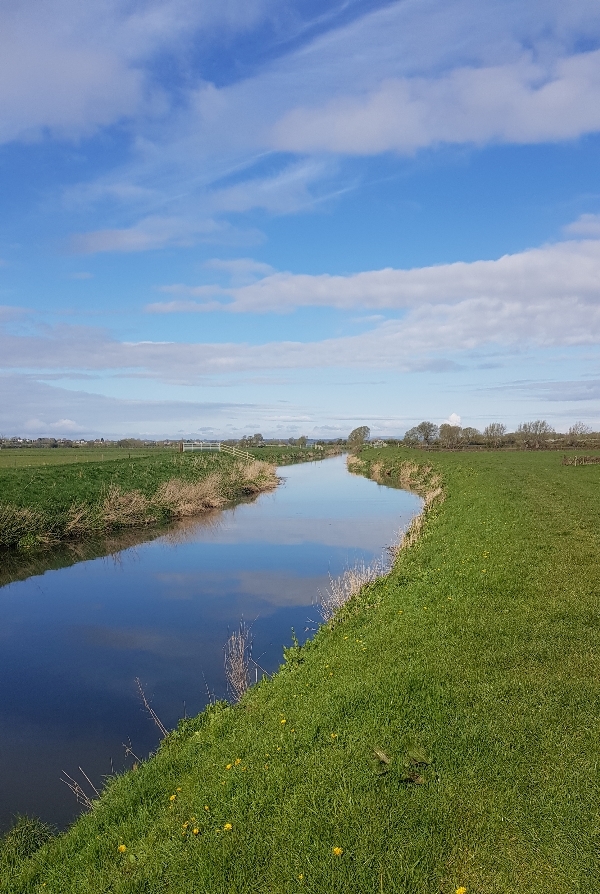 From the car to the bridge the track has mature hedgerows on either side, we saw Linnets, Goldfinches, Dunnocks, Wrens, Robins and Blackbirds along this section of the walk. From the bridge we scanned the fields for Common Cranes, they did breed there last year and have been seen recently but not by us today. 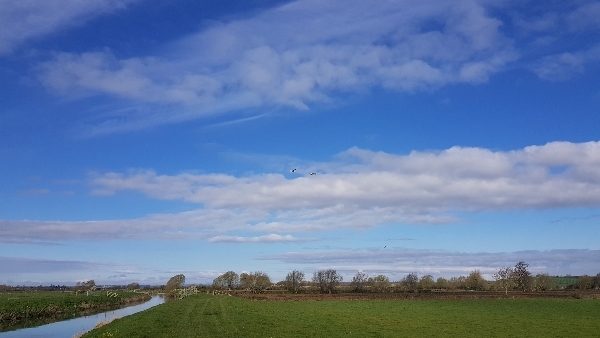 A BIG SKY - there are two Swans in this picture, bet you can't find them

Out on the moor you have a terrific field of view and a big sky, we could se for miles in all directions we couldn’t hear any traffic and there was another sole in sight. The walk along the river is 2  ½ miles long we spent a couple of hours doing it. The breeze was in our faces so it keep us quite cold but the sunshine counteracted its effect. 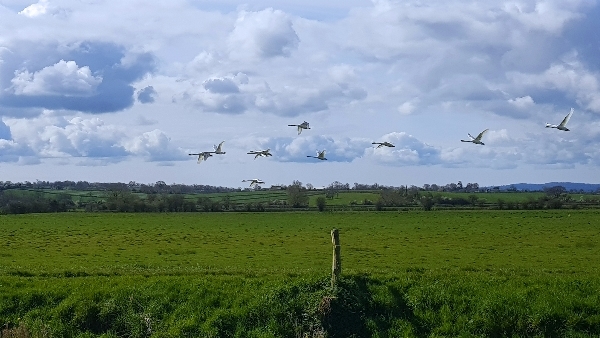 A phalanx of flying Swans

Between Ilchester and Long Load (the track takes you to Little Load in reality) we searched for Yellow Wagtail, Common Crane and maybe an early Hobby, none of which showed up! One distant field had three Roe Deer in it and we flushed another one much closer. Another field held over forty Mute Swans, it was obviously a roost-site, many of the birds took flight, setting off in all directions to feed for the day, a group of ten flew right over us. 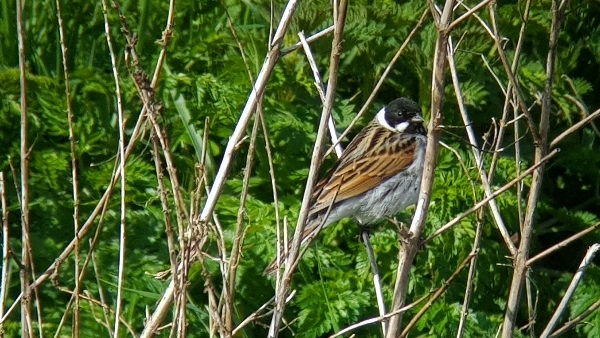 Our first migrant was a Chiffchaff and then we saw a `Common Sandpiper, it flushed, flew ahead of us and landed on a fence support! Click, click did the trick.  Then we found a rresident species, a Reed Bunting. 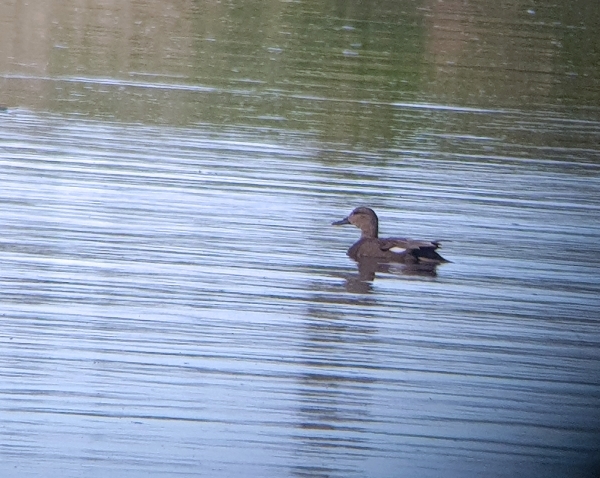 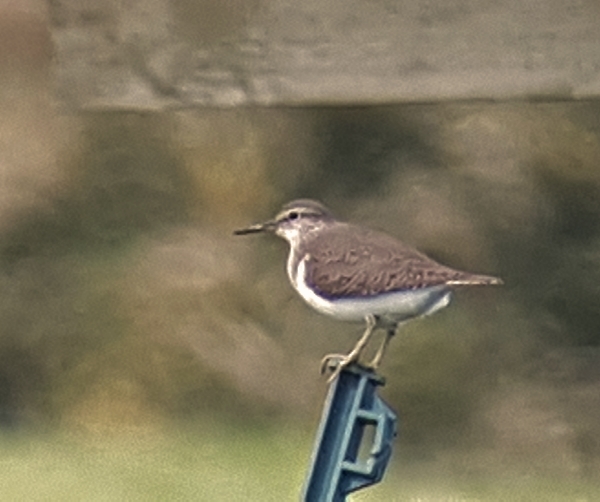 We then watched Grey Heron, a pair of Gadwall, a few Canada Geese and we found a lovely pair of Northern Lapwings in a field of sheep. These beautiful meadow-waders will breed nearby. As we approached Long Load a few butterflies took to the wing, Dawn spotted our first Green-veined White Butterfly, we enjoyed several sightings of that species and also Small Tortoiseshell and Peacock Butterflies. 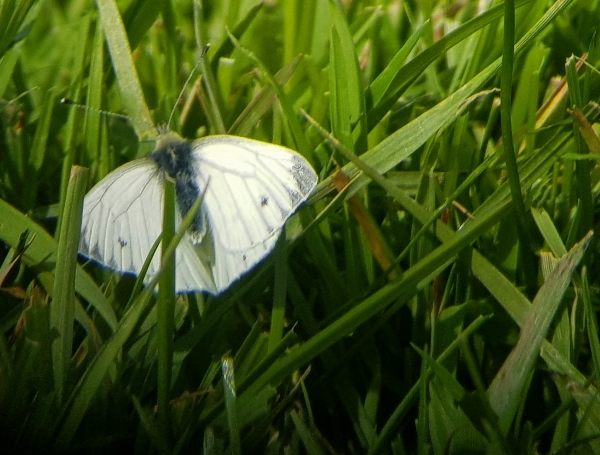 my first Green-veined White of the year - found by Dawn 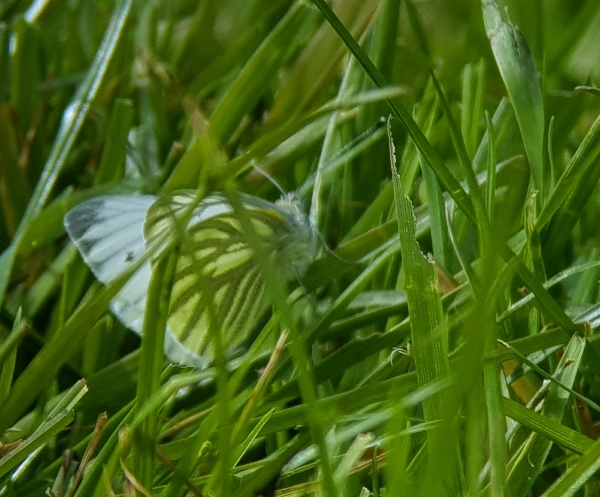 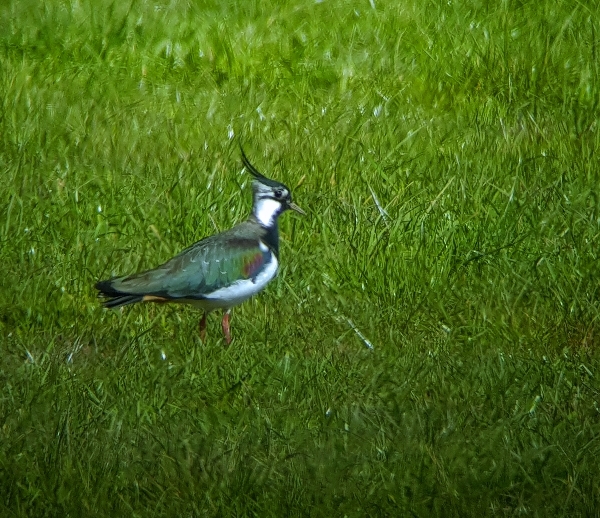 The beautiful Lapwing showing off his head-gear

At the main sluice gate, where King’s Moor Main Drain and Long load Drain flow into the river, we spotted two more Common Sandpipers and a few more butterflies. During that section of the walk we also noted Skylarks, Meadow Pipits and a Pied Wagtail. 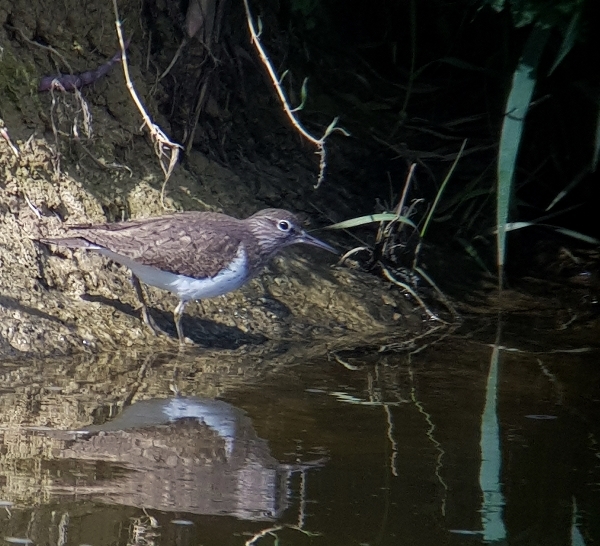 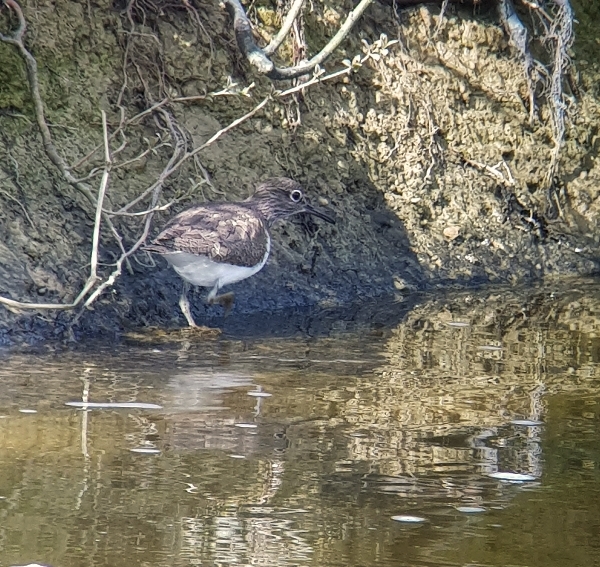 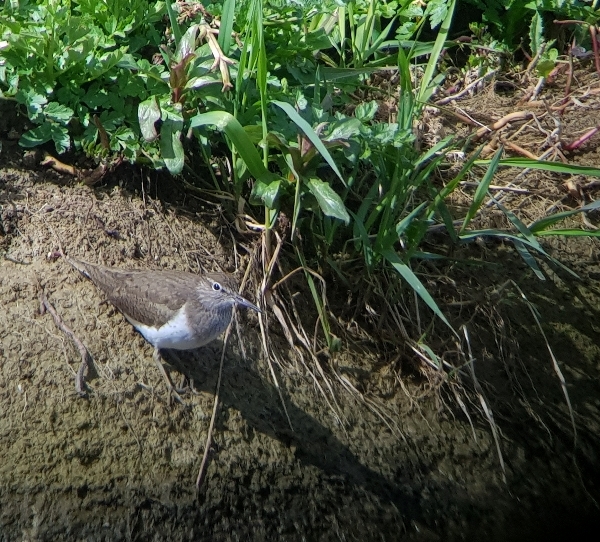 It was 11:30am when we turned around and headed back, one of the first birds we encountered was a Northern Wheatear, it flew off and landed on a distant post, so my picture is only a record shot. I was surprised that we never saw or heard a Reed Warbler or a Sedge Warbler or even a Common Whitethroat! A Common Cuckoo was not out of the question or even a fly-over Osprey. None of those materialised and the only other sighting of note was another Common Sandpiper (probably the same one we flushed on the outward journey). 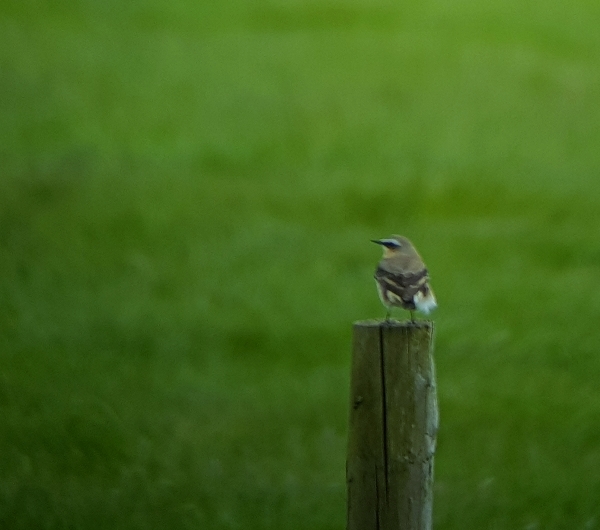 record shot of the Northern Wheatear

We met a local birder called John who told us that he had just seen a male Common Redstart, with a quickened pace we walked to the next field and scanned the hedgerow where he had seen it. Alas the bird had gone but we enjoyed looking and the sheep in the field were amazing, google this type of sheep  Balwen Welsh Mountain Sheep  and see what I mean.

We got back to the car at 1pm, the distance covered was 5 ¼ miles (12,314 steps according to my ‘step counter’ App). We had a great time in lovely sunshine and enjoyed every minute of it. I love it when you have wide open spaces with a wide panorama and a lot of sky in view because you lose that claustrophobic feeling after being more or less house bound for ten weeks or so.

Common sandpiper was my 105th species for April, not a bad tally for the first 9 days of the month.

Last year I heard my first Cuckoo in the Valley on the 12th April, anytime now it will reappear, watch this space!!