It was bitter cold again today, I think we are moving into another ice-age and any thoughts of global warming have been frozen from my mind. However, I still went out early and had some reasonable sightings albeit brief ones. The Butterfly Reserve at Lankham Bottom sits in a huge natural bowl carved out of the chalk hills some 5 miles to south of Stoford, the steep sided circular grass slopes have some clumps of bramble, blackthorn and hawthorn bushes. 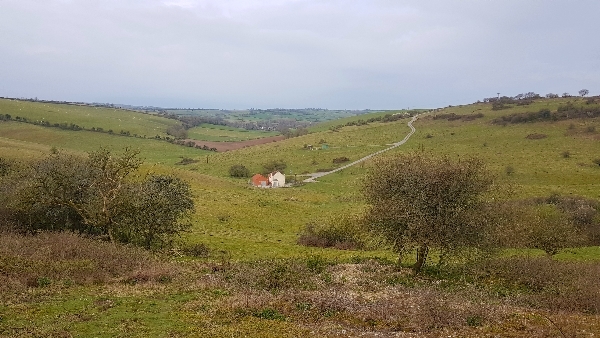 My view down into Lankham Bottom from the entrance gate

Several species of warbler breed at Lankham and passing migrants are often seen there in April and September, but not many were present today. I took a circular path and walked around the entire reserve, I got frozen for very little reward. A couple of Chiffchaff were in song, I also heard Blackcap and a Mistle Thrush sang loudly from the telephone wires to the west of the reserve. 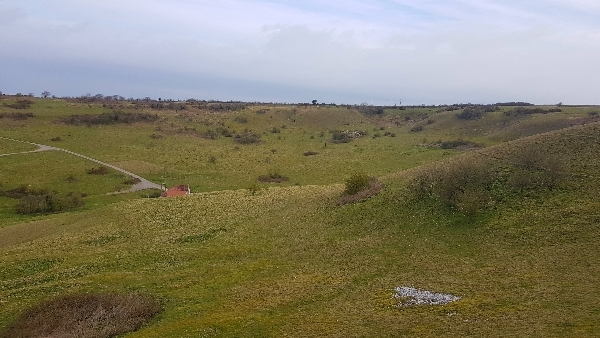 looking back from the south into the huge natural amphitheatre

Linnets and Goldfinches dashed about as did Blackbirds, Robins, Dunnock, Chaffinches, Wood Pigeons and Wrens, I also heard Skylarks in and above the surrounding fields. A ploughed field to the west also held a bunch of Herring Gulls and a few Red-legged Partridges, Crows, Rooks and Jackdaws were always in the sky over the reserve. 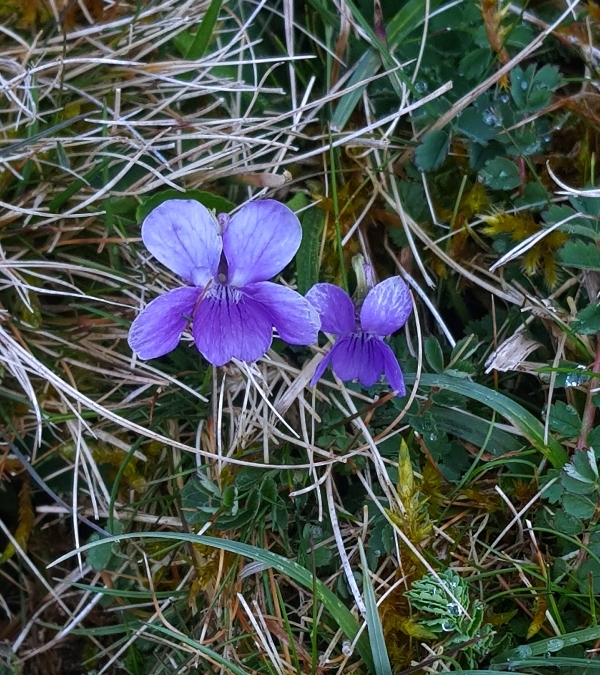 cattle are kept on the resreve throughout the winter to keep the grass short, many spring and summer flowers thrive there, these are Violets

I had arrived at 8am and an hour later I began my walk back to the car, a Yellowhammer started singing from a low hawthorn bush and he was the only bird I photograph at Lankham Bottom. Maybe more species will arrive on their nesting grounds next week, I expect to see Garden Warbler, Common and Lesser Whitethroat in addition to the Chiffchaffs and Blackcaps. 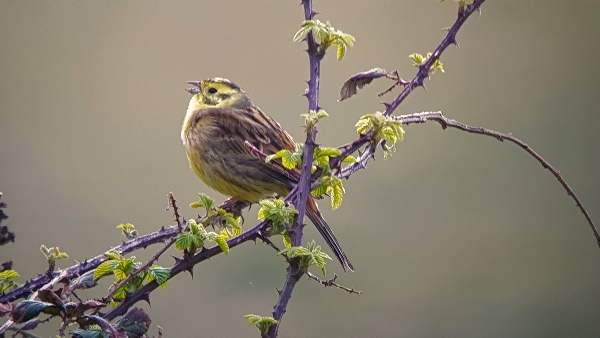 my one and only sighting of Yellowhammer

On my way home I turned off the main road and headed to Sutton Bingham which was surprisingly warmer, the cold breeze did penetrate my clothing so severely there. I stood on the main causeway and watched Barn Swallows and Sand Martins skimming the water, they were also perching on the wire fence next to the road so I took some pictures, it would have been rude not to. 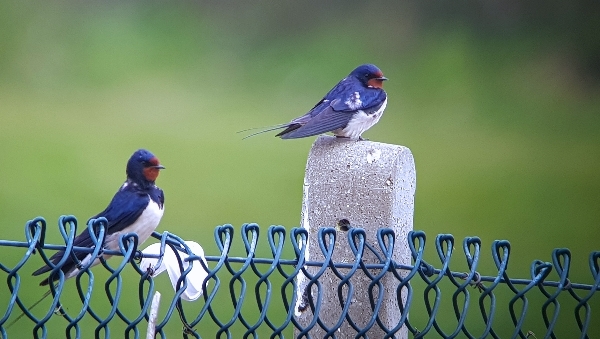 The access gates to the reservoir were locked even though it was 10am. so I drove past the southern end and parked up. A public pathway takes you down through a meadow into a small wooded area where a stream runs into the reservoir. The sun broke through the clouds for short period and I was out of the cold breeze so it felt much warmer down there. 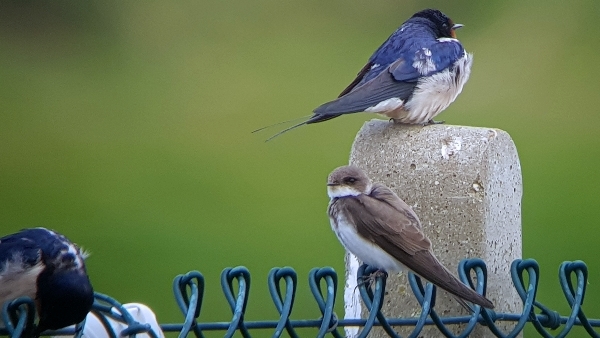 Sand Martin with the Barn Swaallows

I spent an hour enjoying some sightings of woodland species, a Great Spotted Woodpecker was drumming, a Treecreeper appeared a couple of times  Song Thrush sang from deep in the scrub. Both Mallard and Mandarin Ducks flew up from the stream and a Grey Heron flew down into a marshy area. Just before I left a Green Woodpecker flew into the ash trees and  called loudly, probably telling me off for being there! So I left and drove home.

Dawn and I spent the afternoon pottering in the garden and I watched my football team lose yet another match!! Things have to improve soon don’t they?