It was a lot brighter today but it remined very cold, the wind kept the temperature just above freezing. I wanted to see an Early Spider Orchid today and had read that they were flowering on the coast near Swanage, at the same time there was agood chance of seeing a Puffin from the cliffs at Dancing Ledge.

We arrived at 9:30am, parking the car in the village of Langton Matravers near Swanage and set off on foot towards the cliffs at Dancing Ledge. We crossed several grass meadows as we made our way to the cliffs. We noted Linnets, Goldfinches, Skylarks and many common resident species, but, apart from a singing Chiffchaff and a couple of Swallows, we saw no other migrant species. 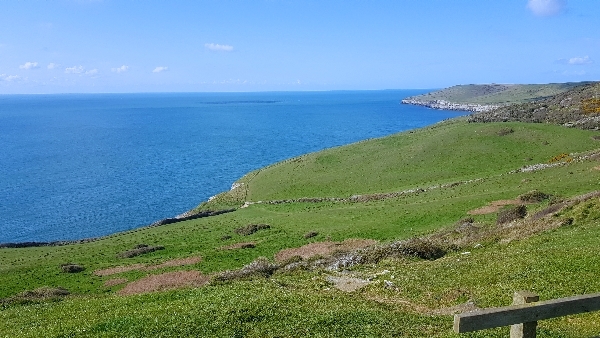 A view of the Jurrasic coastline above Dancing Ledge

In the grass on the steep slope down to the cliff-edge we found our first Early Spider Orchids, just a few were flowering and they were very short stemmed and close to the ground. Dancing Ledge is a large flat area of rock at the base of a small cliff. Dancing Ledge is so called because at certain stages of the tide when the waves wash over the horizontal surface, the surface undulations cause the water to bob about making the ledge appear to dance! 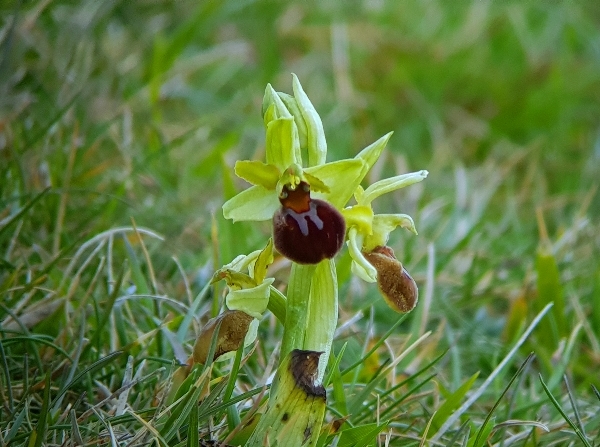 We stood on the cliff above the ledge and scanned the sea to the west, a few Guillemots sat on the water and it took us a good 20 minutes to find our target bird, a Puffin. Even then the Puffin refused to get any closer and we had to make do with scope views and record shots with the phone-camera. 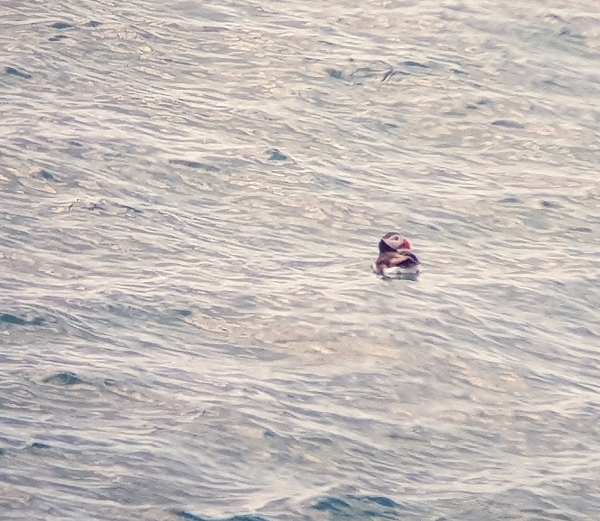 A short walk along the coastal path to the west produced a lot more orchids, many Early Spider Orchids spikes could be seen on the slopes, some were much taller than previous finds. 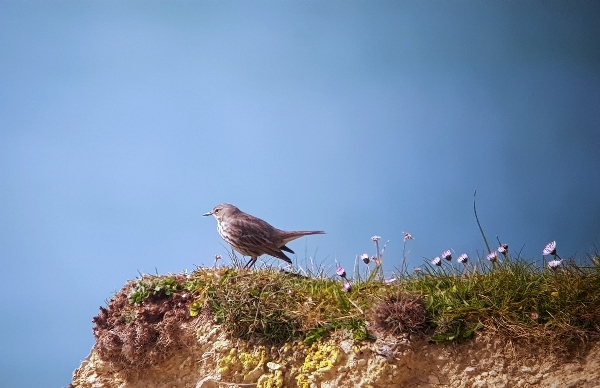 A Rock Pipit sat on the cliff edge posing nicely for us but other than that we saw very few sea and coastal birds. Our walk back was into the wind so we had cold faces by the time we got back to the car. We never stayed much longer, the job was done our targets in the bag, so off we went back home.

Corfe Castle viewed from the road near Langton Matravers